(Reuters) – The defence chief of Myanmar’s shadow government has called for international help to arm its resistance forces fighting the ruling military, requesting support similar to that being given to Ukrainians battling invading Russian troops.

The people of Ukraine and Myanmar’s pro-democracy militias are all fighting for freedom and giving their lives, but those taking on Myanmar’s well-equipped army need more than international solidarity, said Yee Mon, the National Unity Government’s (NUG) defence minister.

“The stance of international community for Myanmar is moral support for us and we are grateful for it. We will be much more appreciative if we get physical support such as arms and funding,” he said in handwritten remarks provided to Reuters.

“With that support, we will be able to end the revolution sooner, minimising the loss of people and their property.”

Western allies have been arming fighters in Ukraine to resist Russia’s invasion, which Moscow calls a “special operation”. Myanmar has been in turmoil since a coup early last year and the United Nations says more than 560,000 people have been displaced by fighting.

The NUG, an alliance of anti-junta groups, declared a “people’s defensive war” in the countryside last year to stifle efforts by the military to consolidate power after its deadly, months-long crackdown on pro-democracy protests. The junta has declared the NUG “terrorists”.

The militias are mostly lightly armed, using rudimentary rifles and homemade explosives to fight the well-equipped military, which has been accused by the United Nations of using heavy weapons and air strikes against civilian populations.

A spokesperson for the junta did not respond to calls seeking comment.

The European Union delegation in Yangon did not immediately respond to a request for comment on Yee Mon’s call.


A State Department spokesperson said in an email the United States continued to press the junta to end violence and was working with partners to restore the country’s path to democracy, but did not provide weapons or any form of military support to any group, individual, or organisation. 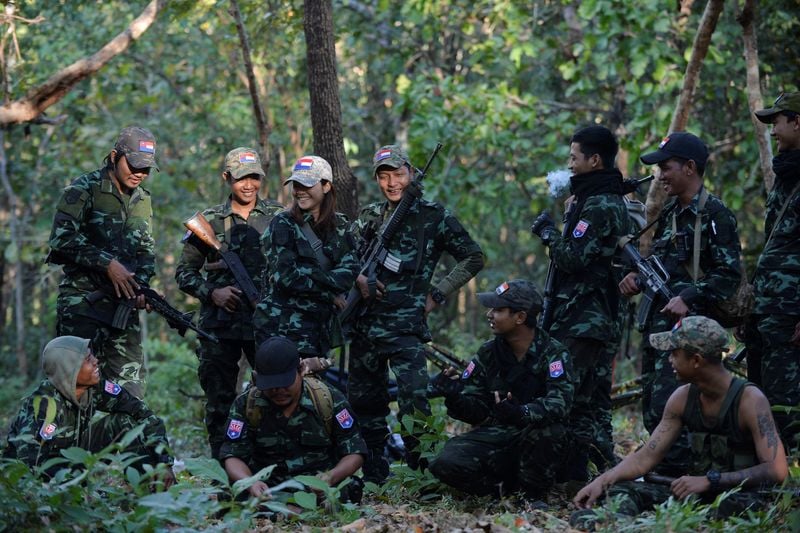