The isolated country is grappling with its first acknowledged COVID-19 outbreak, which it confirmed last week, fuelling concerns over a major crisis due to a lack of vaccines and adequate medical infrastructure.

The state emergency epidemic prevention headquarters reported 269,510 more people with fever, bringing the total to 1.48 million, while the death toll grew by six to 56 as of Monday evening, KCNA said. It did not say how many people had tested positive for COVID-19.

The country has not started mass vaccinations and has limited testing capabilities, raising concerns that it may be difficult to assess how widely and rapidly the disease is spreading and verify the number of confirmed cases and deaths.

“The numbers are simply unreliable, but the sheer numbers of people having fever are worrisome,” said Lee Jae-gap, a professor of infectious diseases at South Korea’s Hallym University School of Medicine.

He said that the death count would surge over time, but that Pyongyang might be tempted to keep the publicly available numbers low to avoid a political crisis.

“I don’t think the North Korean regime can afford to release any surging death toll, which would sour public sentiment.”

Gauging COVID deaths from outside North Korea would require comparing excess mortality figures long after the wave dies down, but the North does not conduct annual census studies, said Eom Joong-sik, a professor of infectious diseases at Gachon University Gil Medical Centre, also in South Korea.


KCNA reported enhanced virus control efforts. It said “a powerful force” of the army’s medical corps was immediately deployed to improve the supply of medicines in the capital Pyongyang, the centre of the epidemic, following an order by leader Kim Jong Un.

The team’s mission was aimed at “defusing the public health crisis” in Pyongyang, it said.

Some senior members of the ruling Workers’ Party’s powerful politburo visited pharmacies and medicine management offices to check supply and demand, KCNA said in another dispatch, after Kim criticised ineffective distribution of drugs.

“They called for establishing a more strict order in keeping and handling the medical supplies, maintaining the principle of prioritising the demand and convenience of the people in the supply,” KCNA said.

Tracing efforts were also intensified, with some 11,000 health officials, teachers and medical students joining an “intensive medical examination of all inhabitants” across the country to locate and treat people with fever.

Still, various sectors of the national economy are maintaining production and construction, while taking thorough anti-virus measures, KCNA added. Kim had ordered that limited activity be allowed in each city and county.

A spokesperson for the U.N. human rights office said on Tuesday that measures taken by Pyongyang to fight COVID-19 could have “devastating” consequences for human rights in the country, as restrictions to curb the virus could limit people from getting enough food and meet other basic needs.

“Children, lactating mothers, older people, the homeless and those living in more isolated rural and border areas are especially vulnerable,” Liz Throssell said in a statement, adding that any measures taken against the pandemic should be proportionate and necessary.


The World Health Organization (WHO) has warned the virus may spread rapidly in North Korea, which had no vaccination programme and declined international help.

Many of the medicines being distributed there are painkillers and fever reducers such as ibuprofen, and amoxicillin and other antibiotics – which do not fight viruses but are sometimes prescribed for secondary bacterial infections. Home remedies such as gargling salt water have also been encouraged.

South Korea offered working-level talks on Monday to send medical supplies, including vaccines, masks and test kits, as well as technical cooperation, but said the North had not acknowledged its message.

An official at Seoul’s Unification Ministry, which handles cross-border affairs, said on Tuesday that there had been no reply yet from the North but that the office plans to “wait without pressing for a response.” 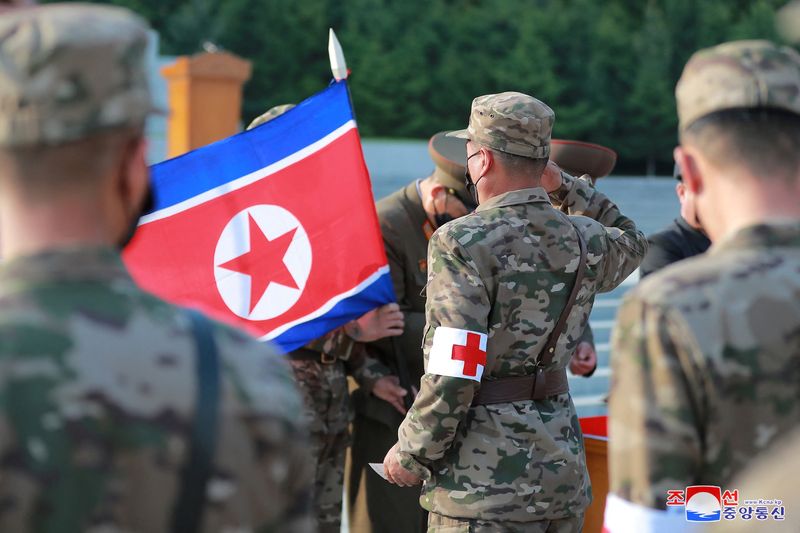 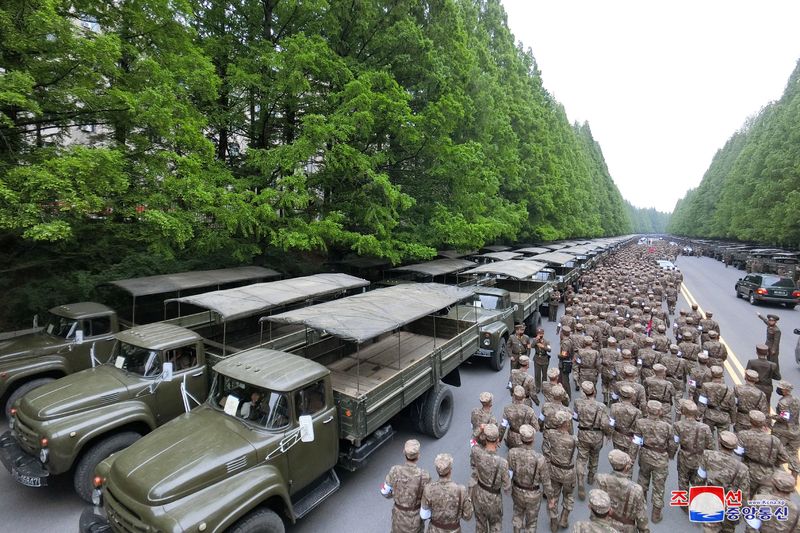 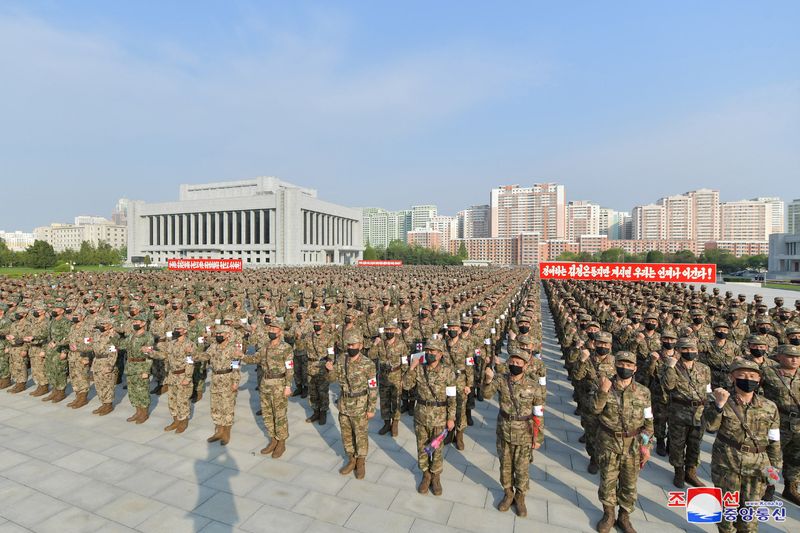 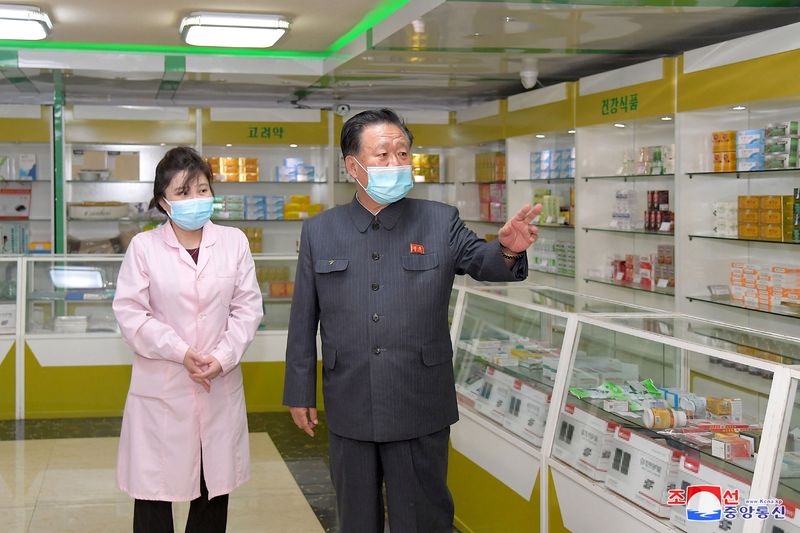 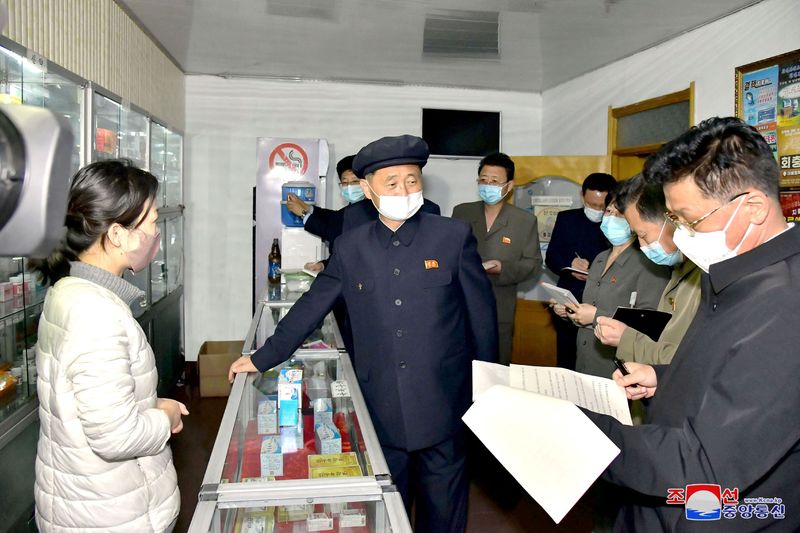 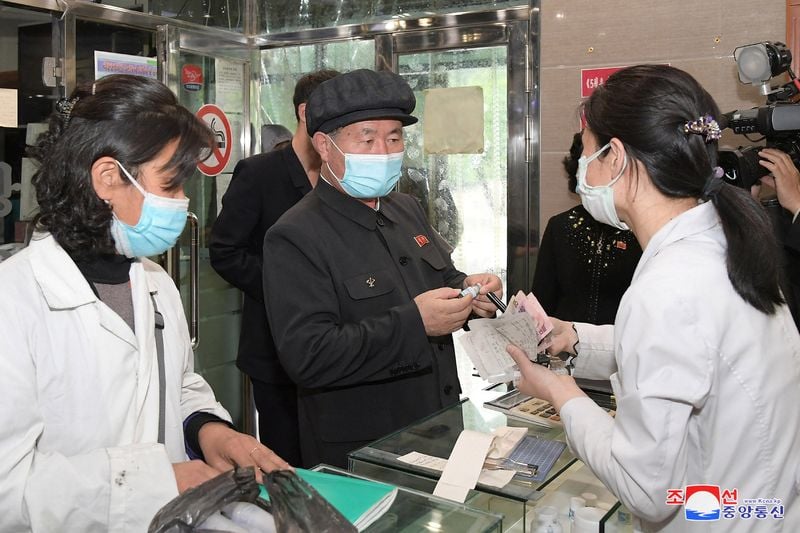