Russia’s share in India’s oil purchases rose to a record 6%, about 277,000 barrels per day (bpd) in April, up from about 66,000 bpd in March, when it was in 10th position, according to the data, which was supplied by trade sources.

Western sanctions against Russia for its invasion of Ukraine has opened a rare arbitrage flow, prompting Indian refiners to increase buying of cheaper Russian oil shunned by many Western countries and companies.

“Prices of Russian Urals crude fell sharply due to sanctions against Russia while Kazakhstan’s CPC blend crude came under pressure as it is loaded from a Russian port,” said Ehsan Ul Haq, analyst with Refinitiv.

Indians had bought stranded Russian oil while some European buyers had bought higher volumes of African and U.S. oil, he said.

The share of African oil in India’s overall oil imports declined to about 6% in April from 14.5% in March, while that of U.S. almost halved to 3%.

Grades from Azerbaijan, Russia and Kazakhstan together accounted for about 11% of India’s imported oil in April, compared with about 3% in March. The share of Middle Eastern oil rose to 71% from 68%.

India’s oil imports from Russia are set to rise further to about 487,500 bpd in May, since refiners have ramped up purchases from Russia, preliminary data from Refinitiv flows show.

Last month, Iraq continued to the top oil supplier to India, followed by Saudi Arabia and the United Arab Emirates.

In April, Indian refiners shipped in 4.7 million bpd of oil, up 6.9% from the previous month and about 11.6% higher than a year earlier, when a second COVID-19 wave hit local oil demand.

“Also the companies got Russian grades at very tempting rates and they had to lift committed volumes under term contract with Middle Eastern producers,” Haq said.

The higher imports from Russia dragged down OPEC’s share of foreign supplies to India in April. 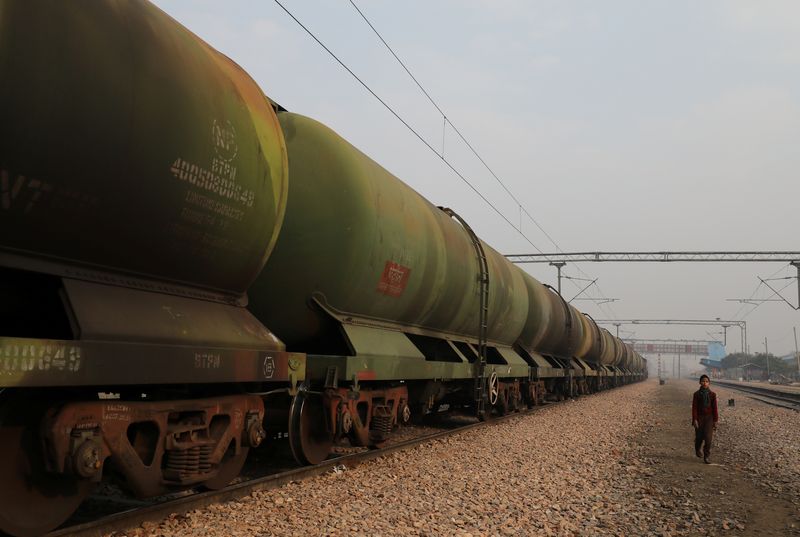