ZURICH – Trading houses can decide for themselves whether commodity deals with state-controlled Russian companies meet the standard of being “strictly necessary” in order to avoid international sanctions, the Swiss agency in charge of enforcement said on Tuesday.

The State Secretariat for Economic Affairs (SECO) had said last month it would judge case-by-case whether such purchases complied with European Union sanctions that Bern has also adopted to punish the invasion of Ukraine.

A SECO spokesperson noted that deals that are strictly necessary to buy, import or transport natural gas and crude oil as well as other raw materials from or through Russia to Switzerland, to a member state of the European Economic Area, or to the western Balkans are still allowed under the sanctions ordinance.

“As in the EU, no prior authorisation or approval by SECO is required for this in Switzerland under the ordinance,” the agency told Reuters by email.

Asked if that meant such deals faced no Swiss scrutiny, the agency said: “SECO does not need to grant an exemption. On the other hand, whether the exception applies must – first and foremost – be assessed by the economic actors themselves. If they are unclear, they can contact SECO. This also corresponds to the regulation in the EU.”

Even though purchases of Russian oil are still allowed in Europe, major global trading houses have scaled back crude and fuel purchases from Russian state-controlled companies such as Rosneft and Gazpromneft to avoid potentially falling foul of EU sanctions under the “strictly necessary” clause that applies from mid-May.

The European Commission this month proposed an oil embargo on Russia, but EU foreign ministers failed on Monday to pressure Hungary into lifting its veto of the plan.

Switzerland, which has said it will adopt EU sanctions against Russia, is a major hub for trading Russian commodities.

Russia calls its incursion in Ukraine a special military operation to disarm its neighbour.

(Reporting by Michael Shields in Zurich; Editing by Matthew Lewis) 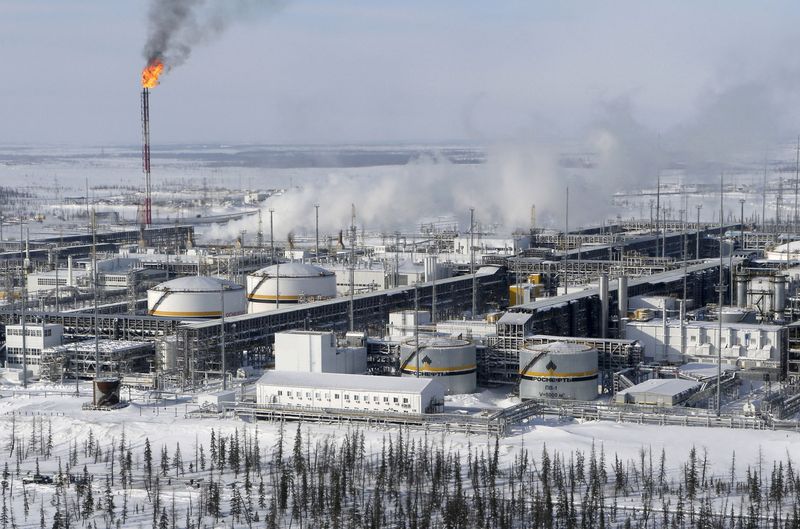