WASHINGTON (Reuters) -U.S. House Democrats on Tuesday unveiled a bill to provide $28 million in emergency funds to the Food and Drug Administration (FDA) to help it respond to a nationwide shortage of infant formula and strengthen supervision of the industry.

The funds would provide the FDA with the resources to prevent fraudulent products from being placed on shelves, a House Appropriations Committee statement said.

They would also be used to strengthen the FDA’s workforce focused on formula issues and increase inspection staff, it added.

“We are making sure that a lack of funding is not a barrier to getting safe formula to parents and to babies,” Committee Chair Rosa DeLauro, who introduced the legislation, told a news conference.

DeLauro said the FDA currently did not have an adequate inspection force to approve more baby formula companies whether domestically or internationally in a timely way.

“I was told that they have only nine people to do this,” she said.

The FDA did not immediately respond to a request for comment.

House of Representatives Speaker Nancy Pelosi has said the chamber would consider the emergency funding bill this week.


The United States has been grappling with a widespread infant formula shortage since top U.S. maker Abbott Laboratories issued a recall in February after reports of bacterial infections.

To increase supply, the United States will allow baby formula imports from foreign makers that do not usually sell their products here, a temporary move that could put more formula in U.S. stores in a few weeks, the FDA said on Monday.

DeLauro called the FDA’s move a step forward but voiced concern it would not do enough to ensure the safety of the formula imports.

“I am disappointed that we will look at both foreign and domestic facilities that are not FDA-approved. I believe we ought to be doing business with FDA-approved facilities,” she said.

Also on Tuesday, Democratic Representative Jahana Hayes introduced a bill to improve access to infant formula for vulnerable families who use the nutrition program for Women, Infants and Children, or WIC Program aimed at low-income families.

“We are in the midst of a national emergency, where families are panicking as they work to prevent their babies from going hungry,” Hayes said in a statement, adding her bill would help improve access and ensure protection from future product recalls.

Meanwhile, Republicans on Monday introduced a separate legislation that would require President Joe Biden’s administration to invoke the Defense Production Act to quickly increase the domestic supply of infant formula.

It would also require the FDA to establish a waiver process to approve the sale of formulas that are already approved for sale in the European Union and to publish safety guidelines for these products, according to a statement from Representative Vern Buchanan, who introduced the bill with Senator Marco Rubio. 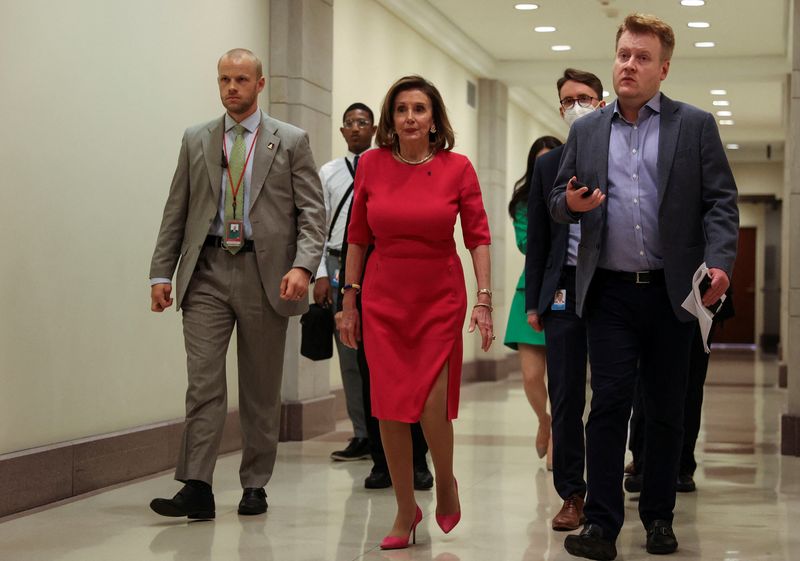 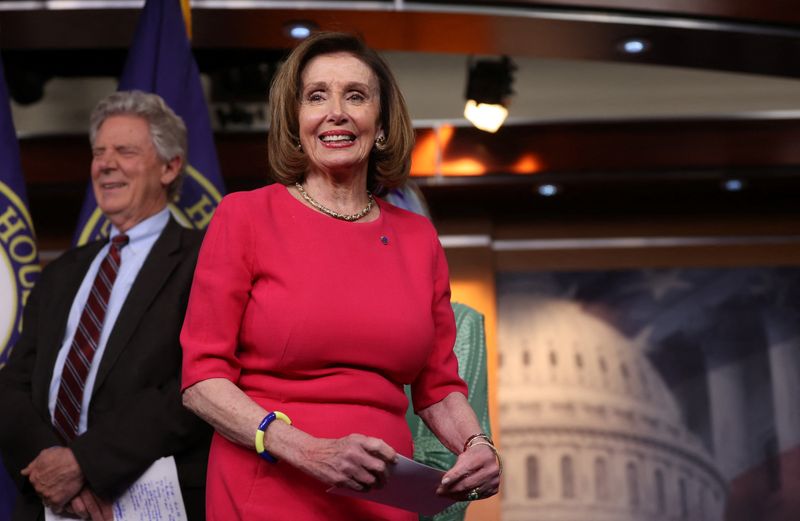 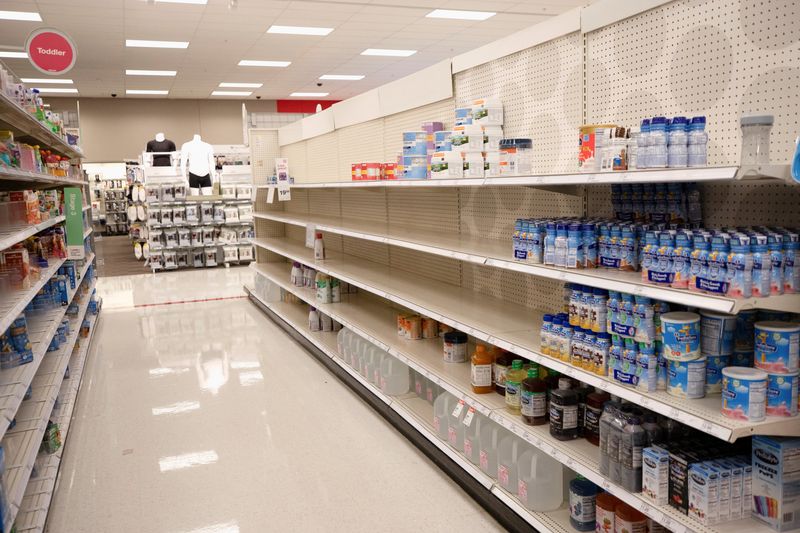 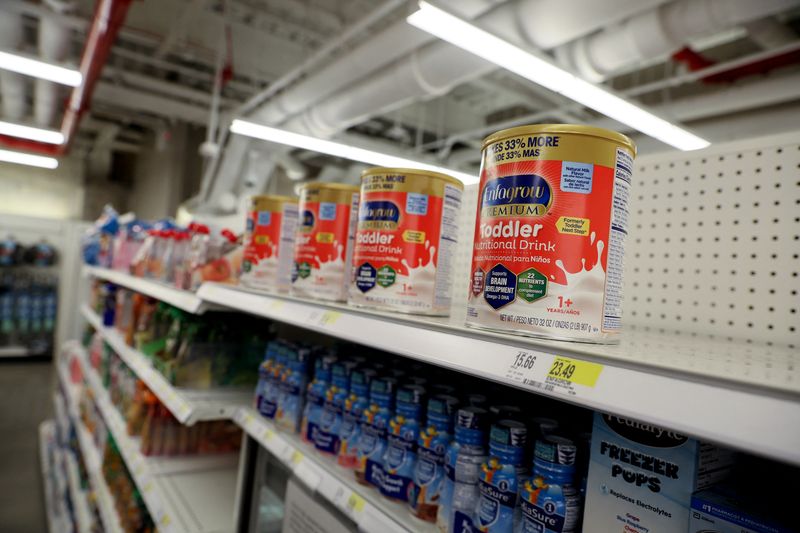 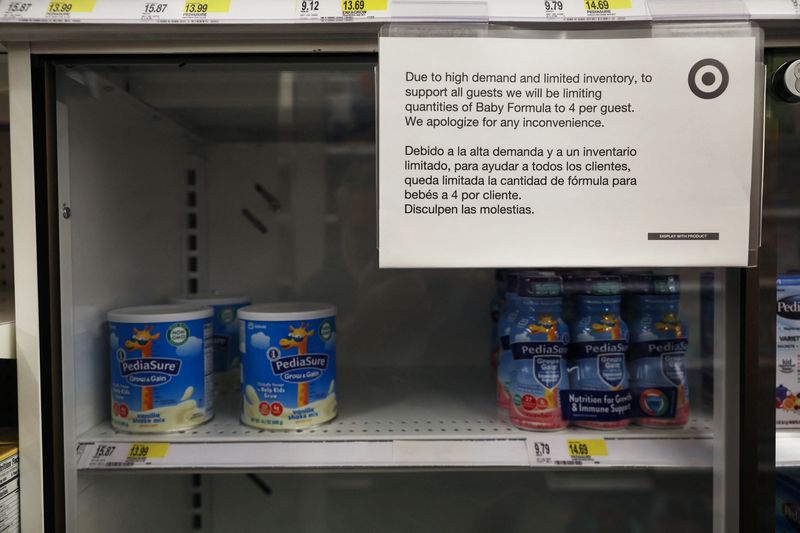 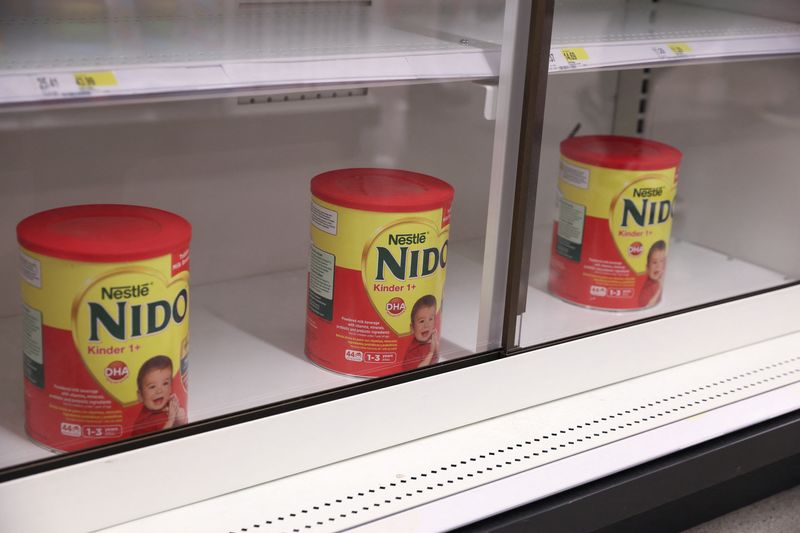