LONDON – One military analyst had a brutally frank message for viewers of Russian state television: The war in Ukraine will get much worse for Russia, which is facing a mass mobilisation supported by the United States while Russia is almost totally isolated.

Since President Vladimir Putin ordered the Feb. 24 invasion of Ukraine, Russia state media – and especially state television – have supported the Kremlin’s position. Few dissenting voices have been given air time.

That appeared to have changed on Monday night when one well-known military analyst gave a blunt assessment to Russia’s main state television channel of what Putin casts as the “special military operation”.

“You should not swallow informational tranquilizers,” Mikhail Khodaryonok, a retired colonel, told the “60 Minutes” talk show on Rossiya-1 hosted by Olga Skabeyeva, one of the most pro-Kremlin journalists on television.

“The situation, frankly speaking, will get worse for us,” said Khodaryonok, a regular guest on state TV who gives often candid assessments of the situation.

He said that Ukraine could mobilise 1 armed million men.

Khodaryonok, a military columnist for the gazeta.ru newspaper and a graduate of one of Russia’s elite military academies, cautioned before the invasion that such a step would not be in Russia’s national interests.

Russia’s invasion of Ukraine has killed thousands of people, displaced millions more and raised fears of the most serious confrontation between Russia and the United States since the 1962 Cuban Missile Crisis.

The war has also shown the post-Soviet limits of Russia’s military, intelligence and economic power: despite Putin’s attempts to bolster his armed forces, the Russian military has fared badly in many battles in Ukraine.

An encirclement of Kyiv was abandoned and Russia has turned its focus instead towards trying to establish control over Ukraine’s eastern Donbas region. The West has supplied billions of dollars of arms to Ukrainian forces.

Losses are not publicly reported but Ukraine says Russian losses are worse than the 15,000 Soviets killed in the Soviet-Afghan war of 1979-1989.

“The desire to defend one’s motherland in the sense that it exists in Ukraine – it really does exist there and they intend to fight to the last,” Khodaryonok said before he was interrupted by Skabeyeva.

The biggest strategic consequences of Russia’s invasion to date have been the unusual unity of the United States’ European allies and bids by Sweden and Finland to join the U.S.-led NATO military alliance.

“The main thing in our business is have a sense of military-political realism: if you go beyond that then the reality of history will hit you so hard that you will not know what hit you,” he said.

“Don’t wave rockets in the direction of Finland for goodness sake – it just looks rather funny,” he said.

Russia, he said, was isolated.

“The main deficiency of our military-political position is that we are in full geopolitical solitude and – however we don’t want to admit it – practically the whole world is against us – and we need to get out of this situation.” 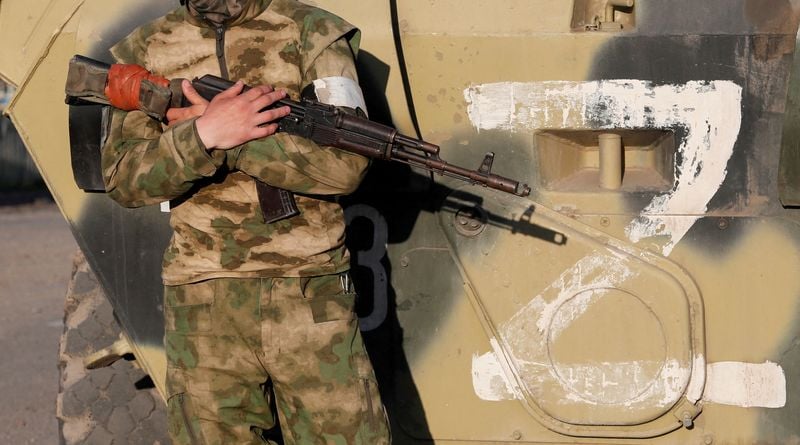