By Bernadette Christina and Fransiska Nangoy

(Reuters) – Indonesia, the world’s biggest palm oil exporter, has since April 28 halted shipments of the edible oil in a bid to flood the domestic market with supplies to control the soaring prices of cooking oil.

Despite these tough policies that have rattled edible oil markets and cost hundreds of millions of dollars in lost revenue, the price of cooking oil, a staple for Indonesian families, has not come down, hitting the approval rating of President Joko Widodo.

HOW ARE INDONESIAN AUTHORITIES TRYING TO REIN IN COOKING OIL PRICES?

Since November, authorities have unrolled a bewildering array of policy measures including subsidies, export permits and a palm oil levy as well as export bans. Still, that has failed to bring the cost of the household necessity made from palm oil and used by most people in the world’s fourth most populous country in line with a government target.

WHAT HAS HAPPENED TO COOKING OIL PRICES?


WHAT IS HINDERING COOKING OIL DISTRIBUTION?

Government efforts to bring down prices include getting state food procurement agency, Bulog, to distribute more cooking oil. But last week Bulog said a regulatory framework was not yet in place, meaning a plan to distribute subsidised cooking oil at the 14,000 rupiah price had not started yet.

Bulog said the regulations were needed to avoid any misstep in implementation and to ensure clarity on how costs would be covered.

The government is setting aside a subsidy to pay producers for any gap between production costs and selling prices.

But for palm refiners to be paid by Indonesia’s palm oil fund agency BPDPKS, a highly detailed list of distributors and retailers must be provided, subject to a state audit and with any errors potentially punishable by jail time.

“The factories have the cooking oil, but they are not selling to consumers,” said Gulat, who believes the system should be streamlined.

HOW DO AUTHORITIES SAY THEY ARE TRYING TO IMPROVE DISTRIBUTION?


The trade ministry on Tuesday announced a programme aimed at ensuring cheap cooking oil reaches low income households in thousands of locations. The statement said retailers would be able to sell bulk cooking oil at 14,000 rupiah per litre to people who provide them with identity cards.

Asked about distribution issues, industry ministry official Merrijantij Punguan Pintaria said there were many components but logistics and transport limitations were key obstacles.

WHAT WILL THE ENDGAME BE?

Jokowi, as the president is popularly known, has said the need for affordable food trumped revenue concerns and the export ban would be lifted only after domestic needs were met. Palm oil traders have speculated the ban could be at least partially lifted soon, particularly with storage tanks filling up.

Politics is likely to play a key part in the timing. A survey this week by pollster Indikator Politik Indonesia showed the president’s approval rating is at a six-year low, largely tied to the rising cost of cooking oil and knock-on inflationary effects. 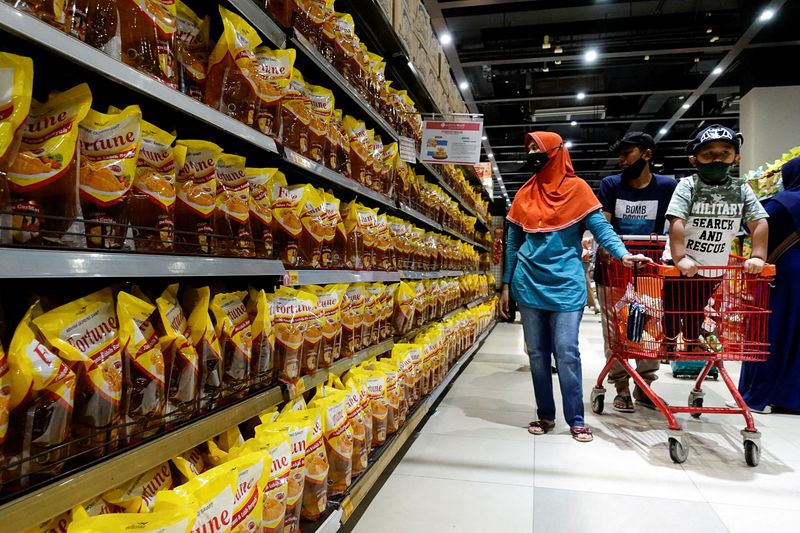 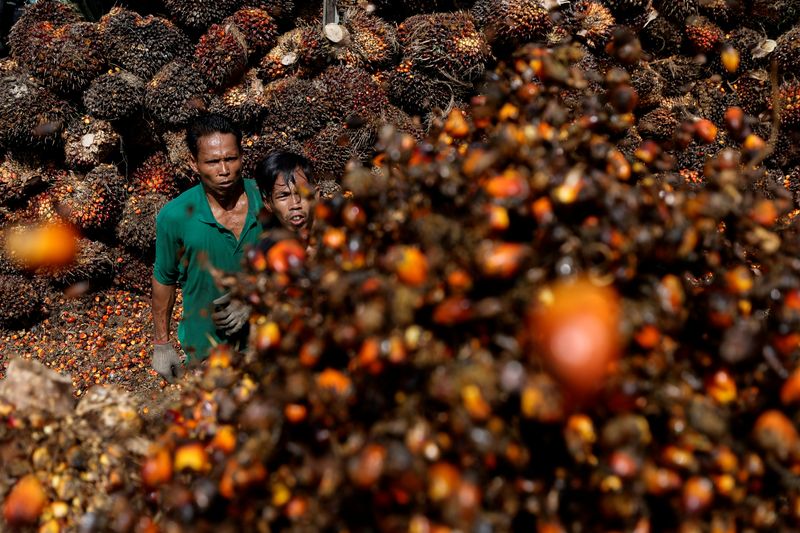