By Sergio Goncalves and Pedro Nunes

LISBON – Portugal’s central bank has opened up its heavily guarded vaults in a small commuter town near Lisbon, giving a rare glimpse of where some of the country’s gold reserves are kept.

The 67,000 square metre compound in Carregado houses an ultra-secure vault where 45% the Bank of Portugal stores 382.6 tonnes of gold. The remaining 55% is abroad, mostly in the Bank of England in London.

“Gold is an important asset for central banks as it is a refuge asset and has no credit risks,” said Bank of Portugal board member Helder Rosalino on Tuesday during the rare media visit to the facility, guarded by armed police officers.

The compound, which opened in 1995, is protected by alarms and surveillance cameras, and its multiple doors have keypad lock systems that have become more sophisticated over the years.

The gold bars, which weigh 12 kilograms (26.46 lb) each, are stacked on hundreds of shelves in a vault behind armoured doors. Only three staff members can open them by using a code on a rotary knob, by turning two keys and then waiting for a fourth person to enter another code remotely from a control room.

Rosalino said that since 1999, when the euro currency was officially created, the value of Portuguese gold reserves has increased by 16.8 billion euros. It rose 4.3% to around 19.8 billion euros last year alone.

He said 2021’s increase was due to the appreciation of the U.S. dollar against the euro. Gold is priced in U.S. dollars.

Portugal has the world’s 14th largest gold reserve, with its value representing the equivalent of nearly 10% of the country’s gross domestic product. 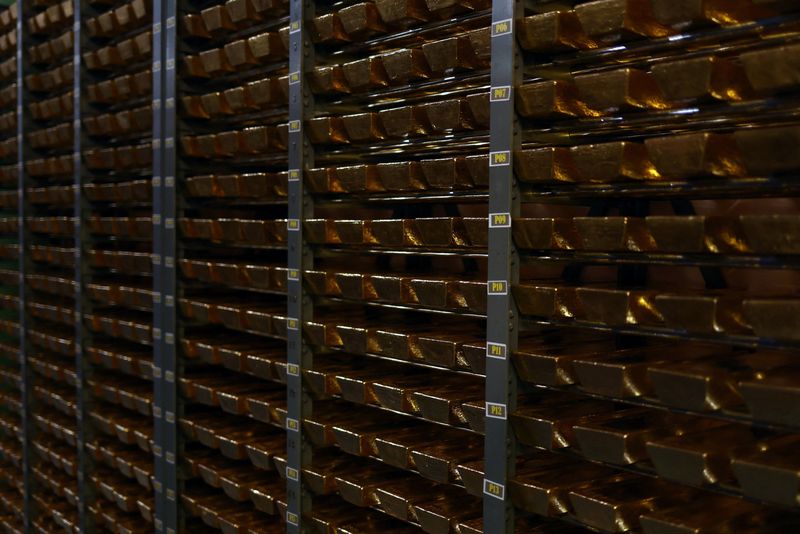 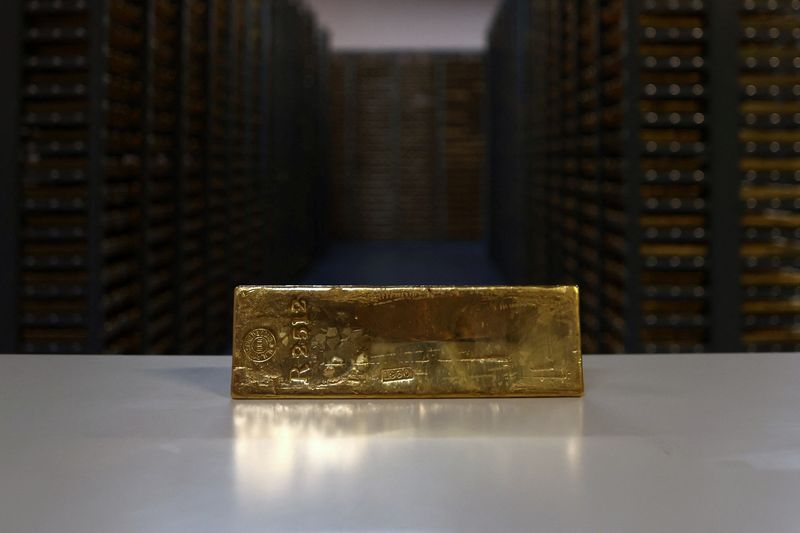