By Jesús Aguado and Emma Pinedo

MADRID -The Spanish economy could grow around 4% in 2022, half a percentage point less than expected in April, as rising inflation hurts consumer confidence and international trade slows, the Bank of Spain said on Wednesday.

The lower envisaged growth rate would bring it in line with the downwards revision this week from the European Commission. It had previously forecast a 5.6% GDP rise for Spain.

In April, the Spanish central bank had already lowered its economic growth outlook for this year and next due to the impact of inflation stoked by Russia’s invasion of Ukraine and forecast inflation would soar to 7.5% in 2022.

“New information following the publication of these projections, including lower-than-expected GDP growth in the first quarter, would point to a further downward revision in the expected GDP growth rate for this year as a whole,” Governor Pablo Hernandez de Cos said on Wednesday.

In its annual report the Bank of Spain added that “in the absence of any additional considerations, this would lead to a mechanical downgrading of about half a percentage point in the average GDP growth rate in 2022”.

Spain’s growth slowed sharply to a weaker-than-expected 0.3% in the first quarter from the previous quarter, leading the government to slash its growth outlook for this year to 4.3% from 7%.

Still, De Cos said the possible new revision of the projections, subject to “extraordinarily high uncertainty”, would remain consistent with the path of gradual economic recovery.

Spain would not reach pre-pandemic GDP levels until the end of 2023, with inflation rates that would remain high in the coming months, before moderating thereafter, De Cos said.

“In coming months the Iberian mechanism to limit gas prices and lower electricity prices – recently approved in Spain and Portugal, in agreement with the European Commission – will foreseeably put downward pressure on energy prices in Spain,” he said. 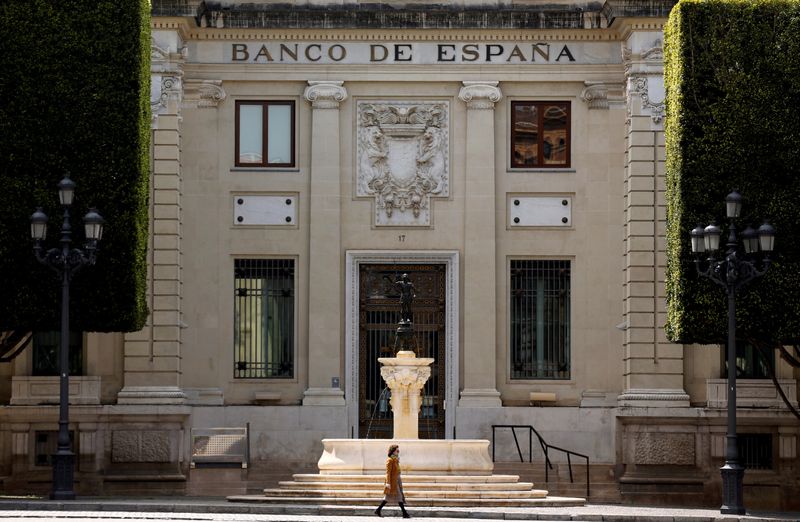