Shares in the company rose as much as 12% in early trading even as the broader market declined amid weaker retail earnings.

Costs across the retail industry have been surging through the pandemic due to supply-chain snarls, production issues and worker shortages, forcing companies from big-box players such as Walmart to off-price retailers such as TJX to protect margins by raising prices.

Walmart on Tuesday lowered its annual profit forecast while rival Target Corp flagged a bigger hit to margins earlier on Wednesday, both reporting a slump in quarterly profits on higher fuel, freight and labor expenses.

“Although freight costs are higher, TJX has been able to offset these with solid pricing, reduced COVID costs, and better operating profits from international (segment) which suffered last year due to store closures,” said Neil Saunders, managing director at GlobalData.

The company reported a profit of $13.23 million in its international segment, compared to a loss of $221.6 million last year.

As inventory builds amid reduced consumer spending, TJX will be able to buy merchandise at steeper discounts, supporting its margins better than other retailers, CFRA analyst Zachary Warring said.

However, the discount retailer cut its annual U.S. same-store sales growth outlook to between 1% and 2% from 3% to 4% forecast earlier.

TJX first-quarter net sales rose over 13% to $11.41 billion, but missed analysts’ average estimate of $11.59 billion, hurt by lower demand at its HomeGoods division.

(Reporting by Deborah Sophia in Bengaluru; Editing by Vinay Dwivedi) 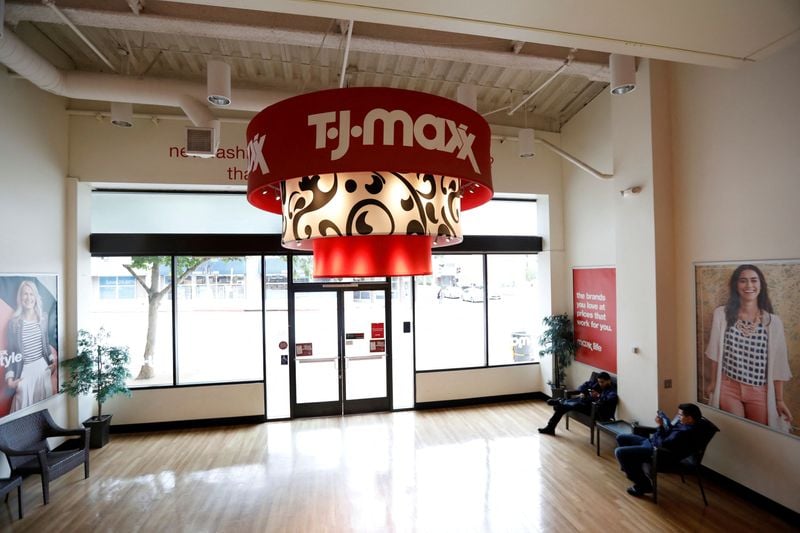