BONN, Germany – The United States is unlikely to extend a soon-to-expire licence that allows Russia to pay U.S. bondholders, Treasury Secretary Janet Yellen said on Wednesday, which could put Moscow closer to defaulting on its debt.

The country has $40 billion of international bonds and last month made what appeared to be a late U-turn by making payments to avoid a default.

But Moscow now faces a May 25 deadline when the U.S. licence allowing it to make payments to U.S. bondholders is due to expire.

Yellen, asked by reporters ahead of a G7 finance ministers meeting in Bonn if the United States would allow the licence to expire, said: “There’s not been a final decision on that, but I think it’s unlikely that it would continue.”

Yellen said: “If Russia is unable to find a way to make these payments, and they technically default on their debt, I don’t think that really represents a significant change in Russia’s situation. They’re already cut off from global capital markets.”

Russia has not defaulted on its external debt since the aftermath of its 1917 revolution and was rated investment grade up until its Feb. 24 invasion of Ukraine. 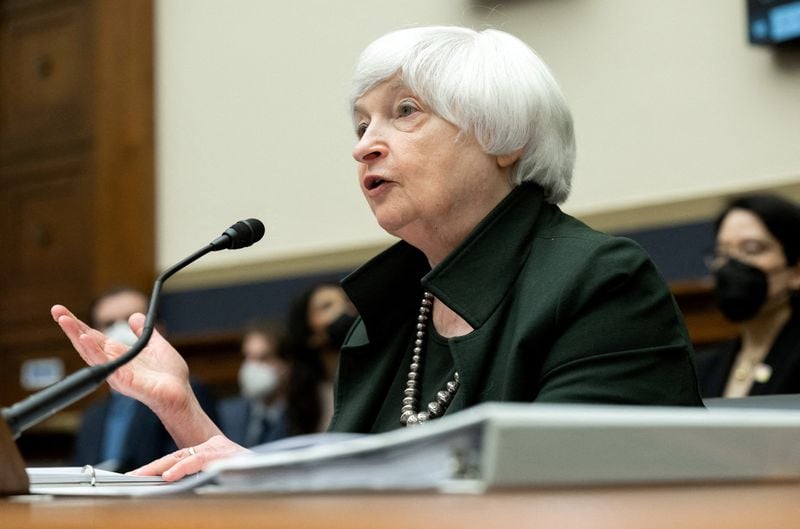