BONN, Germany (Reuters) – U.S. Treasury Secretary Janet Yellen on Wednesday confirmed she is advocating within the Biden administration for eliminating some tariffs on Chinese imports that “aren’t very strategic” but are hurting U.S. consumers and businesses.

Yellen told a press conference ahead of a G7 finance ministers and central bank governors’ meeting that internal discussions are underway about the punitive “Section 301” tariffs imposed by former U.S. president Donald Trump on hundreds of billions of dollars in Chinese goods.

“Some of them, to me, seem as though they impose more harm on consumers and businesses and aren’t very strategic in the sense of addressing real issues we have with China,” she said, referring to unfair trade practices, national security issues or supply chain vulnerabilities.

Reuters on Tuesday reported exclusively that U.S. President Joe Biden will have to resolve the heated debate among his aides over whether to cut the tariffs as his administration tries to battle high inflation, citing sources familiar with the conversations.

While Yellen has argued for removing some of the tariffs, the sources said U.S. Trade Representative Katherine Tai prefers to keep them in place to develop a more strategic China trade agenda that protects U.S. jobs and China’s behavior in global markets. This approach could even include new strategic tariffs.

Many of the goods subject to the punitive tariffs of up to 25% have little to do with the aims of the Trump administration’s Section 301 investigation into China’s misappropriation of U.S. technology and intellectual property. Tariffs on consumer goods from bicycles to apparel were imposed after China retaliated against initial rounds of Trump’s tariffs.

Some economists, both inside and outside the administration, along with many business groups, have advocated for China tariff reductions as a way to help tame high inflation brought on by COVID-19 supply chain disruptions, a strong recovery and food and energy price spikes due to Russia’s invasion of Ukraine.

Yellen has said that tariff cuts may help ease inflation but would not likely be a “game changer.”


“So I see a case not only because of inflation, but because there would be benefits to consumers and firms from…cutting some of them. But we’re having these discussions.”

But she said she respects the opinions that she has heard in the tariff policy debates.

“There are a variety of valid concerns,” she said. “And we really haven’t sorted it out yet — come to agreement on where to be where to be on tariffs.” 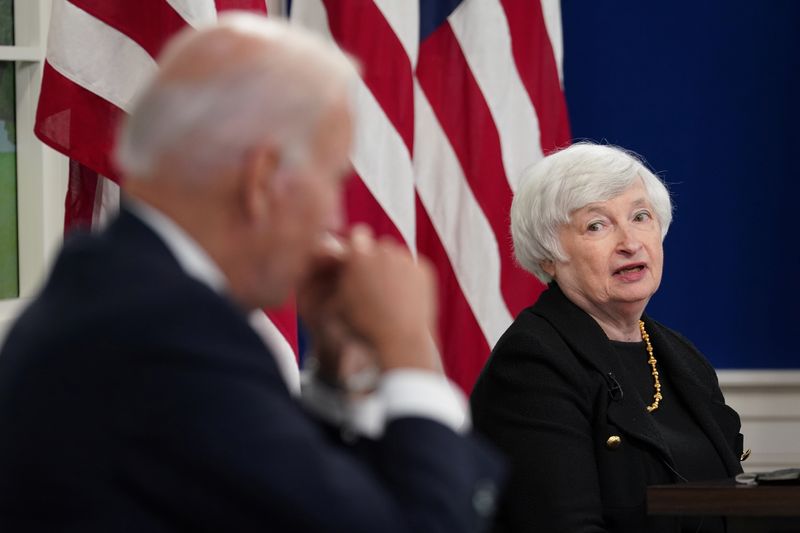