(Reuters) – Ontario, Canada’s most populous province, will hold an election on June 2 with incumbent Progressive Conservative leader Doug Ford favored in the polls.

Andrea Horwath of the New Democrat Party and Steven Del Duca of the Liberal party are his main competitors.

Ford may win 35% of the vote, ahead of Del Duca with 28% and Horwath with 24%, an Abacus Data poll published on Monday showed.

Here are the main candidates and some of their main campaign promises:

Responding to high real estate prices, Ford has committed to adding 1.5 million new homes in the province over the next 10 years. To soften the blow of surging inflation, Ford is pledging to reduce provincial gasoline and fuel taxes for six months if he wins.

Ford’s government, if elected, would also expand eligibility and the amount of a low-income family tax credit. His government has passed an increase the minimum wage to C$15.50 ($12.07) per hour from C$15 that will kick in on Oct 1.

Ford is also promising to invest significantly in infrastructure, including to increase hospital capacity and improve road and rail transport.

Liberal Del Duca, 48, is running to become Ontario premier for the first time, touting Ontario as “a place to grow” under his leadership.

Del Duca would re-purpose money Ford has allocated to his highway infrastructure project to spend C$10 billion ($7.8 billion) to build and repair schools. He is also pledging to cut public transit fares to C$1 per ride across the province, lower the cost of living by building more homes, raise the minimum wage to C$16 an hour, and bring back rent controls discontinued in 2018.

Horwath, 59, represents the largest opposition party in the legislature. With the slogan, “They broke it, we’ll fix it,” the party plans to address the housing crisis in part by creating an annual speculation and vacancy tax on residential property.

This is the fourth time she has run to be the provincial leader.

Horwath says she would cancel “wasteful projects” prioritized by Ford, such as his highway infrastructure project, freeze taxes for low- and middle-income families, and promises to raise the minimum wage to $20 in 2026. 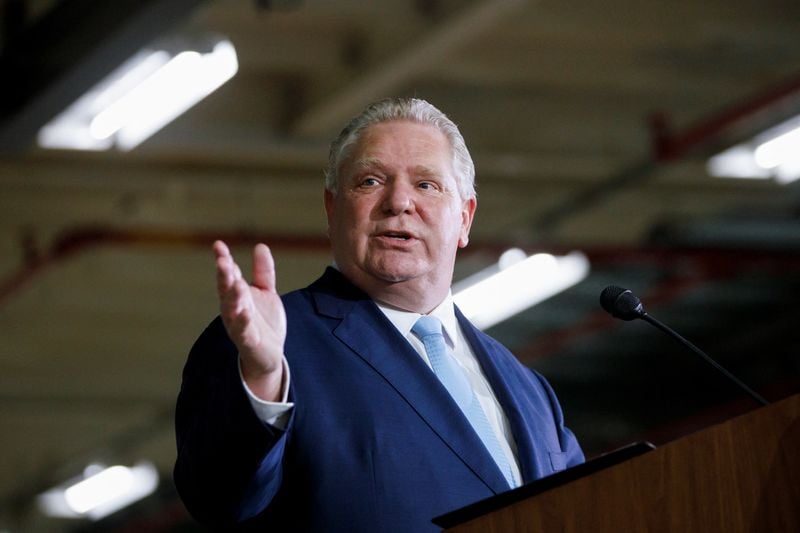 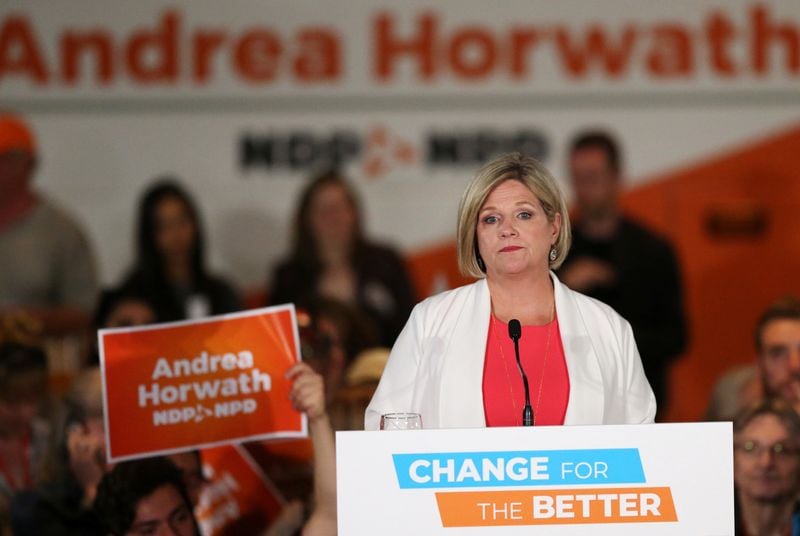 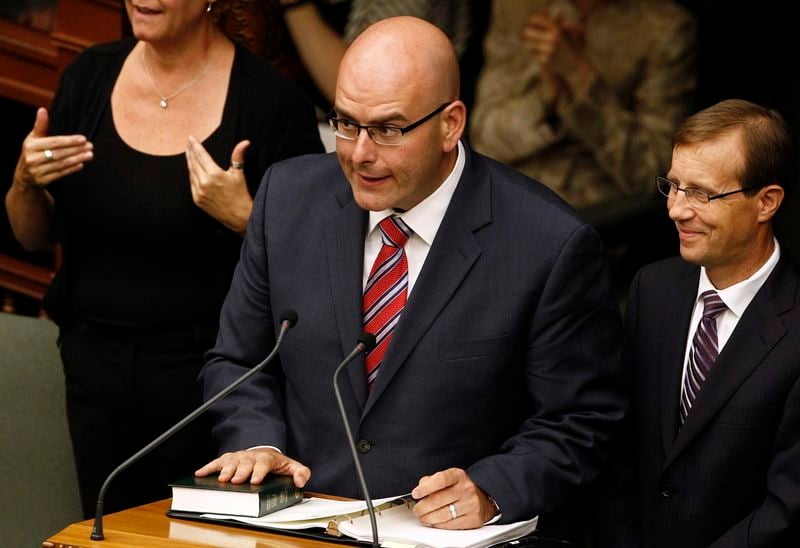