By Dave Sherwood and Matt Spetalnick

HAVANA/WASHINGTON (Reuters) -Biden administration officials are considering inviting a Cuban representative to the U.S.-hosted Summit of the Americas, a person familiar with the matter said, as Washington scrambled to head off a potentially embarrassing boycott by some regional leaders.

Discussion has focused on allowing a Cuban presence at the next month’s Los Angeles summit below the level of the country’s president or foreign minister, but it is at an early stage and no decision has been made, the source told Reuters on Friday.

President Joe Biden’s aides were weighing the idea as his administration began sending out invitations for the summit. But for now U.S. officials declined to say what countries were on the list or whether the leaders of Cuba, Venezuela and Nicaragua would be excluded.

A growing number of leaders, including Mexican President Andres Manuel Lopez Obrador, have threatened to skip the summit unless all countries in the region are allowed to attend.

The prospect for summit no-shows risks diplomatic failure for Biden, whose aides have hoped the summit, held every three or four years, would be a chance to reassert Washington’s commitment to a region it is often accused of neglecting.

It was unclear whether Communist-ruled Cuba, which participated at the head of state level in the last two summits in 2015 and 2018 and has blasted Washington for its handling of the June 6-10 gathering, would even accept an invitation for lower-level observer status. The Associated Press first reported that the idea was under consideration.

The White House and the Cuban embassy in Washington did not immediately respond to a request for comment.


The Biden administration has signaled for weeks that it could exclude the governments of Cuba, Nicaragua and Venezuelan President Nicolas Maduro, saying they did not have respect for democracy.

But faced with pushback from Latin American and Caribbean countries, the White House had held off sending out invitations and refused to release a participants list.

A top Cuban diplomat told Reuters the United States was making a “desperate effort” to impose its will on the Western Hemisphere by determining which countries should be invited.

Cuban Vice Foreign Minister Carlos Fernandez de Cossio, in a written statement, said such a decision was a “reflection of American contempt for our region.”

It was a rebuke to comments on Thursday from Kerri Hannan, U.S. deputy assistant secretary of state for Western Hemisphere Affairs, accusing Cuba of using the summit controversy to distract from allegations of human rights abuses at home.

Lopez Obrador said last week he would not go if Cuba, Nicaragua and Venezuela were not invited. His Bolivian counterpart, President Luis Arce, followed suit.

U.S. national security adviser Jake Sullivan said on Thursday that U.S. Senator Chris Dodd, Biden’s special envoy for the summit, had a “good exchange of views” with Lopez Obrador via Zoom this week, Sullivan said. But he gave no details.


Guatemalan President Alejandro Giammattei said he would not attend, a day after the United States criticized the reappointment of an attorney general it links to corruption.

Nicaraguan President Daniel Ortega said on Wednesday that his government was “not interested” in attending. 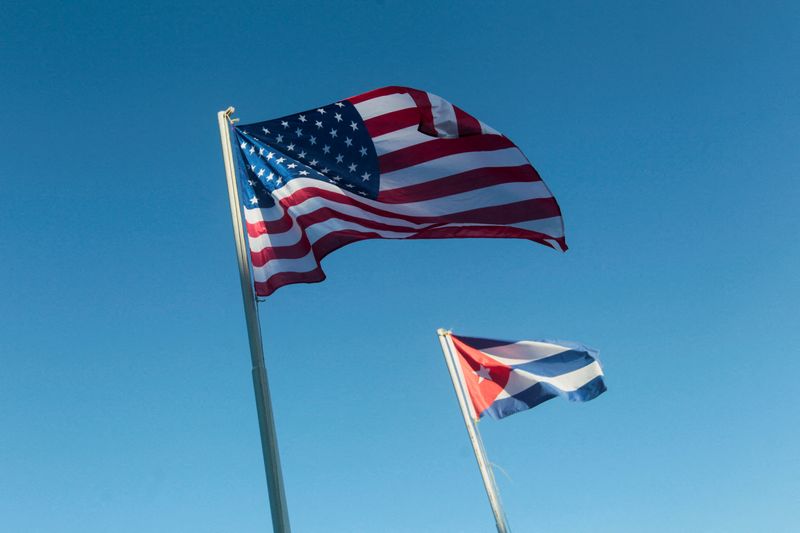