BRUSSELS -The United Nations High Commissioner for Refugees warned on Friday that countries focused on helping Ukraine should not ignore other crises, which were likely to worsen due to the war.

Filippo Grandi said the “colossal crisis” in Ukraine would raise the number of displaced people globally well above the 84 million it reached in late 2021, with some 6 million refugees from Ukraine and 8 million people displaced inside the country.

EU foreign policy chief Josep Borrell, who chaired a meeting of EU development ministers that Grandi attended, said the UNHCR chief told them that the figure was reaching the “red line” of 100 million forced to leave their homes.

“Unfortunately the global displacement crisis is increasing. I think an important message … is that there is not just Ukraine and we should not forget the rest,” Grandi said before the meeting.

“First of all because Ukraine has an impact on many other fragile situations, making them more fragile, food security, energy crisis, price increases, instability and then this in turn can cause more displacement,” he said.

Related News:   Medical Examiner’s Office Running Out Of Room For Dead Bodies Thanks To Fentanyl Epidemic

Grandi urged EU members and other countries not to reduce overseas development aid because of higher spending related to the Ukraine crisis, such as to cope with the influx of refugees, as for example Sweden has done.

“If we do that and at the same time we weaken the response in other places, it will backfire. Then we will have higher costs in other places to cover,” he said.

Borrell said the EU was aware that the Ukraine war had exacerbated the situation in vulnerable areas. The bloc, he said, had already pledged money at conferences for the Horn of Africa and the Sahel and Lake Chad region.

“We are very much aware that after the mask diplomacy, remember at the beginning of COVID, and then vaccine diplomacy, now we are entering a period of food diplomacy,” he said. 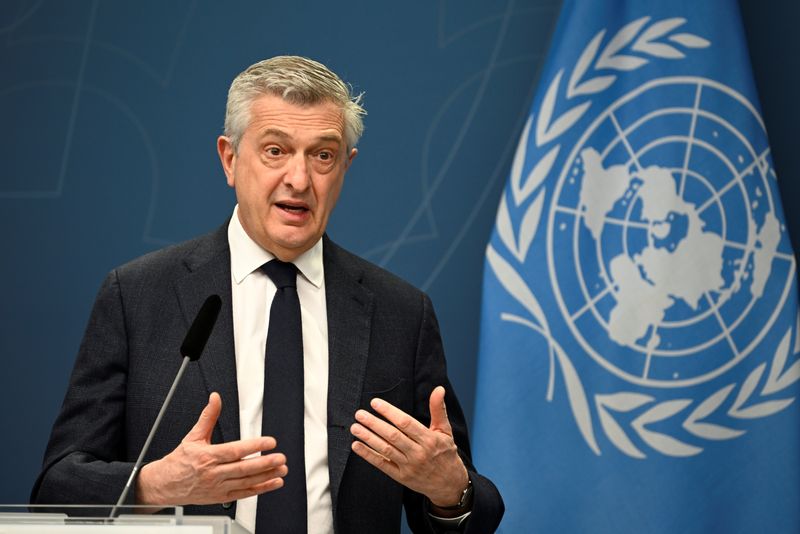