MEXICO CITY – Mexican inflation is forecast to have slowed in the first half of May, although still far above central bank targets, a Reuters poll showed Friday, reinforcing expectations of continued interest rate hikes through the rest of the year.

The median forecast of 10 analysts surveyed was for annual consumer price inflation to have dropped to 7.58% in the first half of May, down from 7.65% in the second half of April.

Annual core inflation, which strips out some volatile food and energy items, was seen at 7.22%, down slightly from 7.27% in the previous two weeks.

Mexico’s government announced a temporary plan to combat inflation earlier this month, but analysts said it is unlikely to have had an impact on inflation so far, instead attributing the drop to recent energy subsidies.

“The levels continue to be high and above the Bank of Mexico’s target. Due to the aforementioned, and in order to take care of anchoring inflation expectations, the monetary authority will have to continue tightening its monetary policy,” said Alain Jaimes, an analyst at Signum Research.

Mexico’s central bank raised interest rates last week by 50 basis points to 7%, the latest in a series of hikes that began in June of last year. Its permanent inflation target stands at 3% plus or minus 1 percentage point.

Compared to the second half of April, headline consumer prices are expected to have dropped by 0.07% in the first 15 days of May, and core inflation is forecast to have risen 0.29%, the poll found.

Mexico’s national statistics agency will publish its official inflation figures for the first half of May on Tuesday. 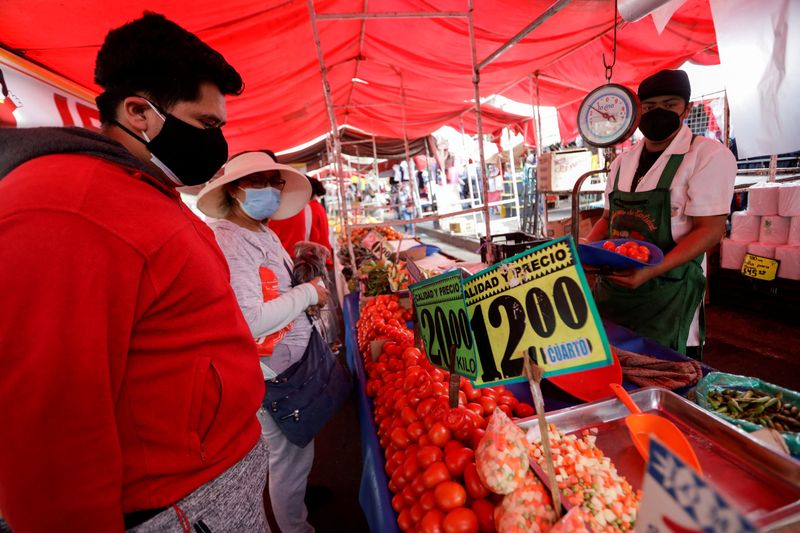