(Reuters) – The U.S. Embassy in Moscow said on Friday that it was surprised but not offended by a proposal to name a nearby intersection “Defenders of Donbas Square”, suggesting disingenuously that it was to honour Ukrainian soldiers fighting Russian aggression.

The Moscow city assembly said on Wednesday that its members were considering naming the intersection after soldiers fighting against alleged “Nazism” in the largely Russian-speaking Donbas region of eastern Ukraine.

Russia says one of the reasons why it sent its armed forces into Ukraine on Feb. 24 was to protect its Russian-speakers from “Nazi” or “fascist” persecution.

Kyiv and the West say the allegation of fascism is a baseless pretext for an unprovoked act of aggression, and the United States has led Western allies in supporting Ukraine with money and heavy weaponry as well as sanctions against Russia.

“Surprised but not offended by the Russian government’s proposal to rename a part of downtown Moscow near the U.S. Embassy ‘Defenders of Donbas Square’, presumably in honour of Ukrainian soldiers bravely defending their homeland from Kremlin aggression,” the embassy said. “The country should know its heroes.” 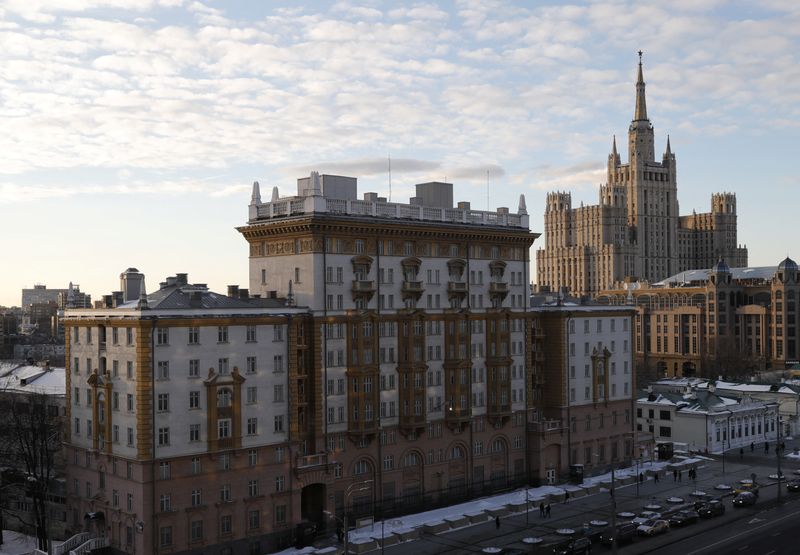