By Joey Roulette and Steve Gorman

The rendezvous of the gumdrop-shaped CST-100 Starliner with the orbital research outpost, currently home to a seven-member crew, occurred nearly 26 hours after the capsule was launched from Cape Canaveral U.S. Space Force Base in Florida.

Starliner lifted off on Thursday atop an Atlas V rocket furnished by the Boeing-Lockheed Martin joint venture United Launch Alliance (ULA) and reached its intended preliminary orbit 31 minutes later despite the failure of two onboard thrusters.

Boeing said the two defective thrusters posed no risk to the rest of the spaceflight, which comes after more than two years of delays and costly engineering setbacks in a program designed to give NASA another vehicle for sending its astronauts to and from orbit.

Docking with ISS took place at 8:28 p.m. EDT (0028 GMT Saturday) as the two vehicles flew 271 miles (436 km) over the south Indian Ocean off the coast of Australia, according to commentators on a live NASA webcast of the linkup.

BUMPY ROAD BACK TO ORBIT

Much was riding on the outcome, after an ill-fated first test flight in late 2019 nearly ended with the vehicle’s loss following a software glitch that effectively foiled the spacecraft’s ability to reach the space station.

Starliner remained grounded for nine more months while the two companies sparred over what caused fuel valves to stick shut and which firm was responsible for fixing them, as Reuters reported last week.

Boeing said it ultimately resolved the issue with a temporary workaround and plans a redesign after this week’s flight.

Besides seeking a cause of thruster failures shortly after Thursday’s launch, Boeing said that it was monitoring some unexpected behavior detected with Starliner’s thermal-control system, but that the capsule’s temperatures remained stable.

“This is all part of the learning process for operating Starliner in orbit,” Boeing mission commentator Steve Siceloff said during the NASA webcast.

The capsule is scheduled to depart the space station on Wednesday for a return-flight to Earth, ending with an airbag-softened parachute landing in the New Mexico desert.

A success is seen as pivotal to Boeing as the Chicago-based company scrambles to climb out of successive crises in its jetliner business and its space defense unit. The Starliner program alone has cost nearly $600 million in engineering setbacks since the 2019 mishap.

If all goes well with the current mission, Starliner could fly its first team of astronauts to the space station as early as the fall.

For now, the only passenger was a research dummy, whimsically named Rosie the Rocketeer and dressed in a blue flight suit, strapped into the commander’s seat and collecting data on crew cabin conditions during the journey, plus 800 pounds (363 kg) of cargo to deliver to the space station.

The orbital platform is currently occupied by a crew of three NASA astronauts, a European Space Agency astronaut from Italy and three Russian cosmonauts.

Russia’s Roscosmos space agency Director General Dmitry Rogozin noted the docking in a social media post on Saturday, adding: “The station is not in danger. Aboard the Russian segment of the ISS there is order.”

Since resuming crewed flights to orbit from American soil in 2020, nine years after the space shuttle program ended, the U.S. space agency has had to rely solely on the Falcon 9 rockets and Crew Dragon capsules from Elon Musk’s company SpaceX to fly NASA astronauts.

Previously the only other option for reaching the orbital laboratory was by hitching rides aboard Russian Soyuz spacecraft. 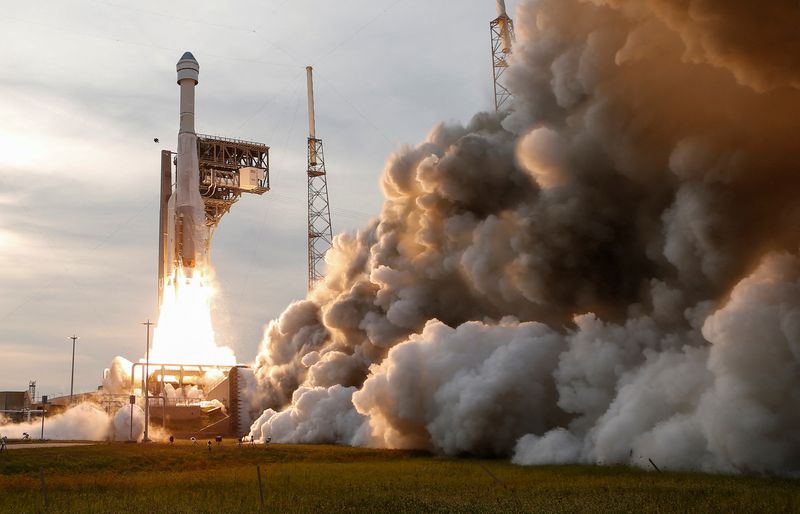 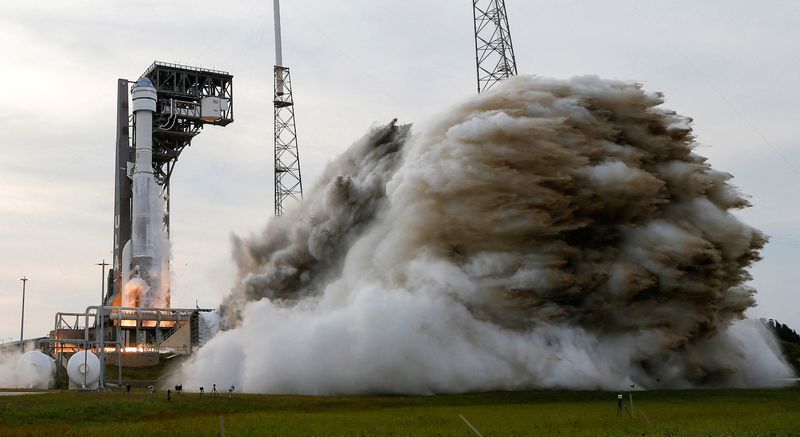 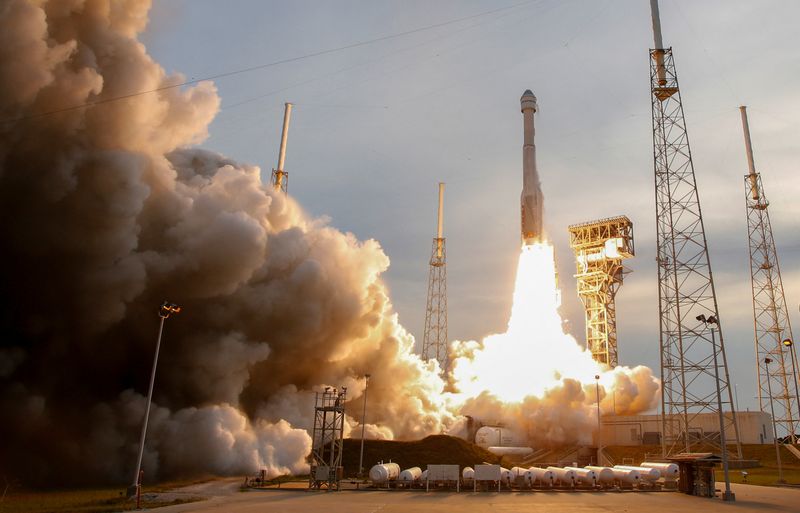