SYDNEY – Australia’s new Labor government will put greater focus on relations with Southeast Asia and climate change, an issue crucial to its Pacific neighbours, as it navigates ties with a more assertive China.

Relations between Canberra and Beijing have deteriorated in recent years, with China imposing trade sanctions on Australian products in response to policies and decisions such as Australia’s call for an investigation into the origins of COVID-19 and its 5G network ban on Huawei. Incoming Prime Minister Anthony Albanese has pledged there will be no major change in China policy under his government.

On Monday, Albanese said the relationship with China “will remain a difficult one”, while Australia’s alliance with the U.S. was “our most important along with our relationships in the region and our multilateral commitments”.

Albanese and new Foreign Minister Penny Wong will face an early test of diplomacy as they fly to Tokyo for a meeting of leaders of the Quad grouping of the United States, India and Japan on Tuesday.

Wong, born in Malaysia, is Australia’s first overseas-born foreign minister; she has served in Labor administrations that held closer ties with Southeast Asian neighbours such as Indonesia.

Australia will be taking new commitments on Southeast Asia and the Pacific to the Quad meeting, Wong said in emailed comments on Monday.

“We have always understood the importance of Southeast Asia. We know that while we are all very different, our countries face many shared challenges,” she said. “We all need to work together to address the reshaping of the regional order, pandemic recovery – and as (Indonesia’s) President Widodo said directly to our Parliament, climate change.”

Labor says it also wants to work with the Association of Southeast Asian Nations (ASEAN).

The Quad meeting agenda will cover Ukraine, stability in the Indo-Pacific and Pacific island countries and climate change.

The Quad is expected to announce an initiative to crack down on illegal fishing in the Pacific, using satellite tracking technology, the Financial Times reported on Saturday.

Pacific island leaders have responded quickly to the new government, welcoming Labor’s pledge of more climate financing, which was seen as missing in Australia’s outreach to the region while China increased its influence.

China’s foreign minister, Wang Yi, is expected to arrive in the Solomon Islands midweek to sign a controversial security pact that had roiled the Australian election campaign, and other deals including a fisheries agreements. The Solomon Islands government and Chinese foreign ministry did not respond to Reuters requests for comment.

China’s state-owned Global Times newspaper said on Monday Albanese’s attendance at the Quad was a test, “especially on whether it could get rid of the shadow of previous [Prime Minister] Scott Morrison’s anti-China strategy”.

“The Quad will reinforce those countries’ tough China policies, and then his second job is the Pacific Islands Forum, which likely follows after Wang Yi’s sweep through the region,” he said. “That is about competition, not about kissing and making up.”

Pacific leaders will soon meet for the Pacific Islands Forum, although a date has yet to be announced, with implications of the Solomon Islands security pact a key issue amid concern over rising tensions between the Washington and Beijing in the Pacific. 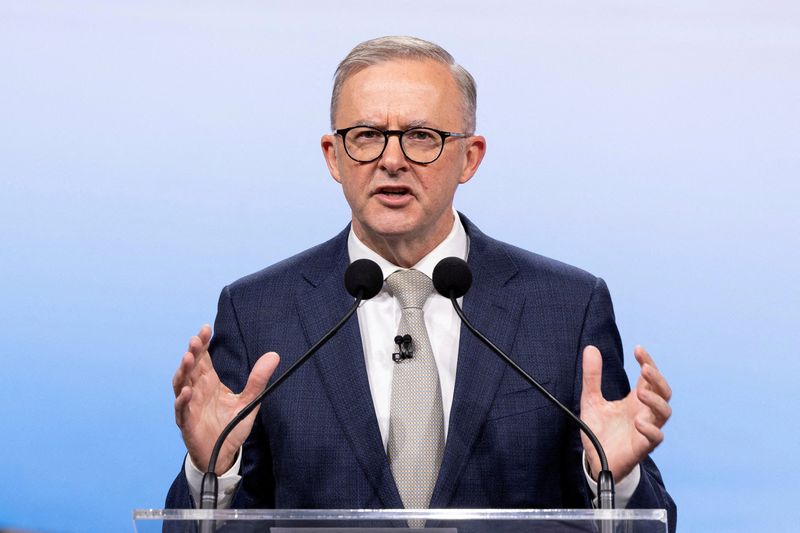