The property market, a pillar of the world’s second-largest economy, was weakened by a government clampdown on excessive borrowing from developers last year.

Since the beginning of this year, over 100 cities have taken steps to boost demand via cuts in mortgage rates, smaller down-payments, and subsidies.

The outlook for the property market is expected to remain bleak in the first half of the year and for the whole of 2022.

Average home prices are estimated to fall 1.3% on year in the first half, according to a Reuters survey of 13 analysts and economists conducted between May 16 and May 23. That compared with a 1.0% fall in a Reuters poll in February .

For the full year, home prices are likely to be flat versus a forecast 2.0% rise in the previous poll.

“The turning point of home prices is likely to be in the third quarter, and home prices in tier-one and two cities may be the first to rebound.”


Analysts are also more pessimistic about housing demand and supply than in the last Reuters survey.

For demand, property sales are seen slumping 25.0% in the first half, widening from a 14.0% fall in February’s poll. Sales are expected to decline 10.0% for the full year.

The gloomy outlook for property prices, sales, and investment was mainly due to frequent COVID-19 outbreaks.

The Chinese capital Beijing extended work-from-home guidance for many of its 22 million residents after the suspension of all dine-in services and indoor gyms, while Shanghai plans to lift a two-month lockdown in the first half of June.

The epidemic has had an impact on Shanghai’s property market, as developers and agents suspended offline operations and many residents were under quarantine, triggering a big fall in home sales, said analyst Wang Xiaoqiang at property data provider Zhuge House Hunter.

China on Friday reduced its benchmark reference rate for mortgages by an unexpectedly wide margin, a few days after a cut in mortgage loan interest rates for some home buyers, in a push to prop up its property market.

Only nationwide measures to relax curbs on financing for real estate enterprises and steps like shantytown redevelopment projects can stabilise the property market, said Liu Yuan, a head of research at China’s biggest property brokerage Centaline.


(For other stories from the Reuters quarterly housing market polls:) 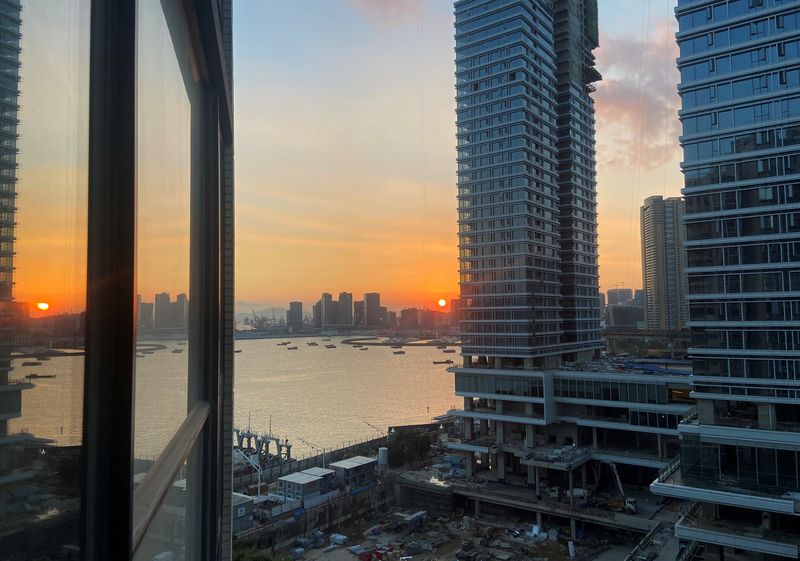 Texas power use to break records next week as heatwave returns

Biles, Rapinoe to be honored among Presidential Medal of Freedom recipients