By Rachel More and Rene Wagner

BERLIN (Reuters) -German business morale rose unexpectedly in May thanks to a pick up in the services sector in Europe’s largest economy that helped offset the impact of high inflation, supply chain problems and the war in Ukraine, a survey showed on Monday.

The Ifo institute said its business climax index rose to 93.0 in May following a reading of 91.9 in April, revised up slightly from 91.8.

A Reuters poll of analysts had pointed to a May reading of 91.4.

Ifo said in its statement there were “currently no observable signs of a recession”.

“The German economy is showing resilience,” Ifo economist Klaus Wohlrabe told Reuters, adding that service providers were benefiting from the easing of COVID-19 restrictions – especially in the tourism and hospitality sector.

The situation in the industrial sector was more difficult.

“There are no signs of an easing of supply bottlenecks here,” Wohlrabe said, adding that demand for industrial products had waned. Overall, companies’ price expectations had fallen. “Price increases, however, remain on the agenda,” Wohlrabe said.

Inflation and supply bottlenecks threatened a post-pandemic consumption boom, said Alexander Krueger at private bank Hauck Aufhaeuser Lampe, adding: “The question mark over a stronger reviving economy in the second half of 2022 is getting bigger.”

German Finance Minister Christian Lindner, hosting a meeting of the Group of Seven economic powers last week, said inflation needed to get back to 2% quickly and that central banks had a “great responsibility” to help get it under control in the G7.

Volkswagen, Europe’s top carmaker, earlier this month stuck to its outlook for 2022, shrugging off supply chain disruptions caused by the war in Ukraine and the pandemic by drawing on its global production network. 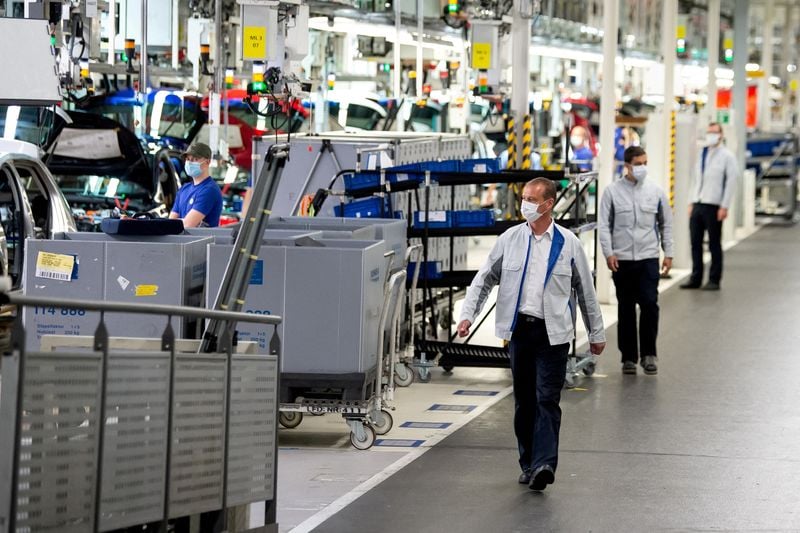