(Reuters) – Central banks are wrestling with inflation and sliding stocks are feeling the heat, leaving investors to ponder just where the so-called “Fed put” has gone.

Meeting minutes from the world’s foremost policy makers may shed some light, while New Zealand and South Korean central banks ponder how big their rate hikes need to be to keep up with the Fed. And Washington holds the key to a Russian sovereign default as a key deadline approaches.

Here’s your look at the week ahead from Ira Iosebashvili in New York, Kevin Buckland in Tokyo and Dhara Ranasinghe, Saikat Chatterjee and Karin Strohecker in London.

Can the Federal Reserve tame the worst U.S. inflation in decades without dragging the economy into a recession? The bank’s meeting minutes on May 25 will offer clues.

Chair Jerome Powell is confident the Fed can achieve a “soft landing” — words that are little solace to equity markets as recession warnings from big Wall Street banks pile up. Having raised rates by 75 basis points since March, the Fed is expected to hike another 50 bps in July.

Powell has vowed to raise rates as high as needed to tame inflation. The minutes will show how tenacious policy makers expect inflation to be and whether growth is resilient enough to face much tighter monetary policy.

Wall Street is melting. Major stock market indexes are in the grip of bear market territory with S&P 500 down some 19%, the high flying Nasdaq has lost more than a quarter from a November 2021 peak. And there’s no respite in sight: Barclays and Goldman predict further pain for equities as corporate margins suffer from surging inflation.

The selloff is widespread. Since the bond bull market peak in March 2020, a constant duration 30-year U.S. Treasury bond lost half its value, safe-haven gold is down 6% this quarter. Surging volatility means even hardened stock pickers are reluctant to take big bets.

Retail and institutional investors are also bearish. A U.S. retail investment sentiment index is close to a March 2009 low while fund managers are running their highest cash levels since September 2011.

Forward-looking Purchasing Managers’ Index (PMI) data from the United States, Australia, Britain, Japan and euro area is worth paying attention to. And more so than usual with central banks caught between surging inflation and its impact on consumers amid a darkening growth outlook, hurt by China’s COVID-lockdowns and war in Ukraine.

China bounced back quickly from an initial 2020 pandemic slump thanks to bumper exports and factory production, but the current downturn could be harder to shake off.

Entrenched in their inflation fight, policymakers may reach a pivot point in coming months where they have little choice but to focus on recession risk. PMIs have held up well recently, but might show how close that turning point is.

Graphic: Global PMIs above 50 – but for how long? – https://fingfx.thomsonreuters.com/gfx/mkt/xmpjoxlkovr/PMIS1905.PNG

They were early movers, but the race is on for central banks in New Zealand and Korea to stay ahead of a Fed hot on their heels with some big-step hikes.

The Reserve Bank of New Zealand is widely seen raising rates by a half point again on Wednesday to tame inflation though risks to the economy are rising with recent homebuyers feeling the pain of higher mortgage rates.

Korea’s new central bank governor roiled markets by flagging a half point increase before his maiden meeting on Thursday. Falling behind the curve could squeeze the fragile won, sending imported food and energy prices soaring.

One of the few remaining holdouts, Bank Indonesia, is tipped to stay put a little longer when meeting on Tuesday.

The prospect of a Russian sovereign default is back, given a deadline for a U.S. license allowing Moscow to make payments expires on May 25.

To dodge that deadline, Russia said late on Friday it had sent interest payments amounting to $100 million on two dollar bonds. The coupons were due two days after the deadline.

But it must make further payments, amounting to just under $2 billion by year-end, on its international bonds, with the next installment due late-June .

But Russia’s $40 billion of sovereign bonds represent just one of many flashpoints, after its invasion of Ukraine on Feb. 24 sparked sweeping Western sanctions, and counter-measures from Moscow.

Also pressing, is whether gas will keep flowing to Europe as firms struggle to confirm how they can legally buy gas if they have to pay in roubles with payments due from May 20. The EU has advised companies against opening rouble accounts but stopped short of saying that this would breach its sanctions against Moscow. Russia supplies around 40% of the EU’s gas. 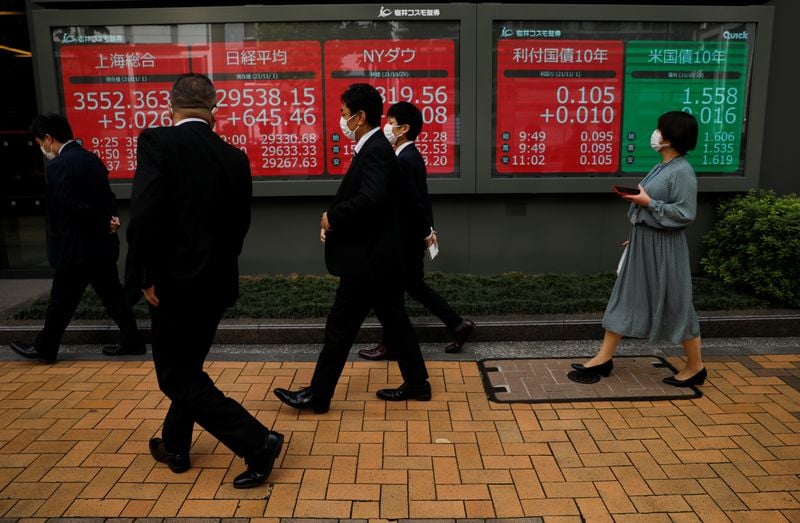