WASHINGTON (Reuters) -U.S. health officials are in the process of releasing some Jynneos vaccine doses for use in monkeypox cases, the Centers for Disease Control and Prevention (CDC) said on Monday.

CDC officials said there are more than 1,000 doses of the vaccine, approved in the United States in 2019, in the national stockpile and they expect that level to ramp up very quickly in the coming weeks.

Jynneos, made by Bavarian Nordic A/S, is approved in the U.S. for use against smallpox and monkeypox in high risk adults aged 18 and older.

There are more than 100 million doses of an older smallpox vaccine, ACAM2000, which has some significant side effects, the officials told reporters. ACAM2000 was previously produced by Sanofi and is now made by Emergent BioSolutions.

“Right now we are hoping to maximize vaccine distribution to those that we know would benefit from it,” said Captain Jennifer McQuiston, deputy director of the CDC’s High Consequence Pathogens and Pathology Division.

“So those are people who’ve had contact with known monkeypox patients, health care workers, very close personal contacts, and those in particular who might be at high risk for severe disease.”

There has been one confirmed case of monkeypox – in Massachusetts – and four additional presumed cases, one in New York City, one in Florida and two in Utah.

Monkeypox is a virus that can cause symptoms including fever, aches and presents with a distinctive bumpy rash.

The World Health Organization said on Monday it expects to identify more cases of monkeypox as it expands surveillance in countries where the disease is not typically found. 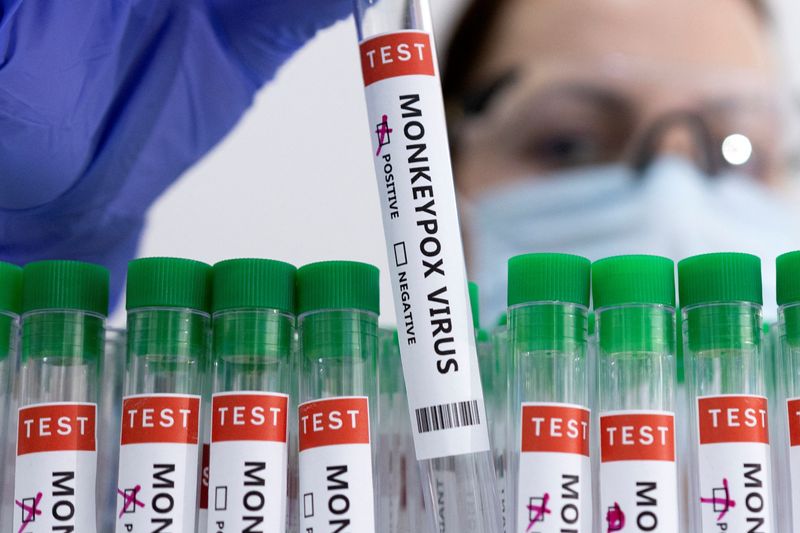