(Reuters) – The crypto winter is into its ninth week and bitcoin can’t shake the chills.

From technicals to turnover, market indicators are flashing red or amber for the biggest cryptocurrency, which has lost a third of its value in just two months.

Bitcoin’s limited history isn’t much of a guide on crypto winters, which we’re defining as prolonged bearishness for a month or more.

“Bitcoin is just not attractive to retail investors right now. Nobody really sees that potential for bitcoin to give out 10 times (return),” said Joseph Edwards, head of financial strategy at fund management firm Solrise Finance.

Indeed the macro background is far from supportive for an asset class now firmly seen as volatile, risky – plus vulnerable in the face of inflation. As worries over rising global rates and geopolitics bring U.S. stocks close to confirming a bear market, cryptocurrencies aren’t on anyone’s shopping list.

Yet even in the icy wilderness, there are some signs that the crypto king is plotting its comeback.


Bitcoin is drawing strength from the rest of the crypto market, for example, its relative stature providing some comfort for investors fleeing altcoins such as stablecoins deemed ultra-risky after the collapse of TerraUSD in early May.

Bitcoin dominance, a measure of the ratio between its market cap to the rest of cryptocurrency markets, has jumped to a seven-month high of over 44% even as its price has decreased.

“Institutional investors particularly are fleeing to safety, to a certain extent, to bitcoin, which has the most institutional adoption,” said Marcus Sotiriou, analyst at UK-based asset broker GlobalBlock.

Last week, bitcoin futures saw their largest net long position since the contract was launched in 2018, CFTC data showed, indicating traders are increasing positioning for a rise in the price of the cryptocurrency.

Bilal Hafeez, CEO at research firm Macro Hive, pointed to $2,300 and $2,500 as key levels and warned that failure to hold above either of those marks in the near term would be a bearish signal.

The crypto market is cowed.

Total spot market volume for all cryptocurrencies at major exchanges had fallen to $18.4 billion as of Monday – less than half of the $48.2 billion seen on May 14, which was the highest volume for 2022, according to news and research site The Block.

Blockchain analytics firm Glassnode said on May 9 that bitcoin at $33,600 puts 40% of investors underwater on their holdings.

“Many folks are left wondering what they should do with their coins – keep holding on for dear life or book losses and move on?” said Lindsey Bell, chief markets and money strategist at Ally Invest.

“It’s a good reminder that crypto probably shouldn’t be more than, say, 1-2% of your portfolio.” 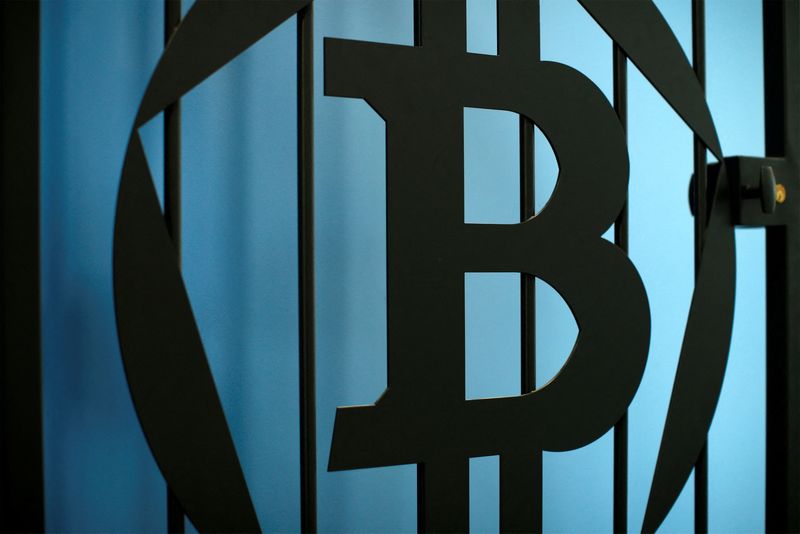 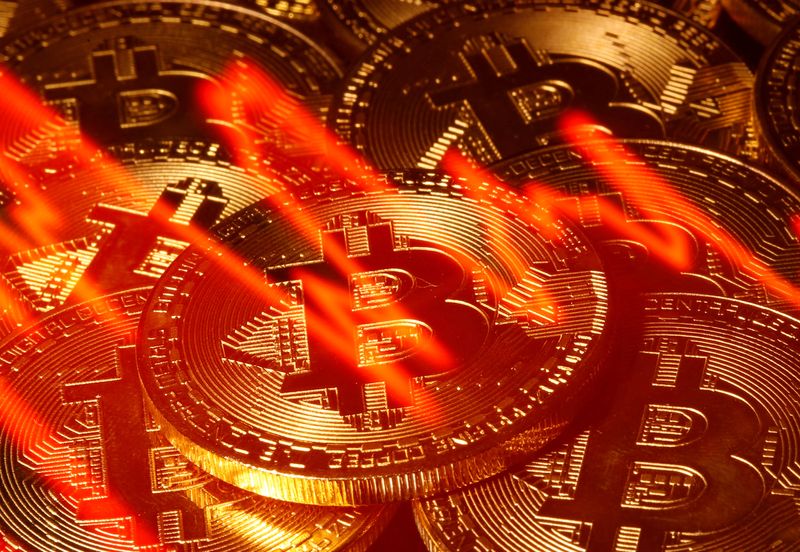