(Reuters) -The Russian rouble strengthened to levels not seen since March 2018 against the dollar on Tuesday, boosted by export-focused companies selling foreign currency to pay taxes and shrugging off a slight easing of capital controls.

The rouble has firmed about 30% against the dollar this year despite a full-scale economic crisis in Russia, making it the world’s .

The rouble is steered by capital controls imposed in late February to shield Russia’s financial sector after Moscow’s decision to send tens of thousands of troops into Ukraine prompted unprecedented Western sanctions.

At 1110 GMT, the rouble was 2.5% stronger against the dollar at 56.36, hovering around this level for the first time in more than four years.

Against the euro, the rouble gained 3% to 58.24, its strongest in seven years.

“The rouble’s sharp gains again owed to tomorrow’s looming deadline for 600 billion roubles ($10.43 billion) in mineral extraction tax payments and the conversion of payment for gas exports into roubles,” Sberbank CIB said in a note.

“We think the local currency may have trouble prolonging its recent rally, as selling activity among exporters may begin to decline.”

The currency’s strength has raised concerns about the negative impact on Russia’s budget revenue from exports. On Monday, Russia cut the proportion of foreign currency revenue that exporters must convert into roubles to 50% from 80%.

Despite the slight relaxation in capital controls, the rouble could firm to 55 against the dollar in the near term, said Dmitry Polevoy, head of investment at LockoInvest.


“Current levels could be used to open long positions in foreign currencies by mid- and long-term investors,” Polevoy said.

The rouble may return to levels of 60-65 against the dollar in June, Sinara Investment Bank said in a note.

The rouble was weaker at banks. Russia’s largest lender Sberbank offered to sell cash dollars and euros for 58.20 and 60.38 roubles, respectively.

The dollar-denominated RTS index reversed earlier losses and gains 1% to 1,267.1 points. The rouble-based MOEX Russian index was 1.6% lower at 2,265.5 points, pressured by the rouble gains.

(Reporting by Reuters; Editing by Kirsten Donovan and Chizu Nomiyama) 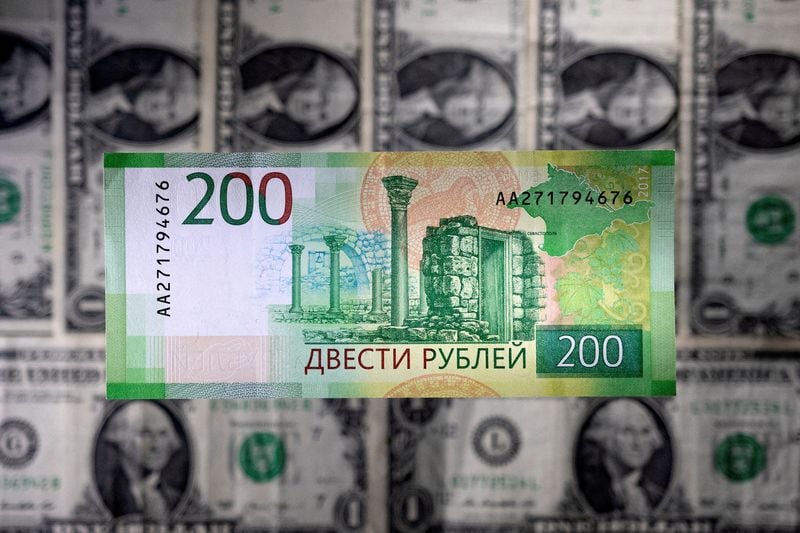 17 Year-Old Charged For Murder Of Teen Girl in D.C.

17 Year-Old Charged For Murder Of Teen Girl in D.C.