LONDON (Reuters) -Momentum in Britain’s private sector slowed much more than expected this month, adding to recession worries as inflation pressures ratcheted higher, according to a business survey on Tuesday that showed rising pessimism.

S&P Global’s flash Composite Purchasing Managers’ Index (PMI), a monthly gauge of the services and manufacturing industries, slumped to 51.8 in May from 57.6 in April, its lowest level since February last year.

The preliminary reading was worse than all forecasts in a Reuters poll of economists, which had pointed to a drop to 57.0, and the scale of the fall was bigger than any seen pre-COVID.

“The collapse in the composite PMI in May is the clearest sign yet that demand is faltering in response to the intense squeeze on households’ real disposable incomes,” said Samuel Tombs, chief UK economist at Pantheon Macroeconomics.

Until now, most surveys of British business activity had been fairly robust, despite record-low consumer confidence after inflation hit a 40-year high of 9%.

May’s survey of British retailers by the Confederation of British Industry, also released on Tuesday, showed sales holding up at normal for the time of year, after a big slump in April.

But the outlook for June was weaker and businesses’ longer-term outlook was the most downbeat since November 2020, when non-essential shops were closed due to the pandemic.


“The latest data indicate a heightened risk of the economy falling into recession as the Bank of England fights to control inflation,” said Chris Williamson, chief business economist at S&P Global Market Intelligence.

Financial markets still expect the BoE to double interest rates to at least 2% by the end of the year from 1% now.

But Tombs said he expected Britain’s economy to shrink 0.5% in the three months to June – when an extra public holiday to mark Queen Elizabeth’s 70 years on the throne will add to existing growth headwinds – and for the BoE to raise rates just once more this year.

The slowdown was most acute in the services sector, where business optimism about the coming 12 months fell to its lowest since May 2020, during the first coronavirus lockdown.

Reports of rising costs paid by businesses were more widespread than at any point since the services PMI started in 1996.

Williamson said there were some signs cost pressures may be peaking, and businesses reported resistance from customers to higher prices and a related reduction in demand.

Separate figures from market research company Kantar on Tuesday showed that more than one in five British households said they were struggling to make ends meet.

The flash PMI for the manufacturing sector also fell in May to its lowest level since January 2021 at 54.6 , down from 55.8 in April. New export orders declined at the fastest rate since May 2020. A number of manufacturers cited Brexit trade frictions as the main reason for the drop. 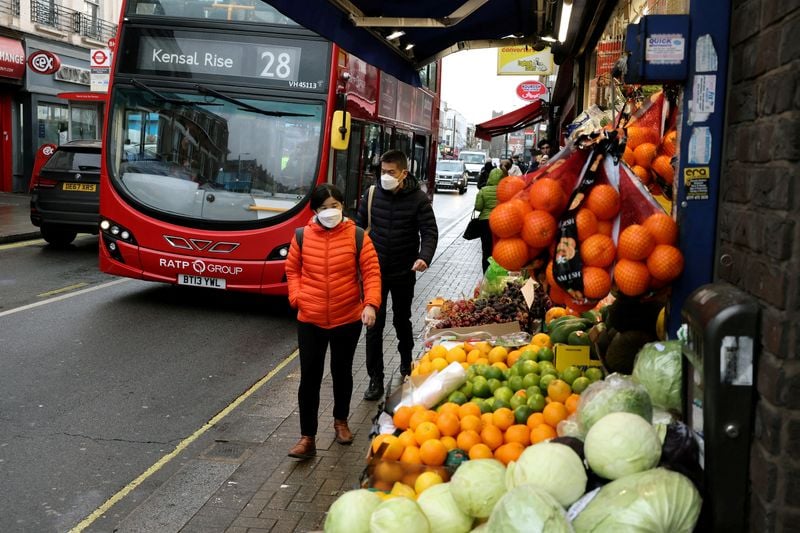