By Jessica DiNapoli and Philip Blenkinsop

DAVOS, Switzerland (Reuters) -Budweiser brewer AB InBev is “off track” in reaching its goal of making 20% of its beer volume non-alcoholic and low-alcohol by 2025, its chief sustainability officer Ezgi Barcenas told Reuters on Wednesday.

“We are a little over 6% still,” Barcenas said in an interview on the sidelines of the World Economic Forum in Davos, adding: “We are off track.”

The AB InBev goals were made to support the World Health Organization in reaching its target to cut harmful drinking – alcoholic beverage consumption that causes car accidents, diseases and birth defects – by 10% in every country by 2025.

Barcenas said that the goals were made before AB InBev’s mega-deal with SABMiller Plc, which had led to a dramatic change in the company’s footprint. She also said that AB InBev’s “commercial strategy is changing.”

“What we really want to do is provide the consumer with choice and information,” Barcenas said. “At the time this was announced, we didn’t have the availability of choice. We want to focus on the choice as opposed to push the volume out.”

AB InBev has reached the 20% target in some countries, such as China and Panama, according to its 2021 environmental, social and governance (ESG) report, which shows it has also expanded its non-alcohol brands to 42 from 26 in the past five years.

The brewer, whose brands include Hoegaarden Rose 0.0% and Jupiler 0.0%, now has more than 80 non-alcoholic and low-alcoholic beers and beverages, Barcenas said.

Climate change and corporate actions to curb it are a theme at the annual gathering of business and political leaders in the Swiss Alpine ski resort of Davos.

“It’s accelerating the transition and making the business case stronger to invest in efficiency,” she said.

AB InBev has a goal to have net zero carbon emissions across its value chain by 2040. Like many beverage and consumer product makers, it faces the biggest challenge in reducing its so-called scope three emissions, which come from consumers throwing away beer cans and bottles and distribution.

(Reporting by Philip Blenkinsop in Brussels and Jessica DiNapoli in Davos, Switzerland; Editing by Alexander Smith) 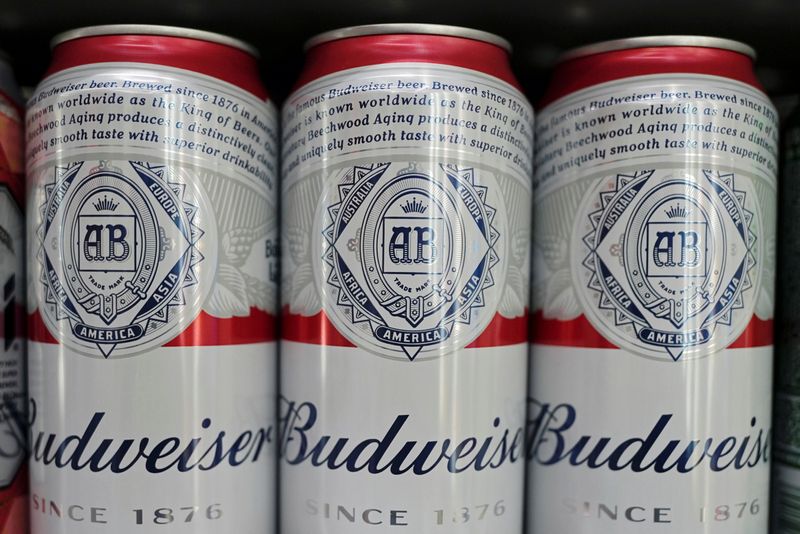 Oil falls $2 on demand concerns but set for weekly gain