MONTREAL (Reuters) – A sweeping law adopted by Quebec on Tuesday to promote French usage is elevating already simmering tensions with indigenous groups, who see the move as an imposition and have vowed to fight it.

Bill 96, passed by a majority of Quebec legislators, sets stricter rules to enforce French usage in the province, adding mandatory French courses and limiting the usage of other languages by government agencies.

Quebec Premier Francois Legault, who faces an October election, praised Bill 96 as the most important reform to protect the French language in mostly English-speaking North America, in nearly half a century. But some indigenous leaders and advocates in the province argue the law imposes additional burdens on marginalized communities who are focused on protecting their own culture.

Canada has wrestled in recent years with its treatment of indigenous people. The discoveries last year of what is believed to be the remains of thousands of children at or near the sites of former government-backed residential schools put the spotlight on the abuses indigenous communities have suffered for generations and their fight for justice.

The new law would require extra French classes in English-colleges and immigrants to communicate with certain government agencies in French starting six months after their arrival, among other changes. It faces opposition from English-speakers, and indigenous people who are seeking an exemption.

“We’ll take whatever means are necessary to be sure our voice is heard,” said Mike Delisle, a chief at the Mohawk Council of Kahnawake, a First Nations reserve in southern Quebec. He added that no specific decision has yet been taken.

Language remains a sensitive issue in mostly French-speaking Quebec, where unhappiness over the dominance of English helped fuel the rise of the separatist Parti Quebecois (PQ) in the 1970s.

While Quebec can use judicial language to bypass legal battles over Bill 96, some attorneys have already raised the specter of court challenges.

Asked about concerns over the law, Canada’s Justice Minister David Lametti told reporters on Wednesday that it will keep “all options on the table,” with any reaction contingent on how the bill is implemented.

“We’re not opposed to French. But if you want to learn about language being in jeopardy come talk to us and we can share with you how that has happened,” Delisle said.

“It’s recolonization,” said Kenneth Deer, an advocate for the rights of indigenous people who attended federal day school as a child where he was forced to learn English.

Still, he pointed out that English services in Quebec are superior to comparable services in French in the rest of the country. 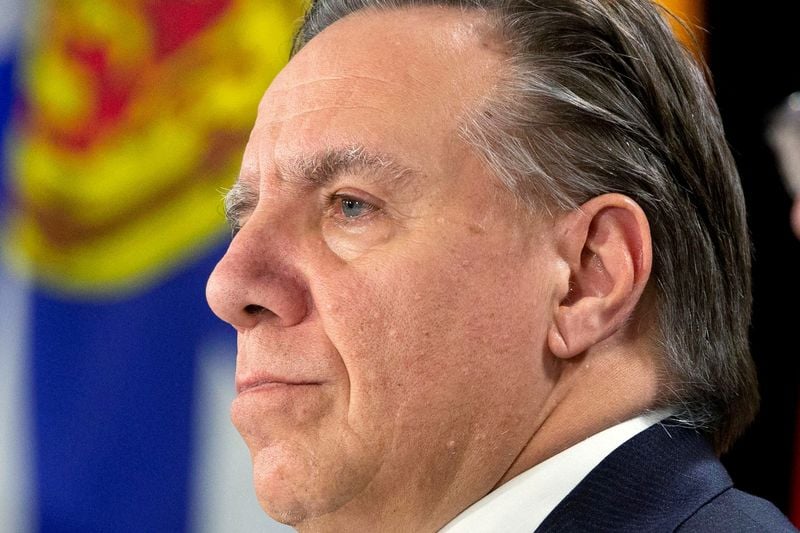