(Reuters) – Myanmar’s central bank has ordered ministries and local governments not to use foreign currencies for domestic transactions, to help relieve pressure on the kyat currency.

The Southeast Asian country’s economy has been in crisis since the military seized power last year, halting a decade of political and economic reforms and piling pressure on the kyat’s exchange rate against the U.S. dollar.

“In addition to the increasing demand for foreign currency, the exchange rate may fluctuate due to the practice of receiving and disbursing foreign currency for goods and services purchased within the country,” Deputy Central Bank Governor Win Thaw said in a statement issued on Wednesday.

Win Thaw said that currently, bodies such as hotels, restaurants, souvenir shops and international schools were using the U.S. dollar rather than the kyat but also businesses and organisations operated by ministries.

“Myanmar kyat’s currency should be used in domestic payments and respective ministries, regional and state governments….should instruct your organisations as necessary,” said his statement, which was addressed to ministries and local governments.

The order is the latest in an effort by authorities to exert more control over foreign currency flows in the military-run nation.

The official central bank exchange rate for the kyat is currently set at 1,850 per dollar, but has tended to be well below the unofficial black market rate.

The central bank previously declared that from April 3 foreign exchange earned locally must be deposited at licensed banks and exchanged for the kyat within one working day.

The move prompted protests from residents and foreign business groups, with the central bank later exempting foreign entities from the rule. 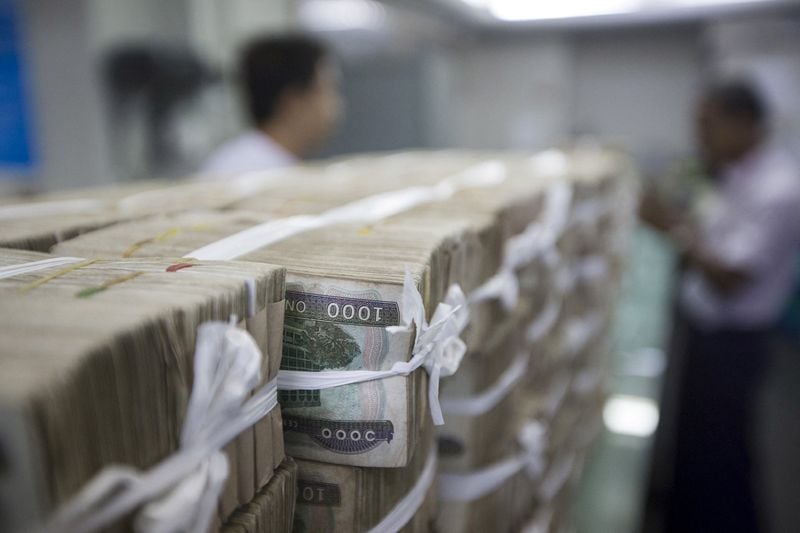