“We’re focused on decarbonizing the logistics industry,” CEO and founder Graham Doorley said in an interview, adding the company is raising money to assemble its Class 8 truck, the SD1, in the United States.

Year-old Solo AVT aims to begin testing prototypes of the SD1 in 2024, Doorley said, without specifying a date for full commercial production. A contract manufacturer will probably make the prototypes, he said, but ultimately “we want to build our own vehicles in our own factory.”

The SD1 idea took root when Doorley was working at Waymo on automating heavy trucks supplied by manufacturers PACCAR and Daimler.

Rather than retrofitting existing diesel-powered vehicles, Solo AVT is designing the SD1 from the ground up. The company has said it expects the SD1 to have a range exceeding 500 miles between charges, with fast charging capability and 600 kW of power delivered to multi-speed tandem axles with integrated electric motors.

The company has raised $7 million in seed money from Trucks Venture Capital, Maniv Mobility, Wireframe Ventures and Schox Patent Group. Doorley said he plans to launch a Series A funding round this summer.

Solo AVT is talking to potential commercial customers for the SD1, but Doorley did not provide specifics.


American Battery Solutions has a lithium-ion battery manufacturing facility in Springboro, Ohio and a technical center in Michigan.

(This story refiles with a change in name of company in paragraph 1 to American Battery Solutions.)

(Reporting by Paul Lienert in Detroit; Editing by David Gregorio) 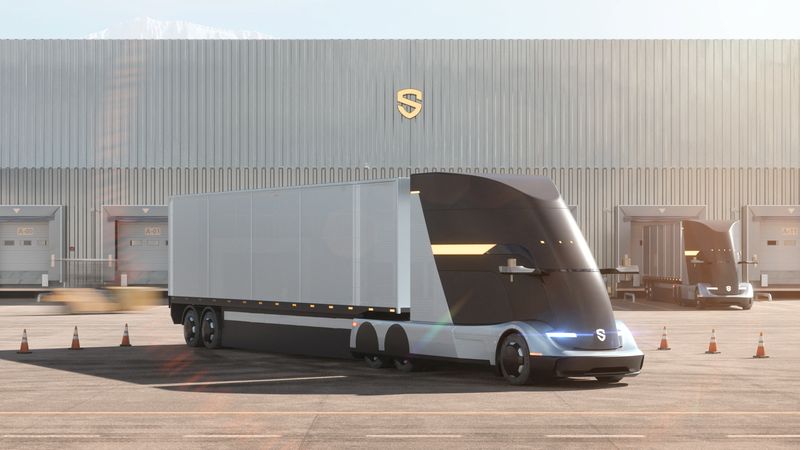