Chinese retail car sales grew in May from April but were still down 16% year-on-year, according to the Chinese Passenger Car Association, which called for more government support for the industry.

In Europe, data from auto consultancy JATO showed new car sales down 20%, with electric vehicles (EVs), which many automakers have prioritised amid supply chain troubles, also down by 1.4%.

The fall was driven by a 15% drop in sales of plug-in hybrid EVs, whose environmental credentials are coming under growing scrutiny from European regulators.

In the U.S., total sales were down 21% year-on-year, according to research by Deutsche Bank, with last year’s sales bumped up by a post-lockdown release of pent-up demand.

“We expect sales to recover sequentially further through the year,” the report said.

Overall, car sales in China in the first quarter were 0.2% higher than last year, data showed. By contrast, Europe’s year-to-date sales were down 13% by JATO’s figures, at their second lowest level since 1991.

Still, further economic data from China paints a picture of a grinding and only partial economic recovery from anti-pandemic measures.

Road freight transportation and express delivery from distribution centres last week were both stronger than a month earlier but still down sharply on last year, Nomura Global Economics said.


Chinese electric vehicle maker Xpeng is accelerating deliveries after resuming double-shift production in mid-May at its plant in the southern city Zhaoqing, the chairman of the company, He Xiaopeng, told analysts this week.

Tesla added a second shift at its Shanghai plant on Thursday, heading towards making 2,600 cars daily, a person familiar with the matter said.

Tesla did not respond to a request for comment. 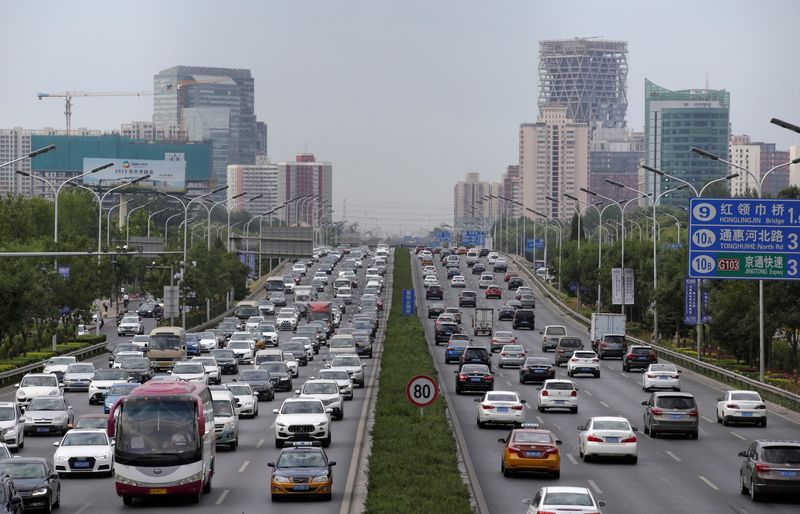 Brent holds above $100 in tussle between supply, recession fears

Airline SAS traffic surges in June ahead of strike

Factbox-With UK’s Boris Johnson set to quit, who could replace him?

Brent holds above $100 in tussle between supply, recession fears

Airline SAS traffic surges in June ahead of strike