NEW YORK (Reuters) -Oil prices climbed about 3% to a two-month high on Thursday on signs of tight supply ahead of U.S. summer driving season, as the European Union (EU) wrangled with Hungary over plans to ban crude imports from Russia over its invasion of Ukraine.

Traders also noted oil prices followed a rise in equities and some weakening of the U.S. dollar against a basket of currencies, which makes oil cheaper when purchased in other currencies. [.N][USD/]

“Crude prices rose as a tight oil market was going to remain in place given the start of the summer driving season was going to keep a downward trajectory for U.S. stockpiles,” said Edward Moya, senior market analyst at data and analytics firm OANDA.

“The fundamental backdrop … is getting price supportive … and will turn even more bullish once the EU sanctions on Russian oil sales are endorsed by all parties involved,” PVM Oil’s Tamas Varga said.

European Council President Charles Michel said he was confident an agreement can be reached before the council’s next meeting on May 30.


Hungary remains a stumbling block, as EU sanctions require unanimous support. Hungary is pressing for about 750 million euros ($800 million) to upgrade its refineries and expand a pipeline from Croatia.

Even without a formal ban, much less Russian oil is available as buyers and trading houses have avoided suppliers from the country.

“Shanghai is preparing to reopen after a two-month lockdown, while the U.S. peak driving season begins with the Memorial Day weekend,” said Sugandha Sachdeva, vice president of commodities research at Religare Broking. The United States celebrates Memorial Day on Monday.

The U.S. government confiscated an Iranian oil cargo held on a Russian-operated ship near Greece and will send the cargo to the United States aboard another vessel. 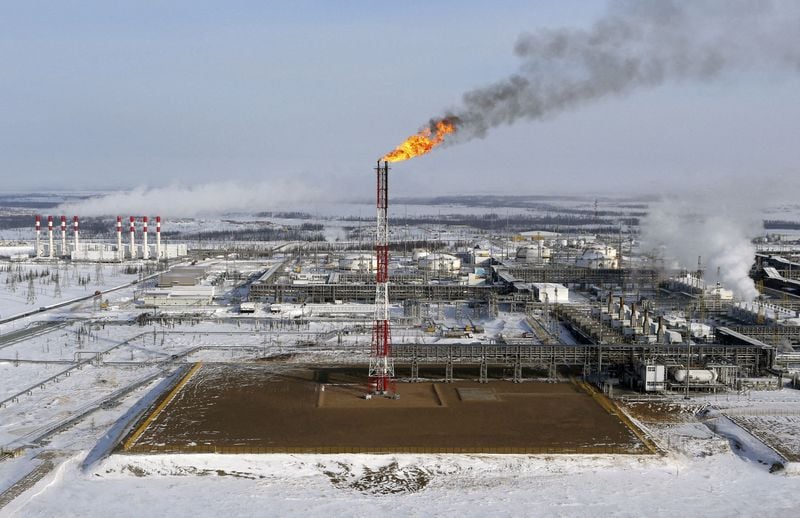