(Reuters) -Oklahoma Governor Kevin Stitt on Wednesday signed into law the strictest abortion ban in the United States, one that prohibits abortions from fertilization and allows private citizens to sue those who help women terminate their pregnancies.

“I promised Oklahomans that as governor I would sign every piece of pro-life legislation that came across my desk and I am proud to keep that promise today,” Stitt said in a statement.

The Republican-backed legislation, which takes effect immediately, makes exceptions only in cases of medical emergency, rape or incest.

Oklahoma is among the country’s Republican-led states rushing to pass anti-abortion laws this year, anticipating that the U.S. Supreme Court will soon overturn Roe v. Wade, the 1973 case that established the constitutional right to abortion.

The Center for Reproductive Rights, a global advocacy group based in New York, said it would “imminently file a challenge to the ban and seek to block it in court.”

“Oklahoma is now the only state in the United States to successfully outlaw abortion while Roe v. Wade still stands,” the center said in a statement.

A draft Supreme Court opinion leaked on May 2 showed the court’s conservative majority intends to overhaul federal abortion rights and send the issue of legalization back to individual states.


Earlier this month, Oklahoma enacted another bill that banned abortions after six weeks of pregnancy, as opposed to fertilization. Like the latest measure, it relies on civil lawsuits for enforcement.

The enforcement provision in both bills was modeled after Texas legislation that took effect in September and stopped clinics from performing nearly all abortions in that state.

Before the passage of the Oklahoma laws, it had become a destination for Texas women seeking abortions after six weeks. The restrictions in Oklahoma have now expanded a region of the country where there is little to no legal abortion access, forcing patients to travel to states such as Kansas, New Mexico and Colorado to end their pregnancies. 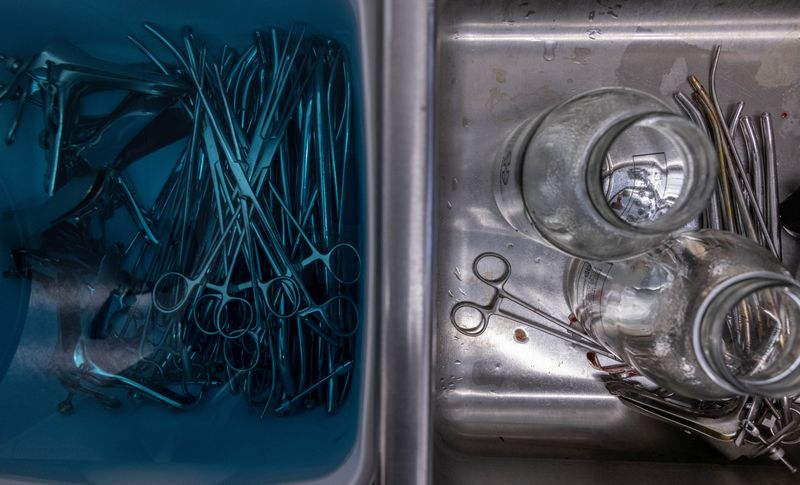