MANILA -Philippines President-elect Ferdinand Marcos gave strong indications that he will maintain continuity in economic policy through his picks for central bank governor and finance minister on Thursday by adding familiar faces to his cabinet.

Marcos announced central bank chief Benjamin Diokno would become his finance minister when he takes office on June 30, making way for Felipe Medalla, a current monetary board member, to take over as Bangko Sentral ng Pilipinas governor. The two will be tasked with tackling inflation and joblessness.

Still, Marcos inherits a much stronger economy than that of the time of his late father, the dictator overthrown in the 1986 “people power” uprising, with debt stock at manageable levels, foreign reserves at record highs, and growth at healthy rates.

“The first priority is always going to be the economy,” Marcos, 64, said in an interview with his new press secretary streamed on his Facebook page.

“It’s still down to jobs, to the increasing prices of commodities, some relief for the business community.”

Marcos faces a delicate balancing act to ensure economic recovery is sustained and rising inflation, driven by politically sensitive increases in rice and fuel costs, is kept in check after he starts his six-year term.

He reiterated a campaign pledge to slash rice prices by more than half to 20 pesos ($0.38) per kg, but he said the Philippines, one of the world’s biggest rice buyers, must continue importing to ensure stable domestic supply.

Gross domestic product grew by 8.3% in the first quarter from a year earlier, the fastest pace in three quarters, but a rise in interest rates could weigh on domestic consumption, which is major driver of growth.

The central bank kicked off its monetary tightening cycle, this month, much earlier than expected, to bring inflation back inside its comfort range. Diokno on Thursday said the central bank is looking at another 25 basis points rate hike in its June meeting.

Marcos won this month’s election by a landslide, paving the way for a once unimaginable return to rule for the country’s most notorious political dynasty. He is almost certain to command a supermajority in Congress, which could reduce obstacles to his economic agenda.

Economists broadly welcomed the appointments to Marcos’s team, which also included Manuel Bonoan, tollway unit chief of conglomerate San Miguel Corp, as public works secretary, and Alfredo Pascual, former president of the University of the Philippines, as his trade minister.

Pascual will be required to balance economic relations with top trading partners China and the United States at a time of rising regional competition, with the Biden administration seeking to recoup strategic ground lost under predecessor Donald Trump via a new Indo-Pacific Economic Framework.

The appointments indicate further continuity from Marcos, who is expected to expand the economic policies of popular incumbent Rodrigo Duterte, including a largely delayed, multi-billion-dollar infrastructure overhaul. 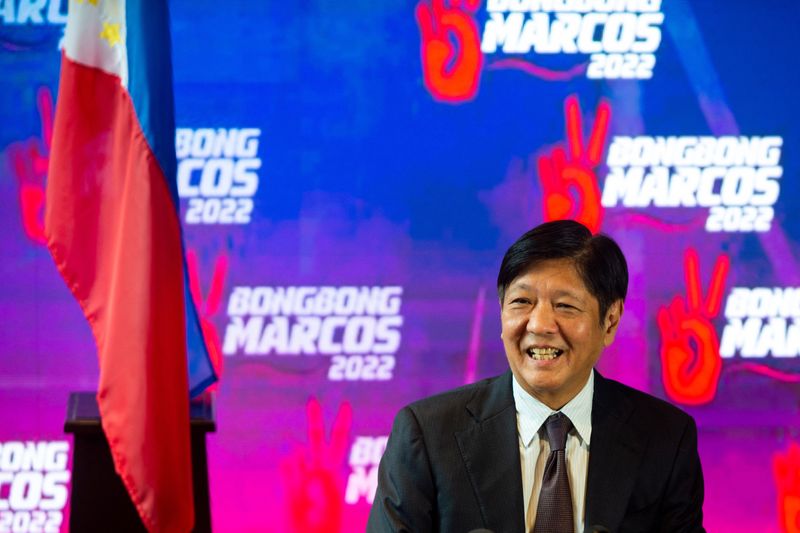