(Reuters) -The Russian rouble slumped around 10% against the dollar in volatile trade to a two-week low on Thursday as the central bank cut interest rates to 11% and suggested more cuts would follow as inflation risks subside.

The central bank cut its key rate by 300 basis points for the third time in a row, softening the cost of borrowing again after an emergency rate hike to 20% in late February days after Russia sent troops into Ukraine.

At a banking conference in Moscow, Governor Elvira Nabiullina said the central bank had prevented an inflation spiral and would lower its 2022 inflation forecast from 18-23%, reiterating the bank’s signal that it may cut rates further at its next meeting on June 10.

The rouble started falling from those multi-year highs on Wednesday as the market anticipated the bank’s decision. It extended losses as Nabiullina delivered the bank’s dovish message on Thursday and continued falling steadily throughout the session.

Yields on the government’s 10-year OFZ treasury bonds, which move inversely with their prices, fell to 9.41%, their lowest since Feb. 10, before settling at 9.57%.

Propped up by capital controls, the rouble had artificially risen to become the world’s best-performing currency so far this year. New gas payment terms requiring conversion of foreign currency into roubles and a fall in imports have also helped.


But it has now lost the support of the month-end tax period that usually sees export-focused companies convert foreign currency into roubles to pay local liabilities.

“Today’s key rate cut, coupled with another round of policy easing expected on June 10, will put more noticeable pressure on the rouble exchange rate,” Veles Capital analysts said in a note.

The currency’s strength had raised concerns about the negative impact on Russia’s budget revenue from exports. On Monday, Russia cut the proportion of foreign currency revenue that exporters must convert into roubles to 50% from 80%.

He also said he expected to see a further reduction in mandatory forex sales by export-focused companies.

Russian assets may also face downside pressure as a possible sovereign default edges closer, even though Russian officials say the state has enough money to service its obligations.

President Vladimir Putin on Wednesday ordered 10% rises in pensions and the minimum wage to cushion Russians from inflation, but denied the country’s economic problems were all linked to the crisis in Ukraine. 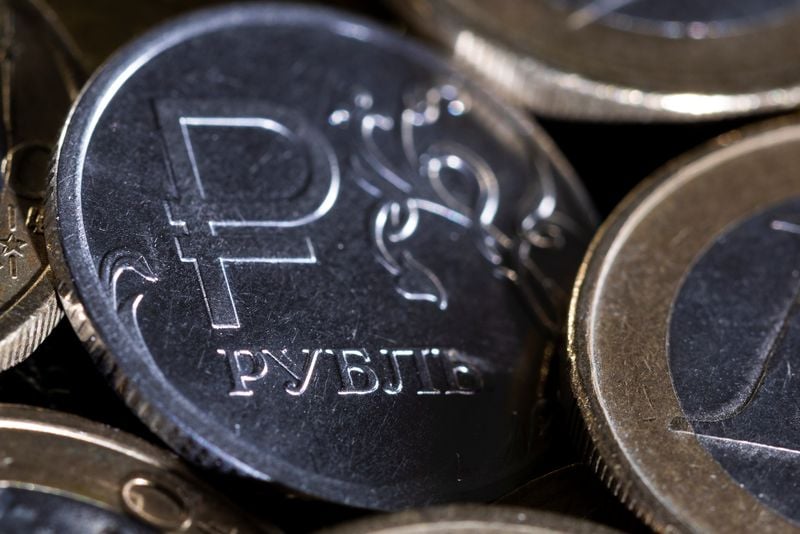