The Bank of Korea raised its benchmark policy rate by a quarter of a percentage point to 1.75%, the highest since mid-2019, joining a global wave of tightenings as central bankers grapple with price spikes not seen in decades.

The BOK upgraded its inflation forecast to 4.5% for this year, the highest since 2008 and more than double the bank’s 2% target amid a surge in commodity prices driven by the Ukraine war and global supply chain snags.

“Our policy focus will be on price stability for some time, and it would be appropriate to say that (time frame) would be for a few months, for now,” Governor Rhee Chang-yong said at a news conference after the six-member board’s unanimous rate decision.

All but one of the 28 analysts polled by Reuters expected a hike.

Back-to-back interest rate rises by the BOK follow more than 100 cumulative basis points of hikes since August 2021 in one of the most forceful tightening campaigns ever by the bank.

A major concern is consumer inflation running at a 13-year high, which threatens to become entrenched, as a key measure of price expectations among South Koreans rose in May to its highest in nearly a decade.

“The Board sees it as warranted to conduct monetary policy with more emphasis on inflation for sometime,” the BOK’s policy statement said, which analyst Cho Yong-gu from Shinyoung Securities considers the strongest signal yet for additional rate hikes.

“I see that the bank will raise rates again both in July and August and am even considering changing the year-end forecast to 2.50% from 2.25% earlier, given the hawkish message seen from the overall statement,” Cho said.

June futures on three-year treasury bonds dropped as much as 29 points to 105.43 following the hawkish policy signals.

Most analysts expect the BOK to take rates up to 2.25% by year end, after which many say it will then need to consider how quickly to apply the brakes amid slowing economic growth in China, its largest trading partner, and high household debt.

The U.S. Federal Reserve is forecast to take the key interest rate to 2.50-2.75% by year end, the effects of which will be closely watched globally, while in China authorities are seen easing policy to cushion a slowdown in the world’s second largest economy.

Commenting on stagflation risks, Governor Rhee said growth is weaker but may not be near recessionary levels even as slower global demand is expected to hurt South Korea exports in the second half.

“The upshot is that while the Bank should remain hawkish in the near term, it is likely to turn decidedly less so further ahead as the economy slows,” said Alex Holmes, Asia economist at Capital Economics. 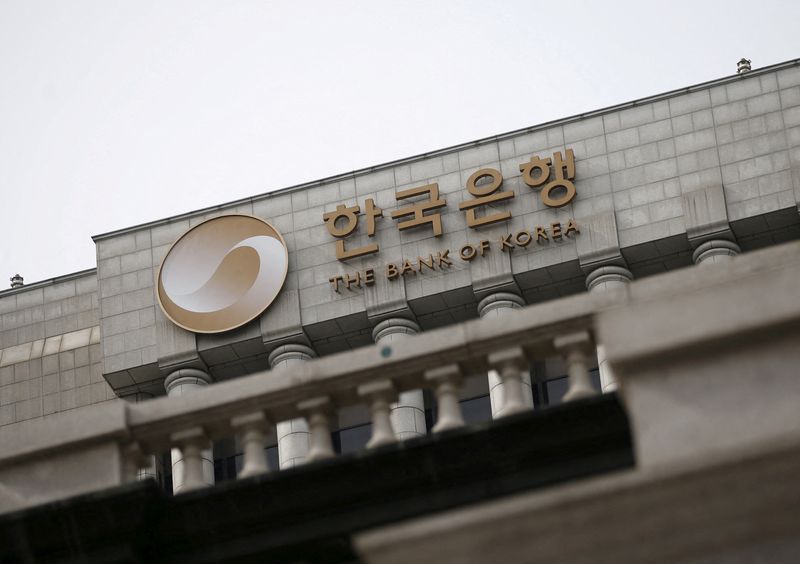