Russia has relaxed some capital requirements for banks in response to sweeping Western sanctions levied against the Russian financial sector following Moscow’s move to send thousands of troops into Ukraine.

Central Bank governor Elvira Nabiullina dismissed on Thursday the idea of ditching the Basel requirements – international standards that dictate the levels and kinds of assets lenders must keep on their balance sheets – and instead called for a readjustment in how they are applied in Russia.

Nabiullina told a forum that the central bank was considering extending a number of the support measures until the end of the year but acknowledged that some banks may require a capital injection. She did not provide details.

“It seems that sanctions-hit banks will have to focus on domestic rouble operations, primarily on lending to the state sector, sanctioned companies… Keeping in mind a risk of secondary sanctions, this is important to avoid splitting the banking system into two isolated parts,” she said.

Kostin told the same forum that by his estimates, the entire sector could get a capital boost of 3.3 trillion roubles if Basel rules are abandoned, of which VTB alone would gain 550 billion roubles.

Nabiullina also said the central bank is considering allowing banks to group together and form banking associations, without buying out each others’ shares, in order for smaller banks to team up with bigger lenders and benefit from their support. 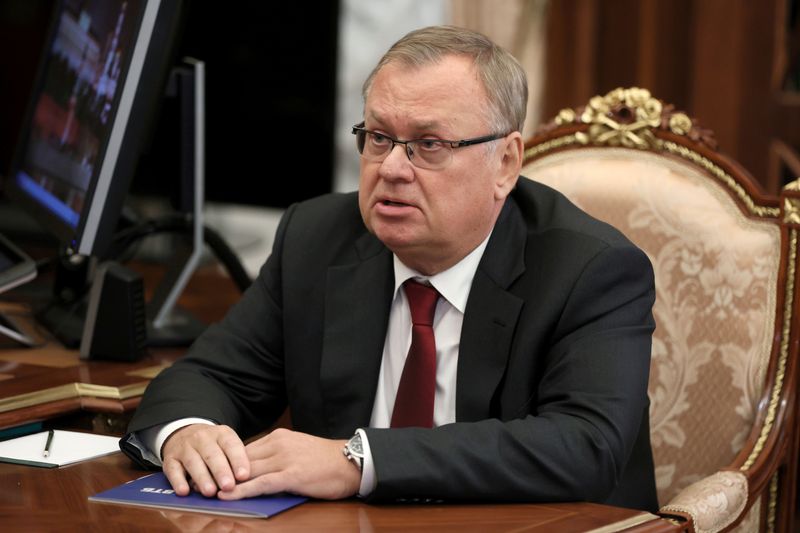