HOUSTON (Reuters) – America’s biggest gun lobby, the National Rifle Association, pressed ahead with preparations for its annual gathering starting on Friday in Houston, just 280 miles (450 km) from the scene of the country’s worst school shooting in a decade.

An 18-year-old gunman armed with a semi-automatic rifle that he was legally able to purchase stormed an elementary school in Uvalde, Texas, on Tuesday, killing 19 children and two teachers in a hail of bullets.

The NRA gathering takes place this year in the shadow of not one but two gun-driven massacres in recent days. An avowed white supremacist who was also armed with a semi-automatic rifle shot and killed 10 Black people at a supermarket in Buffalo, New York, earlier this month.

In a country where gun rights are enshrined in the Constitution and gun sales in the millions are surging, the NRA is likely to shrug off new calls for more gun control measures despite the latest shootings. The Republican Party, which has thwarted Democratic Party efforts in Congress to legislate stricter gun measures, is closely aligned with the NRA.

A page on the NRA’s website dedicated to the gathering is dominated by a message offering its “deepest sympathies” to the victims of Tuesday’s school shooting. The rest of the page promotes the annual meeting, where Republicans including former President Donald Trump are scheduled to speak.

“See thousands of guns from top manufacturers,” NRA CEO Wayne LaPierre says in a video below the statement. “The enemies of freedom are real and we need to be ready.”

The NRA’s decision to proceed with its largest annual gathering, despite planned protests, is part of a decades-long strategy of standing up to pressure for gun control that harks back to the 1999 Columbine High School shooting in Colorado.

Then, the NRA’s annual convention was scheduled to take place in Denver just days after the shooting, in which two high school seniors shot and killed 12 classmates and a teacher before taking their own lives.


NPR in 2021 obtained a recording of top NRA officials deciding not to cancel the meeting, in part to avoid looking like they were accepting responsibility for the massacre.

The meeting was scaled down and an accompanying gun show canceled, according to media reports at the time.

Its Houston meeting, however, comes with the NRA embattled on several fronts – apart from the shootings, it is battling internal discord, corruption scandals, and shaky finances.

“The NRA is fumbling financially and organizationally,” said Brandon Rottinghaus, a political science professor at the University of Houston. But, he added, “their influence is beyond politics. It’s about crafting a narrative about what gun ownership means in America.”

The NRA’s reputation with some gun rights supporters was hit in 2020 when New York Attorney General Letitia James sued the group, alleging senior leaders of the non-profit group of diverting millions of dollars for personal use, including family trips to the Bahamas. The NRA then filed for bankruptcy protection but a U.S. bankruptcy judge ruled against the group, finding it did not file for Chapter 11 in good faith.

With the NRA looking at the possibility of both bankruptcy and a takeover by James, a New York Democrat, LaPierre is facing a leadership challenge in Houston, but is widely expected to survive.

“The NRA is much more focused on its internal battle right now,” than on lobbying, said Richard Feldman, a former NRA lobbyist. “It’s about the survivorship of the current leadership and board.”

The NRA did not respond to requests for comment.

Asked whether the timing of the meeting was appropriate, White House Press Secretary Karine Jean-Pierre said, “It’s not about the convention, what is inappropriate is that the (NRA) leadership … has proven time and time again that they are contributing to the problem of gun violence, not trying to solve it.”


Arms manufacturer Daniel Defense said it was no longer attending the NRA meeting due to the Uvalde shooting where “one of our products was criminally misused.” “We believe this week is not the appropriate time to be promoting our products in Texas at the NRA meeting,” Steve Reed, VP of Marketing, said in an email.

AMERICANS HAVE NUANCED VIEW OF GUNS

Americans are broadly supportive of both the right to own firearms and the idea of regulating gun ownership. A Reuters/Ipsos poll conducted on Wednesday found that 66% of Americans, including 53% of Republicans, supported moderate or strong regulations on gun ownership.

But some 57% of respondents said they were less likely to vote for a candidate who takes money from the NRA or gunmakers, a view held by 43% of Republicans.

As the NRA, which says it has more than 5 million members, has lost might, national and state-level gun rights groups have emerged — at times promoting a platform of zero compromise on gun control.

After the Uvalde shooting, Gun Owners of America, which bills itself as tougher than the NRA, said policymakers should discuss “real solutions” like arming teachers. 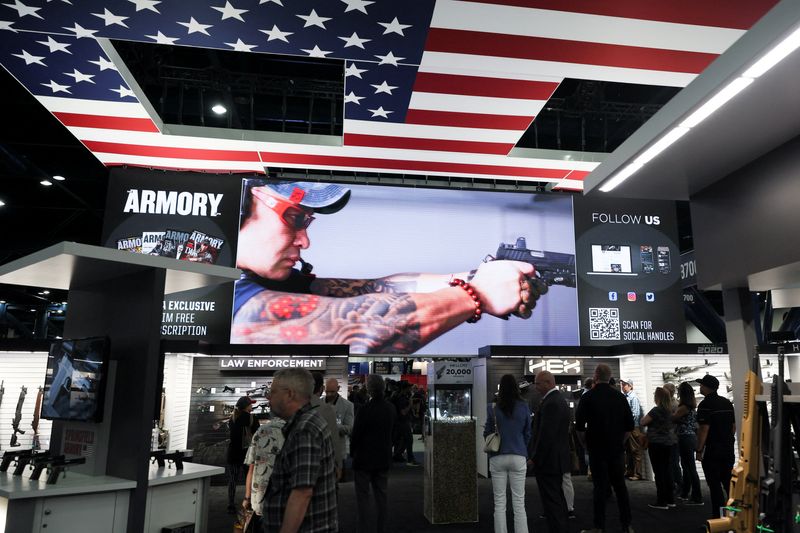 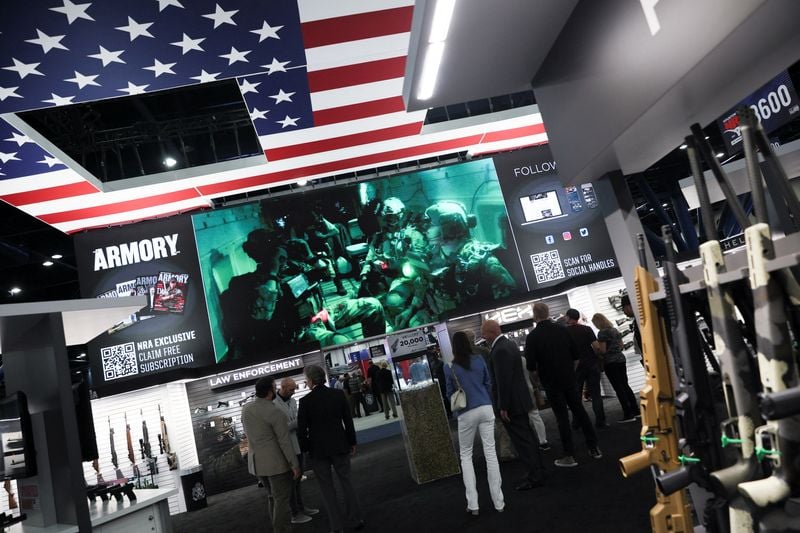 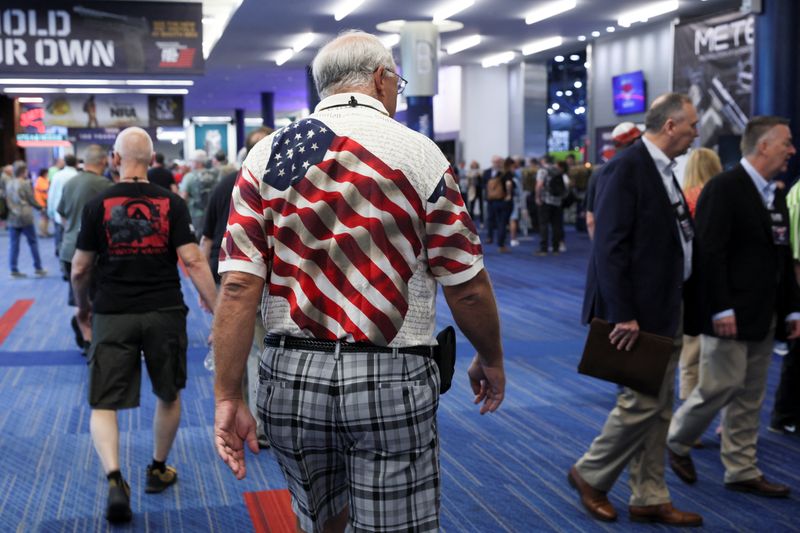 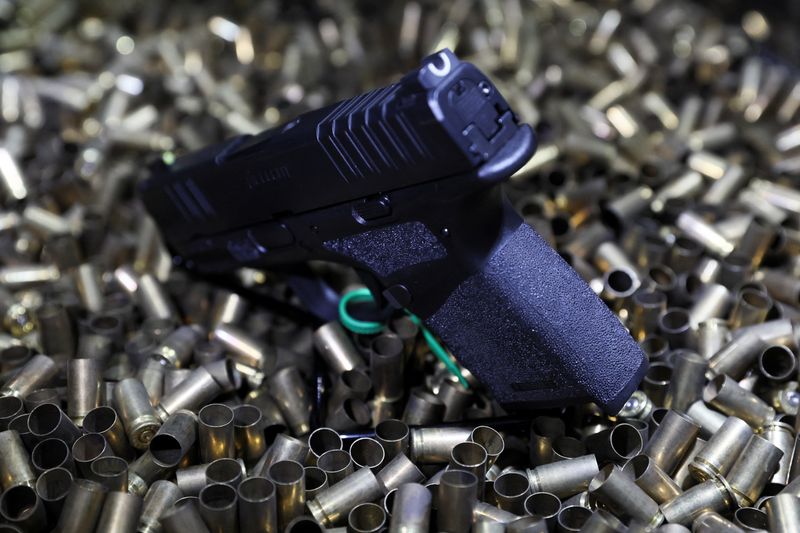 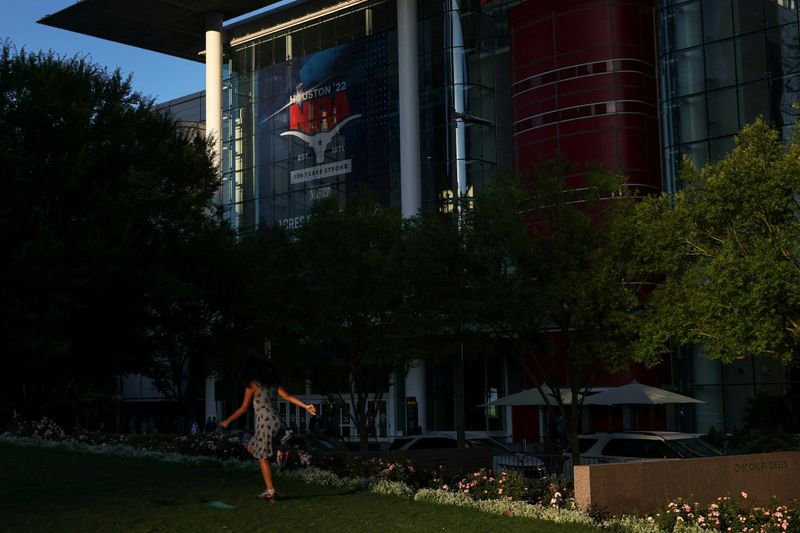 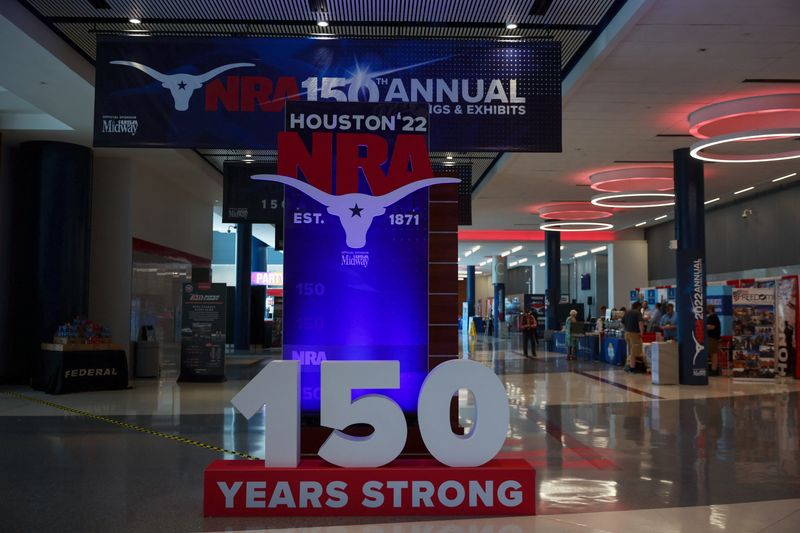 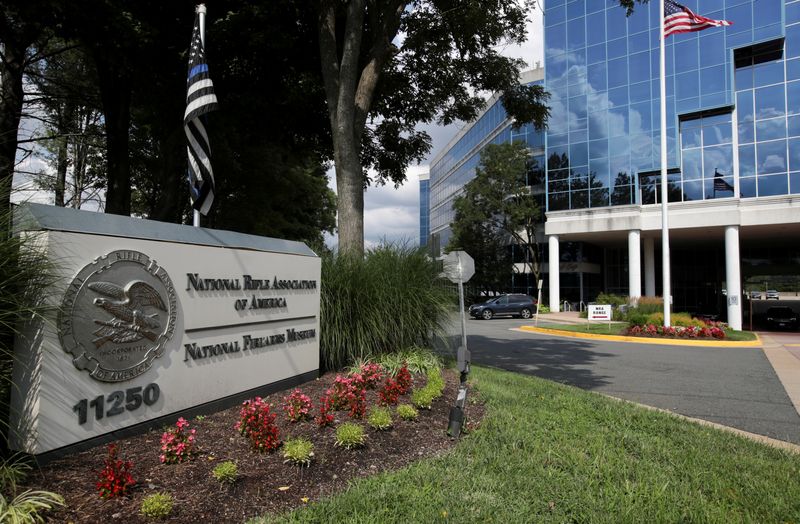