(Reuters) – At least two girls cowering in their classrooms at Robb Elementary School in Texas called the police emergency number 911 during the massacre, a law enforcement official said on Friday.

The first call came from a little girl at the Uvalde, Texas, school who called multiple times on Tuesday. At 12:03 p.m., she identified herself and told authorities what room the shooter was in, said Steven McCraw, director of the Texas Department of Public Safety.

“I warn you it’s not –” McCraw broke off before he recounted the calls. “It’s better that I read it than you listen to it.”

Here is a 911 emergency call timeline McCraw outlined at a news conference:

12:10 p.m. – The same girl called back and advised there were multiple people dead.

12:16 p.m. – She called back and said there were eight to nine students alive.

Unspecified time – The initial caller called back and was told to stay on the line and be very quiet. She told 911 “that he shot the door.”

12:51 p.m. – The 911 call is very loud and it sounds like officers are moving children out of the room. “At that time, the first child that called was outside before the caller cuts off,” McCraw said. 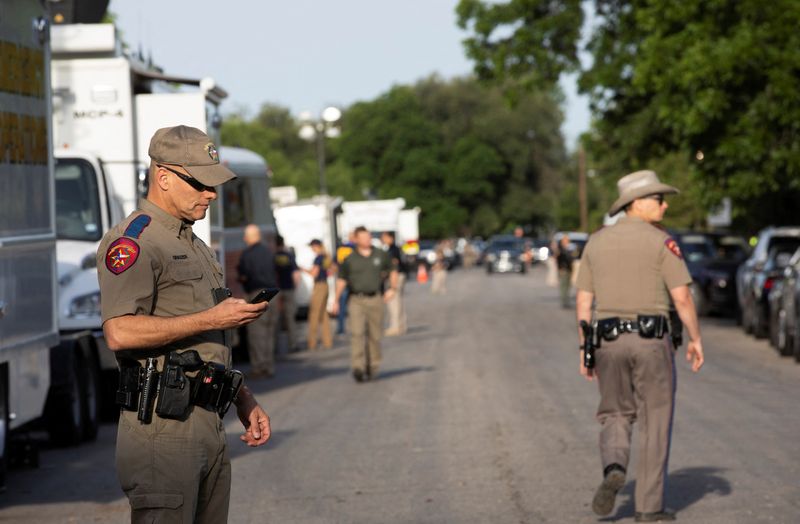