BERLIN (Reuters) – Germany’s Economy Ministry has refused to provide carmaker Volkswagen with guarantees to cover new investments in China because of concerns over human rights violations in the Xinjiang region, Der Spiegel reported on Friday.

The ministry confirmed it had turned down four applications from a company over human rights concerns in Xinjiang but declined to name the company. Der Spiegel said, without naming sources, that Volkswagen was the company in question.

“The human rights situation in Xinjiang has become worse in recent years and involves forced labour and mass internment of Uyghurs,” the ministry said.

“The German government has therefore decided not to give guarantees for projects in China that are 1) in Xinjiang or 2) have business ties to entities operating there.”

Via a joint venture with China’s SAIC Motor, Volkswagen has a plant in Urumqi, located in the Xinjiang region, where western countries and rights organisations say ethnic Uyghurs face torture and detention.

China has repeatedly denied any mistreatment of Uyghurs, describing alleged detention camps as vocational training facilities where people can “voluntarily” check themselves in to learn about law, Chinese language and vocational skills.

A Volkswagen spokesperson confirmed that the company had submitted applications for investment guarantees in China, adding it had not yet received an official decision from the ministry.

The Volkswagen spokesperson said the applications were not for direct investments in the group’s Xinjiang plant or anywhere near it, but that it could not be ruled out that a product made at a factory elsewhere in the country could end up in the region.

Germany, which is scrambling to free itself of dependence on Russian gas after being caught on the hop by Moscow’s invasion of Ukraine, is now reassessing its ties to China and will place greater weight on human rights, Economy Minister Robert Habeck said earlier this week.


Volkswagen said it follows the United Nations’ guiding principles on business and human rights and that it was an integral part of the company’s code of conduct. 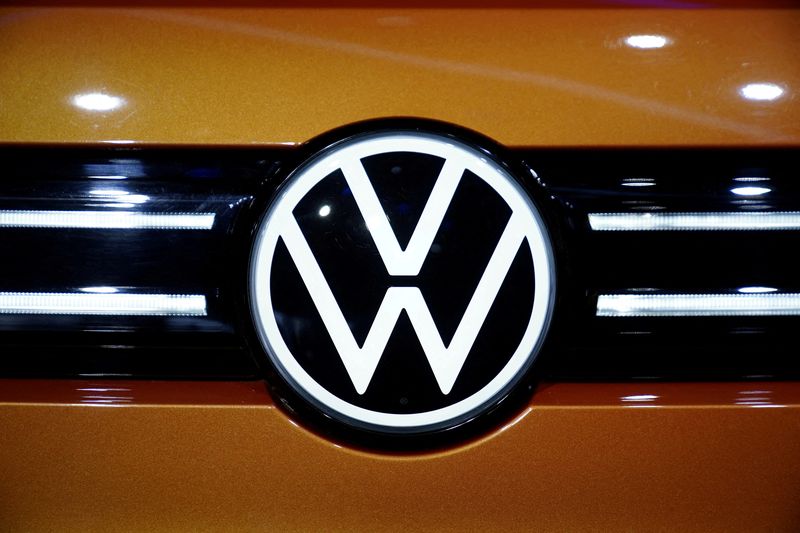