By David Stanway and Roxanne Liu

SHANGHAI/BEIJING (Reuters) -Shanghai took more gradual steps on Friday towards lifting its COVID-19 lockdown while Beijing was investigating cases where its strict curbs were affecting other medical treatments as China soldiered on with its uneven exit from restrictions.

The financial hub and the capital have been hot spots, with a harsh two-month lockdown to arrest a coronavirus spike in Shanghai and tight movement restrictions to stamp out a small but stubborn outbreak in Beijing.

Elsewhere, some border areas in the northeastern province of Jilin reported transmissions of the virus with an unclear source. Jilin borders Russia and North Korea, which has imposed a nationwide COVID lockdown.

The curbs have battered the world’s second-biggest economy even as most countries have been seeking to return to something like normal. Many Chinese, from the urban youth to low-skilled rural migrant workers, have complained about lost income, difficulty sourcing food and mental stress.

China’s economy is staggering back to its feet but data shows only a grinding and partial recovery, with businesses from retailers to chipmakers warning of slow sales as domestic consumers slam the brakes on spending.

Electricity consumption by Shanghai’s large industrial enterprises rose steadily in the first three weeks of May to 83% of 2021 levels, Ruan Qiantu, head of the city’s branch of the State Grid, told reporters.

The utility will work to avoid outages as demand recovers and the summer consumption peak approaches, Ruan said. “We are actively responding to the demands of enterprises.”

As Shanghai, China’s most populous city, aims to essentially end its lockdown from Wednesday, the authorities have been allowing more people out of their homes and more businesses to reopen over the past week. But most residents remain confined to their compounds and most shops can only do deliveries.

The district of Pudong, home to the Port of Shanghai, the city’s largest airport and its main finance centre, reopened 115 bus routes on Friday. Shanghai is slowly expanding public transport after reopening four of its 20 subway lines and more than 250 bus routes on Sunday.

More than 30 parks had reopened as of Thursday, with visitor numbers capped below 50% of their maximum capacity, the Shanghai Daily reported. By Tuesday 70 more parks will reopen.

Some 28 cities were conducting mass testing on May 26, up from 23 on May 17, Huatai Securities estimated.

Shanghai’s latest daily COVID caseload was below 300, with no cases outside quarantined areas, as has been the case for most of the past two weeks. Beijing reported 29 daily cases, down from 45 the day before.

Jilin’s daily tally for the past five days has been in single digits.

Close to 90% of China’s population was vaccinated, but the rate falls to 82.4% for those aged 60 and over, health officials said on Friday.

The capital this week has stepped up quarantines, reduced workplace attendance and cracked down on people flouting instructions. The strict approach has sometimes caused other problems.

Beijing officials are investigating incidents of delayed treatment for patients with serious diseases, and some emergency services officers have been suspended, the state-backed People’s Daily said on Friday.

A farmer surnamed Song wrote on social media that his 32-year-old son had died on May 11 in Beijing after waiting for an hour with acute chest pain for an ambulance. Song said he was told that there had been confusion over whether his son could be admitted due to COVID controls at hospitals.

“This practice … brought irreparable losses to a peasant family with only one son and caused serious negative effects and smears to the anti-epidemic effort,” Song wrote on Thursday.

Cases of slow access to medical care for pregnant women and other non-COVID patients during lockdowns caused outrage earlier this year.

Car sales in the world’s largest auto market have slowed dramatically, gamers are buying fewer consoles and consumers are unwilling to replace their smartphones or laptops.

But this month has seen some improvement.

Chinese electric vehicle maker Xpeng is accelerating deliveries after resuming double-shift production in mid-May at its plant in the southern city Zhaoqing, chairman He Xiaopeng told analysts this week.

Tesla added a second shift at its Shanghai plant on Thursday.

Alibaba Group cited pandemic-related risks and other uncertainties for not issuing a forecast for its new business year and the central bank said it would promote more credit for smaller firms. 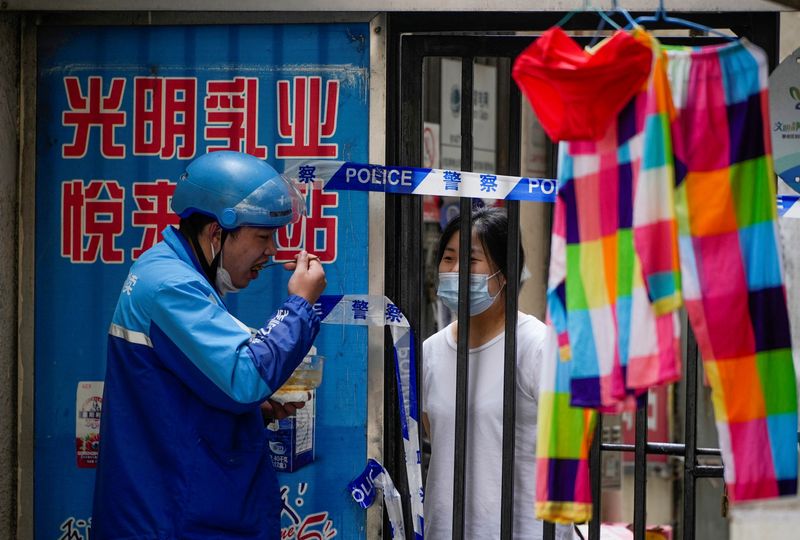 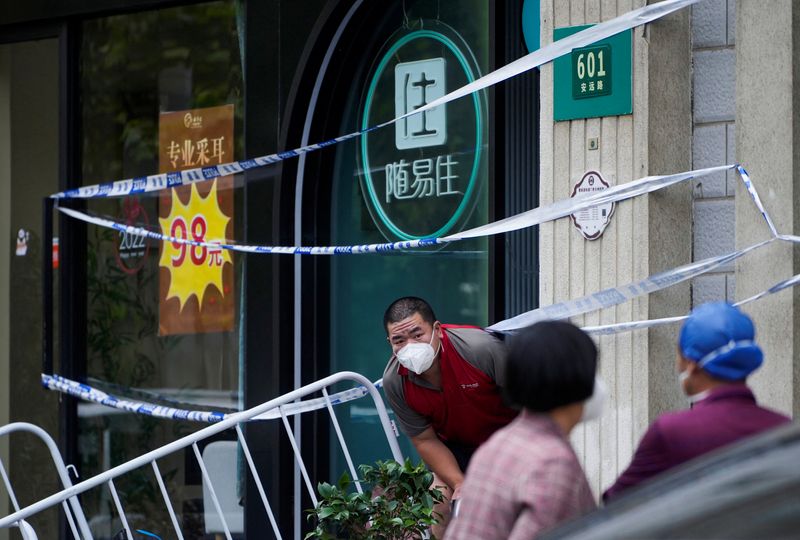 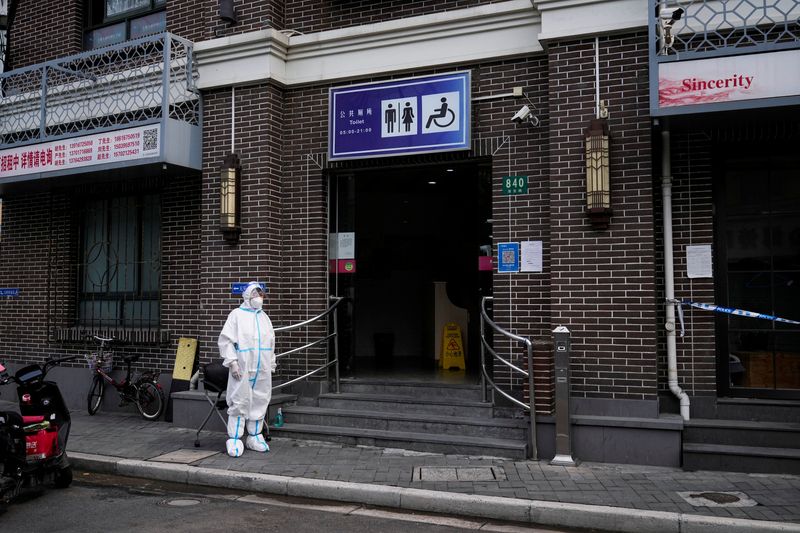 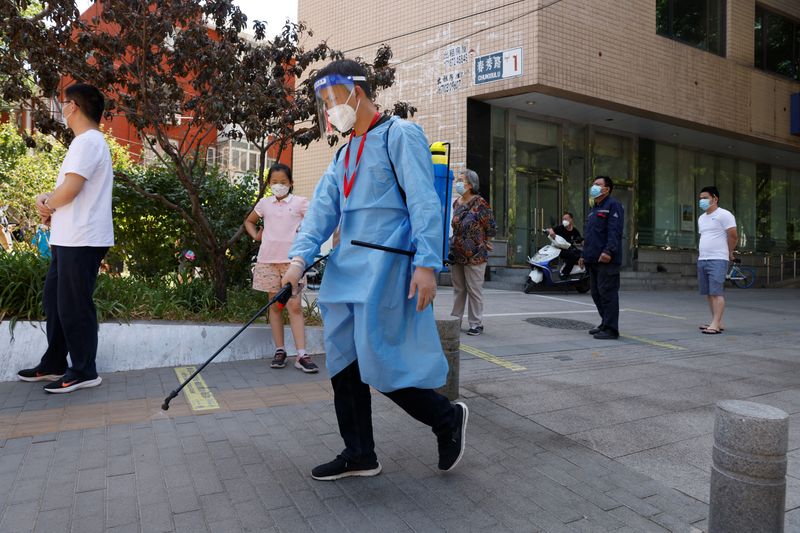 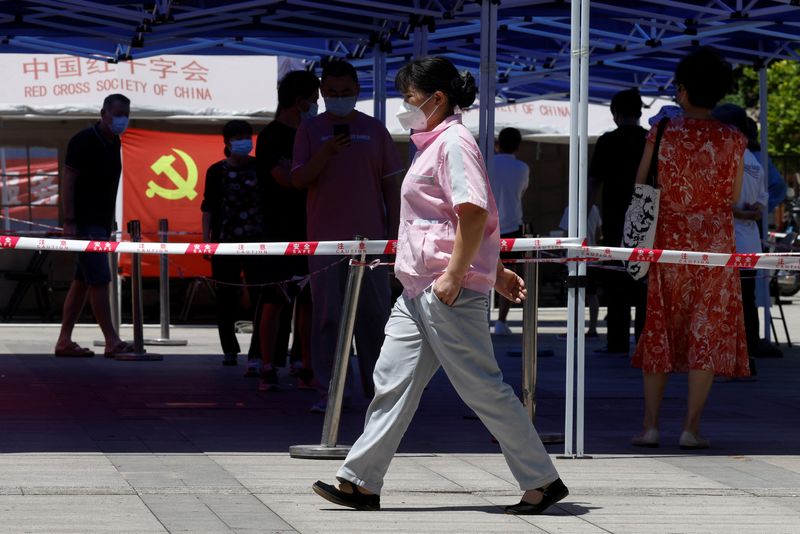