BANGKOK – Thailand’s exports in April rose at a much slower pace than the previous month and less than expected, commerce ministry data showed on Friday, coming under the pressure of Russia’s invasion of Ukraine and China’s lockdown measures.

Exports, a key driver of Thai growth, increased 9.9% in April from a year earlier, missing a forecast 14.6% rise in a Reuters poll, and against March’s 19.5% jump.

Shipments should continue to rise this year, benefiting from a weak baht and an expected rise in food exports as trade partners sought to ensure food security, the ministry said in a statement.

Given food export bans in some countries, Thailand was evaluating its products for domestic food sufficiency, Jurin Laksanawisit told a news conference.

“Overall, there is nothing to worry about yet,” he said.

However, shipments to most markets slowed in April, with those to the United States up 13.6% from a year earlier after a 21.5% jump in March. Exports to Russia slumped 77%.

In January-April, exports increased 13.7% from a year earlier while imports rose 19.2%. 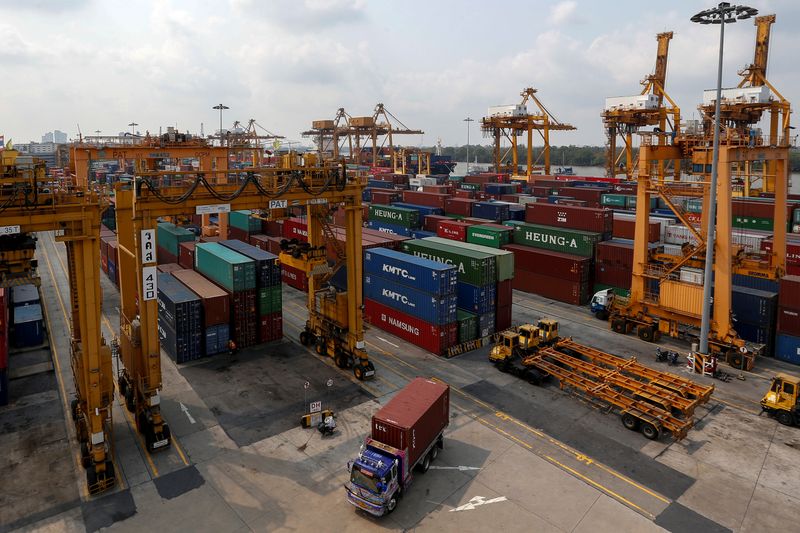