By Crispian Balmer and Rami Amichay

JERUSALEM – Tens of thousands of flag-waving Israeli nationalists, some chanting “Death to Arabs”, marched through the Muslim quarter of Jerusalem’s Old City on Sunday, defying threats of retaliation from Palestinian militants.

The annual parade celebrates Israel’s capture of Jerusalem in the 1967 Middle East war, but has increasingly become a show of strength for Jewish nationalists eager to extend their influence in a city which has a large Palestinian population.

Many marchers sang and danced as they wound their way through the narrow, stone streets. Others sought confrontation.

“An Arab is a son of a whore,” a group of youths yelled in front of Damascus Gate, the main entrance to the Old City’s Muslim neighbourhood. “May your villages burn,” another group shouted.

Adding to the tensions, police said a record 2,600 Jews had toured Al-Aqsa esplanade ahead of the march. Looking to halt the visits, Palestinians hurled stones and set off fireworks, before being pushed back by police firing stun grenades.

Some of the Jews wore religious garb and appeared to pray, ignoring a long-standing ban on Jewish worship in the compound. A few held up Israeli flags and sang the national anthem.

The preacher of the mosque, Sheikh Ikrima Sabri, denounced their behaviour. “What happened today in Al-Aqsa mosque hadn’t taken place since 1967,” he told Reuters.

Al-Aqsa is the third holiest site in Islam. It is also revered by Jews as the Temple Mount – a vestige of their faith’s two ancient temples.

The Islamist group Hamas, which governs the Gaza Strip and has cast itself as a defender of Muslim Jerusalem, condemned Sunday’s mass visit, which went viral on social media.

“The Israeli government is fully responsible for all these reckless policies and the following consequences,” senior Hamas official Bassem Naim told Reuters.

Hamas fired rockets into Israel during last year’s march, triggering an 11-day war that killed at least 250 Palestinians in Gaza and 13 people in Israel. Despite threatening violence this year, the Gaza border remained quiet as night descended.

By contrast, clashes were reported across the occupied West Bank on Sunday, injuring more than 160 Palestinians, including 20 people hit by live bullets, medics said.

Palestinian shopkeepers in Jerusalem shuttered their stalls hours before the parade was due to start and fights broke out sporadically as the marchers penetrated the Muslim district. One Israeli youth was videoed using pepper spray on a Palestinian woman, leading to an exchange of punches and kicks.

“Unfortunately there is a minority that has come to set the area ablaze … trying to use force in order to ignite a conflict,” he said in a statement.

Israel sees all of Jerusalem as its eternal and indivisible capital, while Palestinians want the eastern section as a capital of their future state. Hamas, deemed a terrorist organisation by Western governments, sees all of modern-day Israel as occupied.

Palestinians view Sunday’s march as part of a broader campaign to bolster Jewish presence across the city, which has seen tensions tick up in recent weeks.

Israeli police repeatedly clashed with Palestinians in Al-Aqsa compound in April, during the holy month of Ramadan, with Muslims angered by the rising numbers of Jewish visitors to the mosque esplanade.

Two weeks ago, the funeral of Al Jazeera journalist Shireen Abu Akleh, killed during an Israeli army West Bank raid, descended into chaos when police charged the mourners and yanked away Palestinian flags. 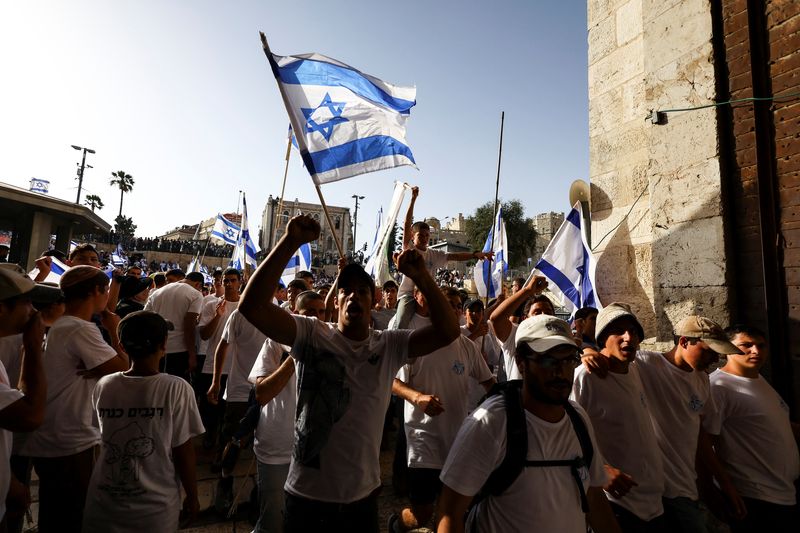 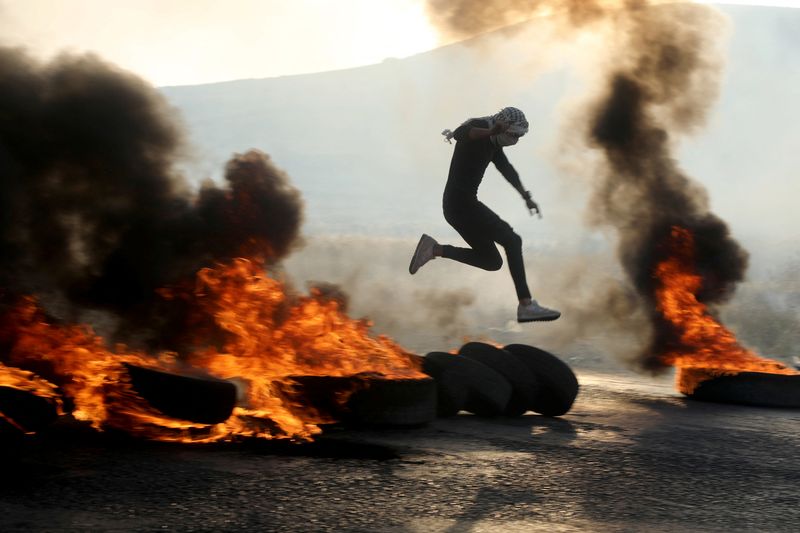 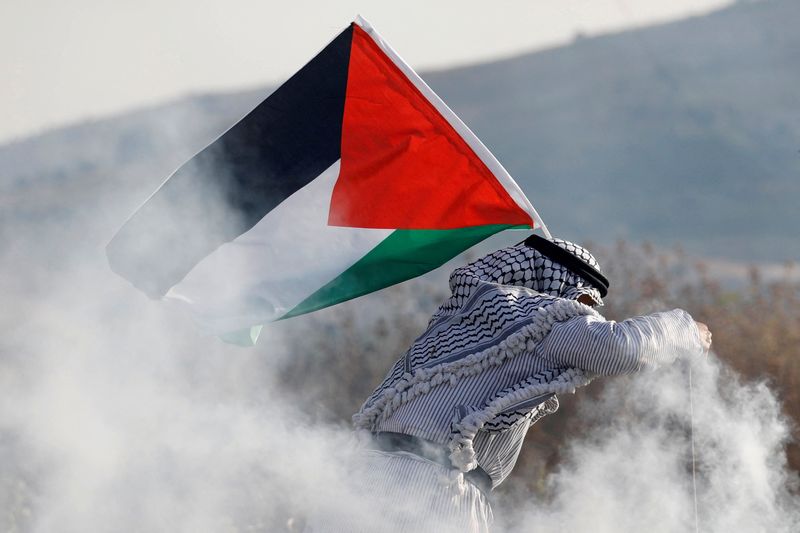 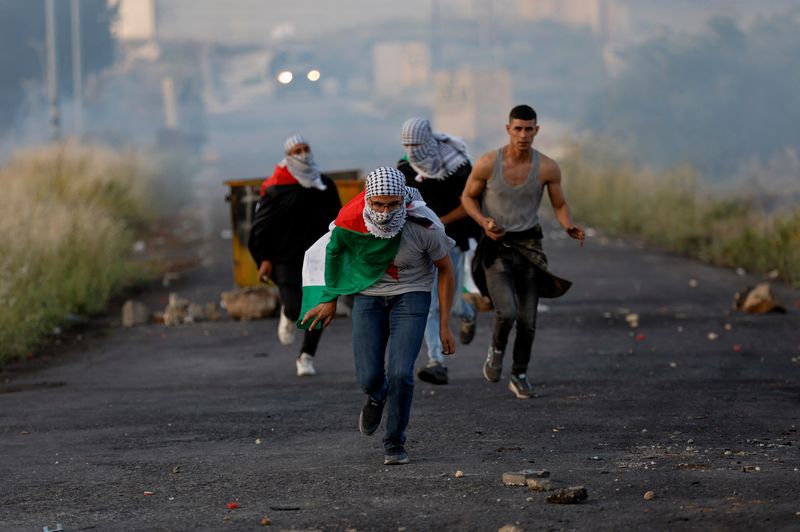 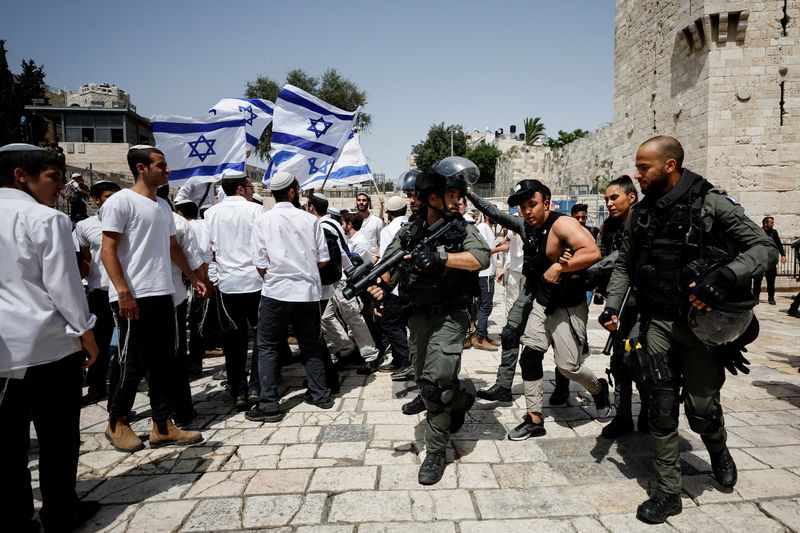 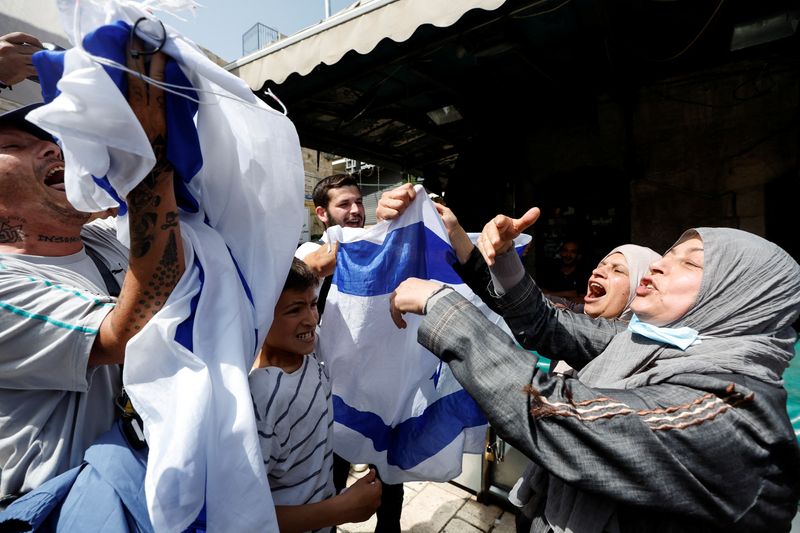 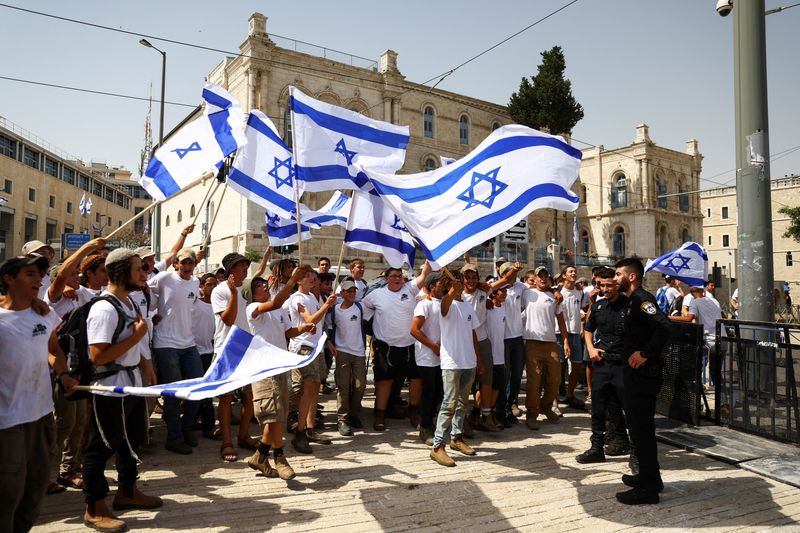