SEOUL – South Korean President Yoon Suk-yeol told the government on Monday to do all it can to stabilise the cost of living in the face of inflation now poised to increase more than earlier expectations.

“Given that higher prices mean a reduced wage income in real terms, I hope the government will employ all available tools to stabilise the people’s cost of living,” Yoon, in his first month in office, told a meeting of staff members.

He referred to the central bank’s sharp upgrade last week of its consumer inflation forecast for this year to 4.5% from the previous 3.1% and to its governor’s predictions of inflation rising above 5% in some months.

Yoon’s government has already announced plans to help reduce living costs via tax cuts and consumption coupons on some goods. 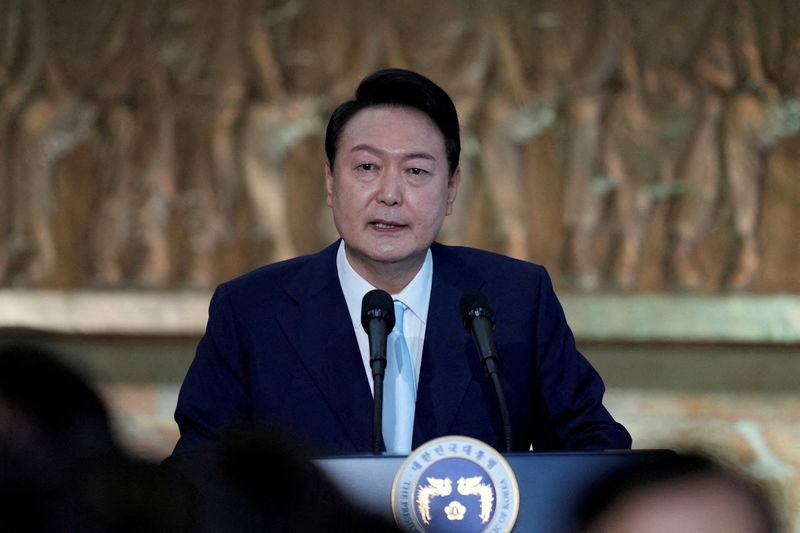