FRANKFURT – The timing of Warren Buffett’s recent investment in Citigroup Inc was not known in advance by the U.S. lender, Chief Executive Jane Fraser said on Tuesday.

Fraser, speaking to reporters in Frankfurt during a trip to Europe, also said the bank didn’t yet know whether it would keep its bank licenses in Russia, where it has been shrinking operations after the country sent troops into Ukraine.

“We didn’t realize that he was buying when he was doing so,” Fraser said, noting the billionaire investor had closely studied the bank’s investor day presentations and strategy.

“I’ve spoken with him, but I can’t speak for him,” Fraser said, adding that she was “delighted” by the move that she called “wonderful”.

At its investor day in March, the bank’s first in five years, Fraser unveiled a raft of profitability targets and gave detail on the revenue and loan growth required to achieve them, as Citi laid out its strategy for the next three to five years.

Berkshire’s investment takes its interest in Citi to 2.8%, making it the fourth-largest shareholder, according to Refinitiv data.

Citi, whose shares had slumped 38% in the 12 months prior to Buffett’s investment being made public on May 17, is undergoing an overhaul led by Fraser. It is also working to fix its risk and compliance systems after regulatory orders.

The bank is also working to pare down its Russia footprint, which is the largest of U.S. banks.

She said it was still unclear if Citigroup would hold bank licenses in Russia in the end. “The honest answer is we don’t we don’t know yet,” she said.

“We’re not quite sure what the end state looks like. But if there is a presence, it will be very, very, it will be small,” she said.

The bank is in the process of selling its consumer and commercial banking franchises in the country. Citigroup is focused on getting a deal signed and closed “as fast as we can,” she said. 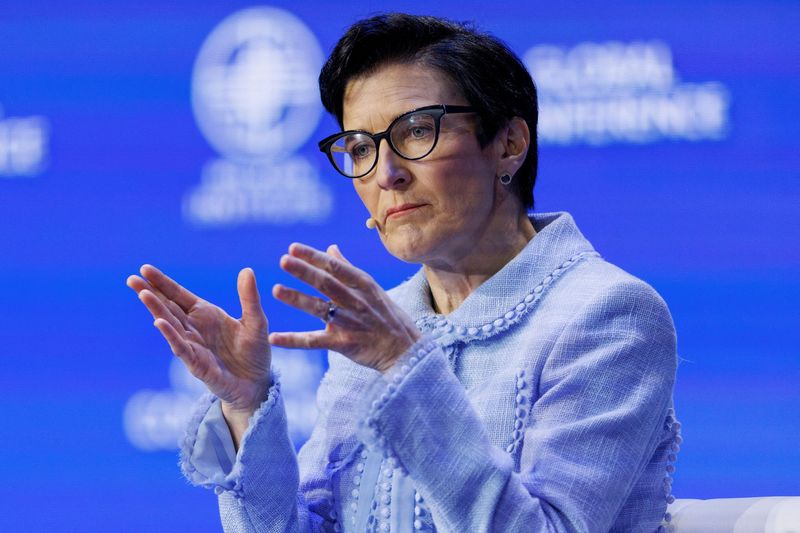