FRANKFURT -European Central Bank policymakers sparred over the size of their upcoming rate increases on Tuesday as data showed euro zone inflation rising to another record high in May.

Prices have risen sharply across Europe in the past year, with the ECB initially blaming lingering supply chain problems following the COVID-19 pandemic, then the Ukraine war which has caused the cost of energy and some foods to surge.

Inflation in the 19 countries sharing the euro accelerated to 8.1% this month from 7.4% in April, while price pressures continued to broaden, indicating that it is not just energy pushing up the headline figure.

The ECB has pencilled in gradual interest rate increases in July and September but, after Tuesday’s data, markets and at least one ECB rate-setter doubt that hikes worth 25 basis points each will be enough to tame fast price growth. [GVD/EUR]

“The data, in my view, cement the necessity to take the first step in raising rates,” Peter Kazimir, governor of Slovakia’s central bank, who is seen as relatively hawkish on inflation, told Reuters.

“My baseline is for 25 basis points (in July) but I’m open to talk about 50 basis points,” he said, adding that a half-percentage-point move could also come in September.

The Austrian, Dutch and Latvian central bank chiefs have all recently said that a 50 basis point rate hike should be on the table when they and other ECB policymakers meet in July.

But the central bank governors of Italy and Spain, two of the euro zone’s most indebted countries, struck a more cautious tone on Tuesday.

“Given the uncertainty of the economic outlook, the rates will have to be raised gradually,” Bank of Italy Governor Ignazio Visco said.

The ECB’s deposit rate, currently used as its benchmark, is set at minus 50 basis points, meaning banks are charged to park their money safely at the central bank.

Negative interest rates are the legacy of a decade of ultra-low inflation, which has been swept away in the space of a few months.

“The inflation problem in the euro area is getting worse,” said Commerzbank economist Christoph Weil. “Today’s price data once again increase the pressure on the ECB to end its ultra-loose monetary policy.”

Euro zone government bond yields rose after the data, which boosted expectations that the ECB might accelerate policy tightening.

But while headline inflation is four times the ECB’s 2% target, policymakers may be more worried by the rapid rise in underlying prices, which indicate that what was once seen as a transitory jump is now becoming embedded.

The problem is that once high energy prices seep into the economy, inflation broadens out and becomes entrenched, threatening a self-perpetuating price-wage spiral.

While evidence is not yet clear, a string of data – from a jump in negotiated wages to broadening core inflation – shows a growing risk of such a trend.

Dutch central bank chief Klaas Knot even argued that inflation expectations are at the upper end of “anchored”, indicating that households and investors could soon start to doubt the ECB’s resolve to tame price growth.

ECB policymakers next meet on June 9, when they will formally end a bond purchase scheme from the end of June and continue to signal rate hikes. 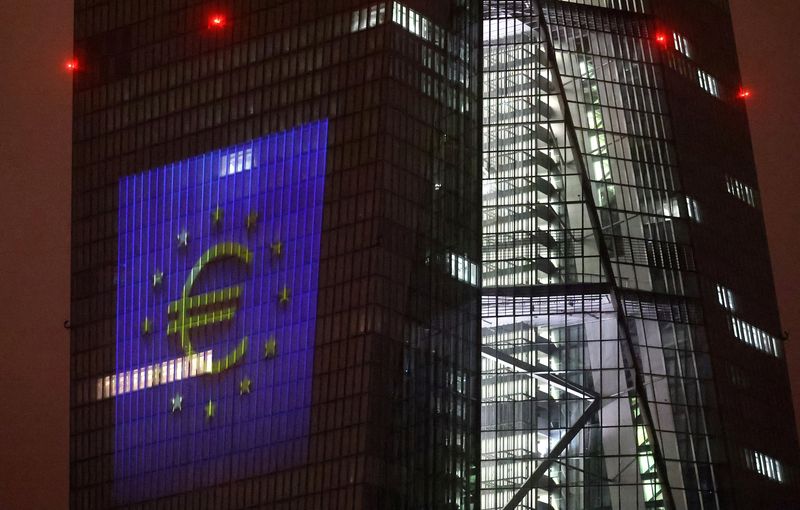