SEOUL (Reuters) – South Korea’s exports grew at a faster pace in May than a month earlier as a rise in shipments to Europe and United States more than offset disruptions to trade with China from its strict COVID restrictions.

Exports rose 21.3% from a year earlier to $61.52 billion, trade ministry data showed on Wednesday, beating the forecast for 19.3% growth in a Reuters poll and well ahead of a 12.9% rise in April.

South Korea’s monthly trade data, the first to be released among major exporting economies, is considered a bellwether for global trade.

Shipments to the United States jumped 29.2% from a year earlier, above than April’s 26.6%, while exports to the European Union gained 23.5%.

Lockdowns in China have snarled logistics and supply chains, hammering trade in the region.

Exports to China grew just 1.2% in May from a year earlier after declining 3.4% in April.

“May this year had more working days compared to last year. Exports to the U.S. and Europe continue to be strong, although China-bound exports and shipments to Hong Kong remain weak amid their COVID policies,” said Park Sang-hyun, an analyst at HI Investment & Securities.

“Going forward, the biggest risk to South Korea’s exports cycle would be China.”

The central bank also downgraded the country’s growth forecast for this year to 2.7% from an earlier forecast of 3.0%, as it sees slower global demand hurting South Korea exports in the second half. 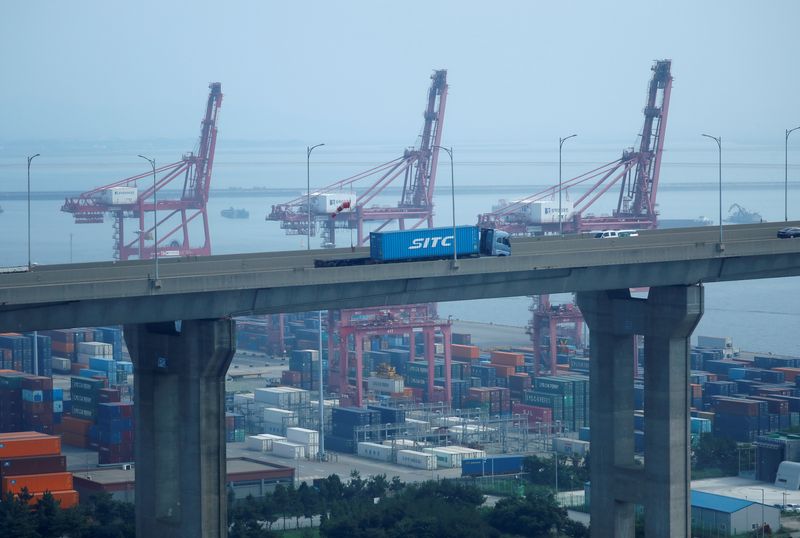