CAPE TOWN/LAGOS/DAKAR – A shortage of oil refineries across sub-Saharan Africa coupled with soaring crude prices because of the war in Ukraine has left countries dangerously short of fuel supplies, disrupting airlines and causing queues at filling stations.

The surge in prices comes in tandem with a spike in the cost of food after Russia sent troops into Ukraine, hitting tens of millions of people already living in precarious conditions, as well as government and aid agency budgets.

Refineries across sub-Saharan Africa combined can process 1.36 million barrels of oil a day (bpd), in theory, but with many out of action, only 30% of that capacity was used last year, according to independent consultancy CITAC.

Refineries in Cameroon, Ghana and Senegal are shut, as are four in South Africa. Africa’s biggest oil producer, Nigeria, pumps over 1.3 million barrels a day, but the two privately owned plants still running there can only process 1% of that.

The African Export-Import Bank and the African Petroleum Producers’ Organization signed a deal in May to create a multi-billion-dollar “energy bank” to boost private investment in the sector but analysts say there a few quick fixes on the horizon.

Fuel shortages are also hitting Western nations, but the impact in Africa is expected to be longer lasting as governments and companies are generally less able to afford the sky-high cost of imported fuel, or come up with the millions of dollars needed to get refineries running again at full tilt.

“It is likely that the situation may get much worse in the short term,” Anibor Kragha, head of the African Refiners & Distributors Association (ARDA), told Reuters.

Big Western oil companies have been withdrawing from refinery projects in Africa in recent years and local investors and governments have largely failed to plug the gap, leading to a chronic lack of investment in modernising facilities.

The upshot is that despite the continent’s estimated 125 billion barrels of oil reserves and 600 trillion cubic feet of natural gas, African countries rely almost exclusively on imported petroleum products to power their economies.

Even major crude oil exporters, Nigeria and Angola, depend on imports for almost 80% of their domestic fuel needs, government officials say.

Governments are now scrambling to get refineries up and running in the face of growing discontent over price spikes.

Ghana’s 45,000 bpd Tema refinery, for example, has been out of action since an explosion in January 2017. Ghana’s President Nana Akufo-Addo said “intense efforts” were now being made to rehabilitate the refinery to help address soaring fuel prices.

However, getting the refinery online would require $40 million in new investment, industry sources said, which the country can ill afford as it contends with a growing mountain of debt and a double-digit fiscal deficit.

It’s a similar story in Cameroon.

The 42,000 bpd Limbe refinery has been shut since a fire in 2019, but a directive from the president’s office seen by Reuters asked the finance minister on April 22 to put plans in place quickly to revamp the heavily indebted plant.

Africa’s richest man, Aliko Dangote, a businessman who made his fortune in cement, is building a vast refinery in Nigeria that will have a capacity of 650,000 barrels a day, putting it just outside the top five refineries in the world.

But its much-anticipated launch has been pushed back to next year and the overhaul of Nigeria’s Port Harcourt refinery which will take years has only just started after two decades of discussion.

Angola, which is Africa’s second-biggest oil producer pumping about 1.1 million bpd, has plans to build more refineries in addition to its sole 65,000 bpd plant in Luanda.

Diesel and jet fuel in particular have been in short supply as refiners drastically scaled back output during the pandemic when travel restrictions grounded planes while Russian diesel volumes have fallen since the Ukraine war began.

Nigeria’s airlines threatened to suspend domestic flights due to soaring jet fuel costs before backtracking. The country subsidises gasoline at a high cost, but not diesel or jet fuel.

Senegal’s 27,000 bpd SAR refinery in Dakar has been offline since November for repairs and the country’s gasoil supplies were down to just three days at the end of April, triggering long waits for motorists at pumps.

In South Africa, where four refineries are down including one of the region’s biggest, the 180,000 bpd Sapref plant in Durban, some airlines were forced to re-route away from one of Africa’s busiest airports due to jet fuel shortages.

While some countries in North Africa are particularly exposed to the slump in grain exports from Ukraine, refineries in the region are in better shape than south of the Sahara, running at 80% capacity last year, CITAC data showed.

In the absence of refining capacity, oil majors and commodities trading firms have for years sent oil products from the Middle East and Far East to float in large tankers off the shores of Togo in West Africa, where they can then be split up into smaller volumes for last-minute deliveries.

But with prices for immediate delivery so high and the market unusually volatile, big players have pulled back. Higher trade costs and extra outlays due to credit concerns with small, independent African importers are compounding the problem.

In recent tenders to buy diesel or jet fuel, traders said only two or three companies responded, compared with six or more before the Russian invasion of Ukraine, which Moscow calls a “special military operation”.

Ghana has so far been spared shortages, but importers say daily price increases mean each purchase is more expensive than the last. Retail diesel prices were up more than 90% year-on-year in April, according to Ghana’s statistics service.

“These conditions mean you effectively need double whatever credit you would have needed last year,” said Senyo Hosi, head of the Ghana Chamber of Bulk Oil Distributors.

With prices for immediate delivery so high compared with future months – a market phenomenon known as backwardation – there is little incentive to store products for future sale.

Physical jet fuel prices hit record highs in April in Europe and the United States while stock levels fell to their lowest in two years at Europe’s key ARA oil hub in the week to May 12. [ARA/]

Russian diesel, fuel oil and other products were previously stored and re-blended in ARA (Amsterdam-Rotterdam-Antwerp) for transport to Africa, but Russian crude and products can now only be sold to European buyers in certain cases.

“This is unfortunately likely to further exacerbate the current shortages,” Trafigura’s Torrance said.

(Reporting by Bate Felix in Dakar, Julia Payne in Lagos, Cooper Inveen in Accra and Wendell Roelf in Cape Town; Additional reporting by Amindeh Blaise Atabong in Yaounde; Editing by by Mike Collett-White and David Clarke) 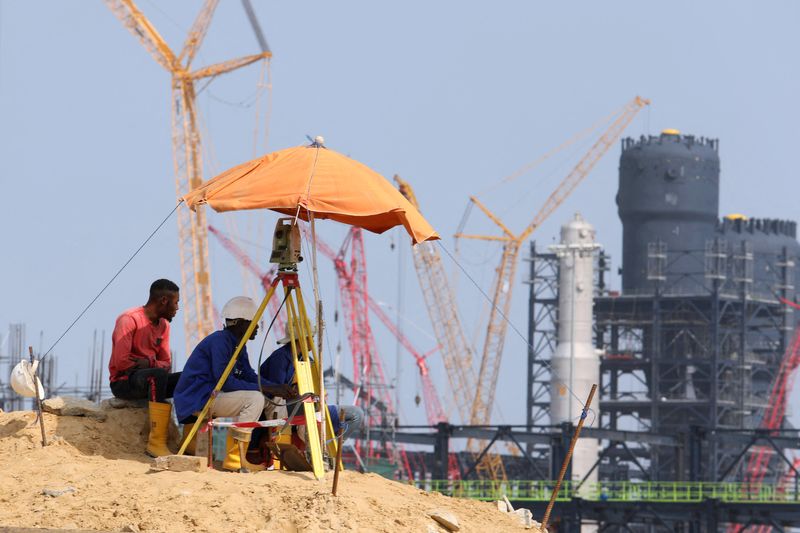 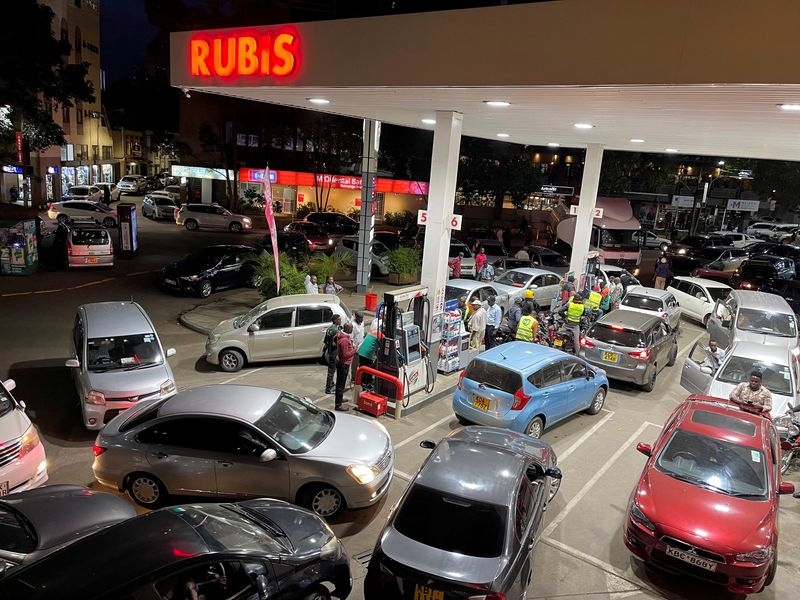 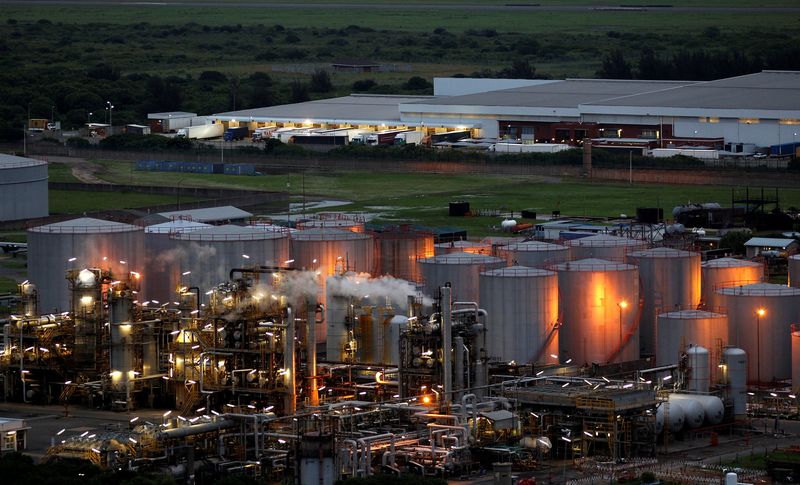 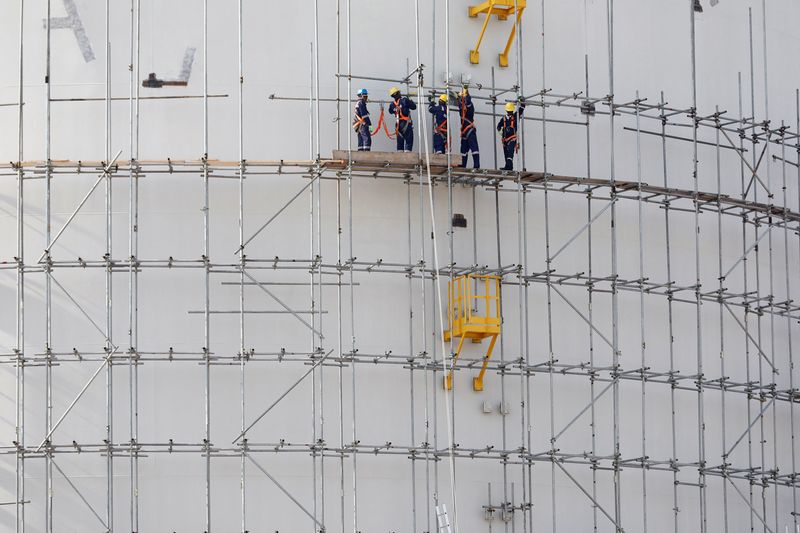