By Jarrett Renshaw and Stephanie Kelly

(Reuters) -The Biden administration is likely to raise ethanol blending mandates for 2021 above the figure it proposed in December to align with actual U.S. consumption levels, according to two sources briefed on the decision.

In December, the U.S. Environmental Protection Agency proposed that refiners blend 13.32 billion gallons of ethanol into the fuel pool, a move that angered Farm Belt lawmakers and biofuel producers who said it was too low.

But recent federal figures show U.S. consumption of ethanol at about 13.94 billion gallons. The administration is now considering lifting the 2021 mandate to around that level, the sources said.

A final decision on the mandate has not yet been made, the sources said. The White House and the EPA, which administers the mandates, did not immediately comment.

Administration officials huddled at the White House on Tuesday to review options for the mandates for the years 2020-2022, which are being set retroactively because of disruptions caused by the fallout of the COVID-19 pandemic, the sources said.

The administration has not given any indication it plans dramatic changes from its 2020 and 2022 proposals, the sources said.

The meeting underscores the political implications of the upcoming decision, which will impact fuel and food prices amid a 40-year high in inflation rates.

Under the U.S. Renewable Fuel Standard (RFS), oil refiners must blend billions of gallons of biofuels into the nation’s fuel pool, or buy tradable credits from those that do.

The rule has long been a point of contention between the powerful oil and corn lobbies. While the mandates have set up a multibillion-gallon market for corn farmers and ethanol producers, merchant refiners claim the requirements are costly and threaten to put them out of business.

The EPA can grant refiners so called-Small Refinery Exemptions (SREs) to the mandates if they prove the obligations harm them financially. However, the EPA in December proposed rejecting pending applications for the exemptions, following a court decision that narrowed the situations in which the agency can grant them.

As a response to the likely SRE denials, the EPA is expected to release a proposed rule that would extend RFS compliance for small refiners for the years 2019, 2020 and 2021, three sources told Reuters on Wednesday.

In recent weeks, merchant refiners and unions went on an advertising blitz in Washington, Delaware and Philadelphia markets calling on the Biden administration to lower volumes in the final rule, arguing that the program threatens refineries and well-paying jobs.

The Fueling American Jobs Coalition sent out a statement on Wednesday that included letters from Ohio and Michigan labor leaders calling on U.S. President Joe Biden to lower the proposed biofuel blending mandates offered in December.

“If finalized, this dangerous proposal would continue driving pump prices higher and potentially trigger a nationwide shortage of the program’s compliance credits – known as RINs – in the months to come, threatening thousands of high-quality refinery jobs in Ohio and Michigan,” the group said.

The EPA, which administers the RFS, is expected to release a final rule on biofuel blending mandates by Friday.

After the Reuters story on Wednesday, U.S. renewable fuel (D6) credit prices climbed 11% to trade at $1.50 each, traders said. 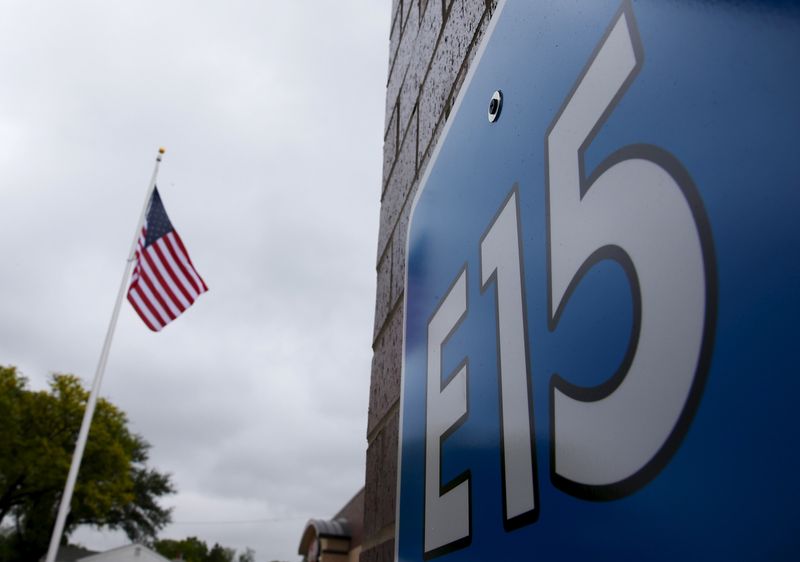