HELSINKI -Finland and Sweden said on Wednesday they would continue a dialogue with Turkey over their bids for NATO membership, but did not say whether there had been progress on overcoming Ankara’s objections to their joining the military alliance.

The Nordic neighbours applied to join NATO last month in response to Russia’s invasion of Ukraine, but they have faced resistance from Turkey, which accuses them of being safe havens for Kurdish militants and wants them to scrap arms export bans.

“Together with Sweden, we will do our homework and prepare for the questions Turkey has,” Finnish Foreign Minister Pekka Haavisto told reporters in Helsinki, commenting on talks that took place in Ankara last week.

NATO Secretary-General Jens Stoltenberg said during a visit to Washington that he would convene senior officials from Finland, Sweden and Turkey in Brussels in the coming days to discuss the issue.

U.S. Secretary of State Antony Blinken, after meeting Stoltenberg, said NATO members’ security concerns should be taken into consideration, but said he was confident the accession process for Finland and Sweden would move forward.

Speaking at an event in Stockholm, Swedish Prime Minister Magdalena Andersson said she expected constructive meetings with Turkey to take place in the near future.

“Our responses to demands and also questions from Turkey we will take up directly with Turkey and also sort out any issues and misunderstandings that there might be,” she said.

Haavisto said he saw no need for the legislative changes related to terrorism that were demanded by Turkish Foreign Minister Mevlut Cavusoglu on Tuesday.

Turkey has accused Finland and Sweden of harbouring people linked to groups it deems terrorist organisations, including the Kurdistan Workers Party (PKK), but Haavisto said the PKK was already considered a terrorist group by all EU members, including Finland.

Haavisto gave no timeline for the ongoing talks with Ankara, but struck an optimistic note.

“Perhaps such a thought still exists that at the Madrid summit, NATO could have something positive to tell about expansion,” he said, referring to a meeting of the alliance due to be held in Spain at the end of this month.

(Reporting by Essi Lehto and Anne Kauranen in Helsinki; additional reporting by Simon Lewis and Humeyra Pamuk in WashingtonEditing by Terje Solsvik and Helen Popper) 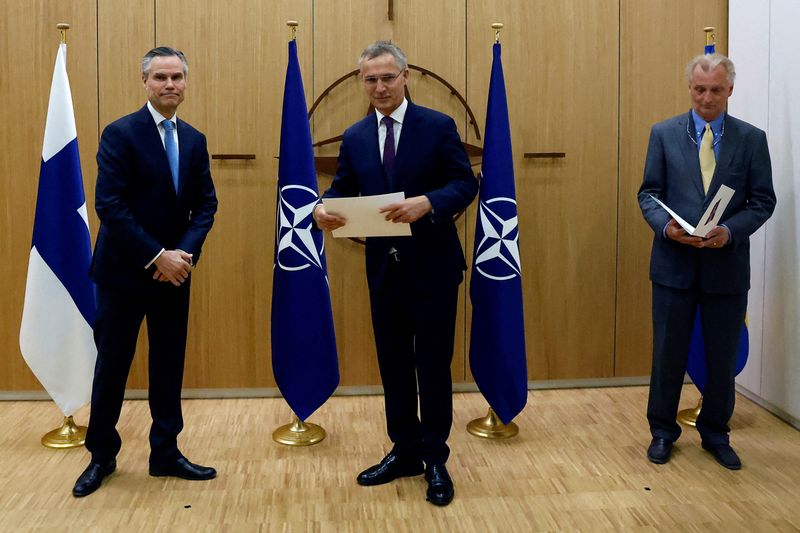 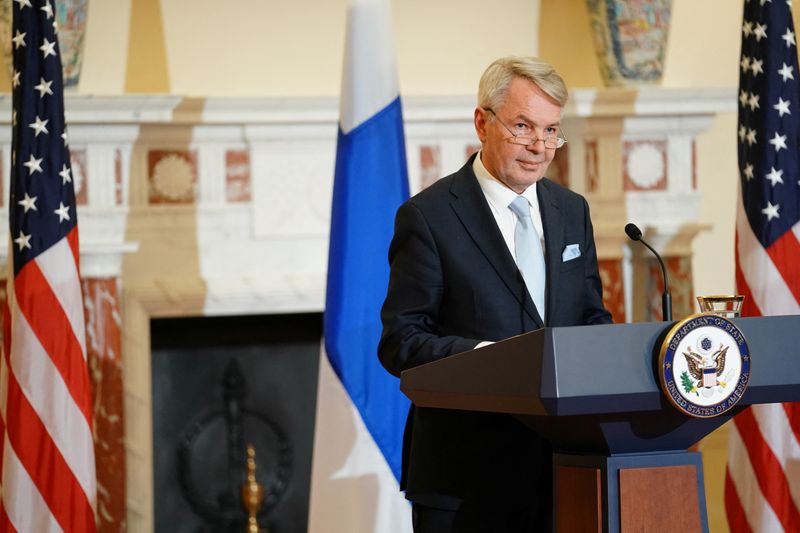